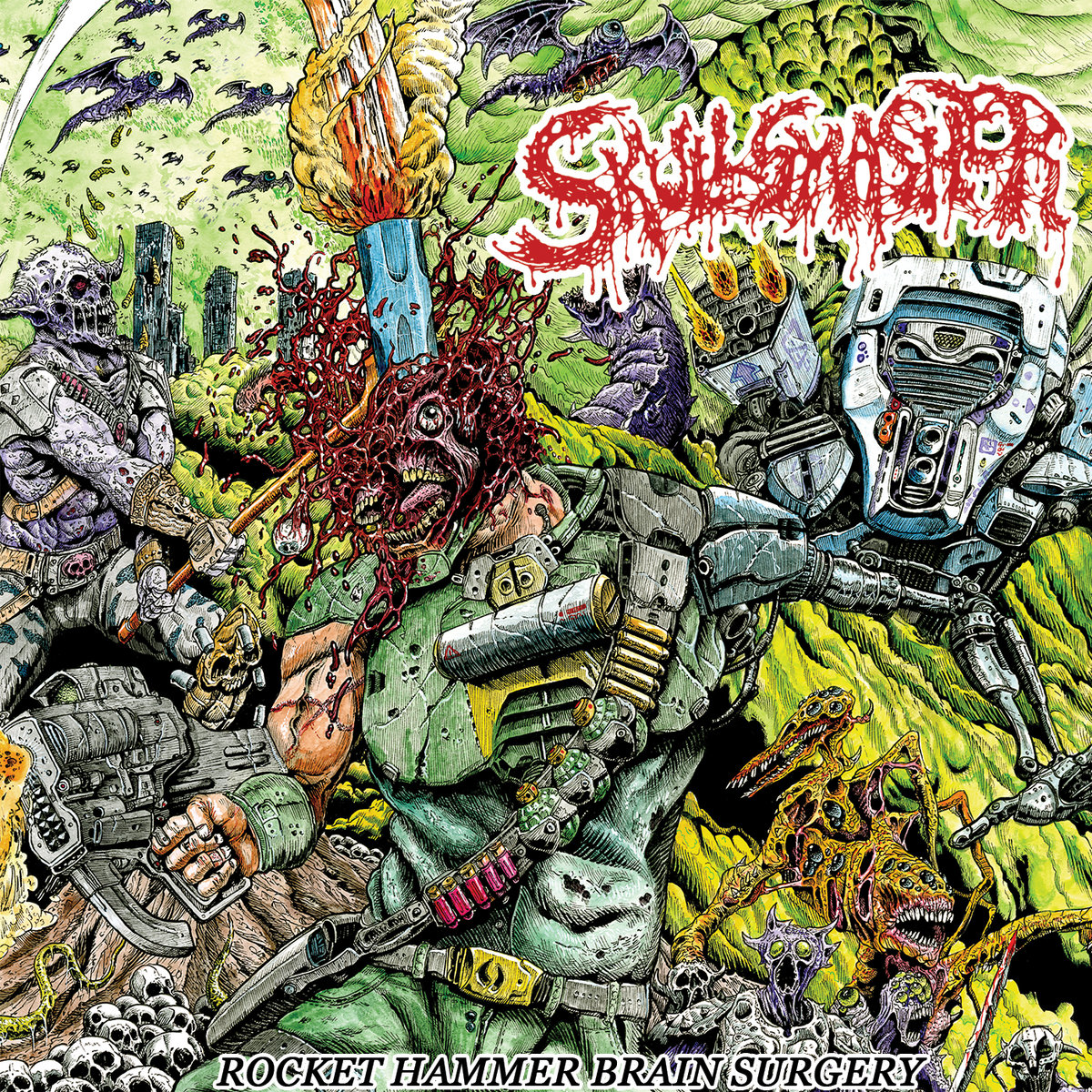 Brandon Corsair (Draghkar, Azath, Grave Spirit) started Skullsmasher as an ode to the ancient days of death grind in 2017. Joined by Neil Tyrant and Vince Gutfucker on drums and bass respectively, they recorded a demo titled Cranial Emulsification and released it on Night Rhythms Recordings. Shortly after the release, the band broke up. However, Brandon soon reformed Skullsmasher with Andrew Lee (Ripped To Shreds, Azath) on guitar/vocals in a ripping merger of both the sounds of the earliest days of grindcore. Assisted by Gu Ji on drums, the Californian trio quickly wrote and recorded Rocket Hammer Brain Surgery, a fire breathing vignette of anger and alienation.

Blasting grindcore expressing our angst and frustration by exploring sci-fi anime themes. I always want to create something that I would be a fan of. For the writing in this record, I usually came up with a song structure in my head, then wrote drum parts, then I would come up with riffs that fit the drums and structure. There’s no lyrical concept tying the entire album together. Some songs are about propaganda, some are about drivers with terrible road rage. “Mobile Armor” is about Tenkuu no Escaflowne, a 1994 fantasy mecha anime that dealt with a war over a wish-granting device.