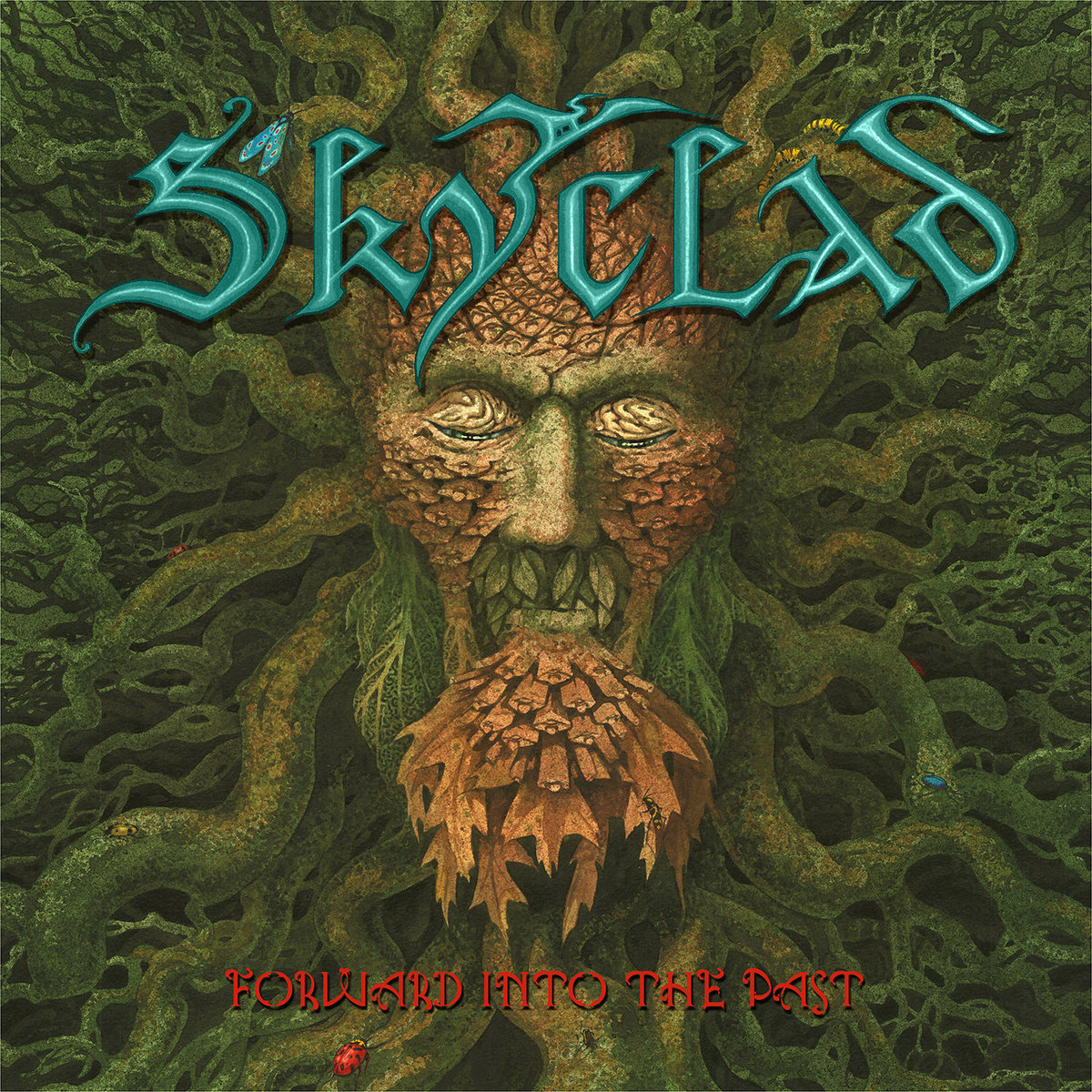 Skyclad is a British heavy metal band formed in 1990 in their hometown of Newcastle-Upon-Tyne. Combining heavy metal/thrash metal with British indie/post-punk and folk influences, they created a highly original and influential sound; today SKYCLAD are widely regarded as one of the originators of folk metal. The band’s lyrics are generally in the vein of a classic protest band, discussing politics, society, social issues and environmental destruction. In the past 25 years, Skyclad played hundreds of shows all across Europe and released 12 critically acclaimed LPs plus several EPs and compilation albums. The band recently recorded their 13th studio album ‘Forward Into The Past’. This new album also marks the return of guitarist Dave Pugh to Skyclad’s line-up as a permanent band member and Duncan Storr once again provided the artwork. The new album was released in April 2017 through Listenable Records.

HMA: How did your latest release develop in terms of production, songwriting, and creative direction?

Graeme English: To be sure, this has been a strange process for us because everyone is asking what we have been doing for eight years. We really didn’t plan to have an eight-year gap between albums and we actually started writing new material back in 2011. However, things happened (both good and bad) that got in the way of us doing any new material. It was only in early 2016 that we finally decided to go for a new album. By this point, Dave Pugh was back in the band and thing felt a lot more positive. So, in fact, it only took us a few months to write and record the album. Though when we went into the studio we didn’t actually have any songs finished and there wasn’t much done in the way of pre-production; so it was all done rather quickly in the studio. Luckily, I had previously developed a sort of plan for the album regarding the topics for the songs and I knew I wanted ten songs plus an intro, an outro and a short instrumental break. We sort of stuck to this plan and it helped pull everything together. I think this plan, recording in our hometown, having Dave back in the band and getting Duncan involved again, along with using Dario Mollo to do the mixing, have all helped to give the album the feel it has.

HMA: What would you say is the central focus for the artistic direction of the band?

GE: I think that there is a certain amount of eccentricity with lyrics, song titles and striking artwork that work together on themes of socio-economic commentary, the environment, business and so forth. After 27 years we have a bit of previous, so these are the sort of things that our audience expect from us.

HMA: How is the new material sounding and what are to expect from your next release?

GE: We have just released the new album and the reaction to it has been very positive. Some people have said that it sounds like some of the band’s albums from the mid-nineties and that it fits nicely into the catalogue. So I think it has a ‘classic’ sort of Skyclad sound. I like the fact that it sounds sort of warm and natural and isn’t over processed or overproduced. I think this is the result of recording in our hometown (Newcastle upon Tyne) and using our trusted (i.e. old) equipment. This album is the first we’ve recorded for eight years but, hopefully, the next one will be a lot quicker. As to what it will sound like, who knows? One thing about Skyclad is that all the albums sound different from the previous one. As we say, “the same but different”.

GE: It has grown to become hugely important. The artwork of the first release is still used for shirts to this day but I think it was probably on the third album (Jonah’s Ark), when the band first starting working with Duncan Storr, that the band’s artwork became a strong talking point for the band in that the imagery became readily identifiable with the band. Again, people have immediately commented on the new album cover as belonging to the Skyclad tradition.

GE: I think the earliest memory I have that really made an impact was watching Slade performing ‘Coz I Luv You’ (complete with an electric violin) on Top Of The Pops in 1971 when I was just a kid. I thought WOW, so this is like a real job, something you can do for a living? I started playing the guitar straight after that and it took over my life.