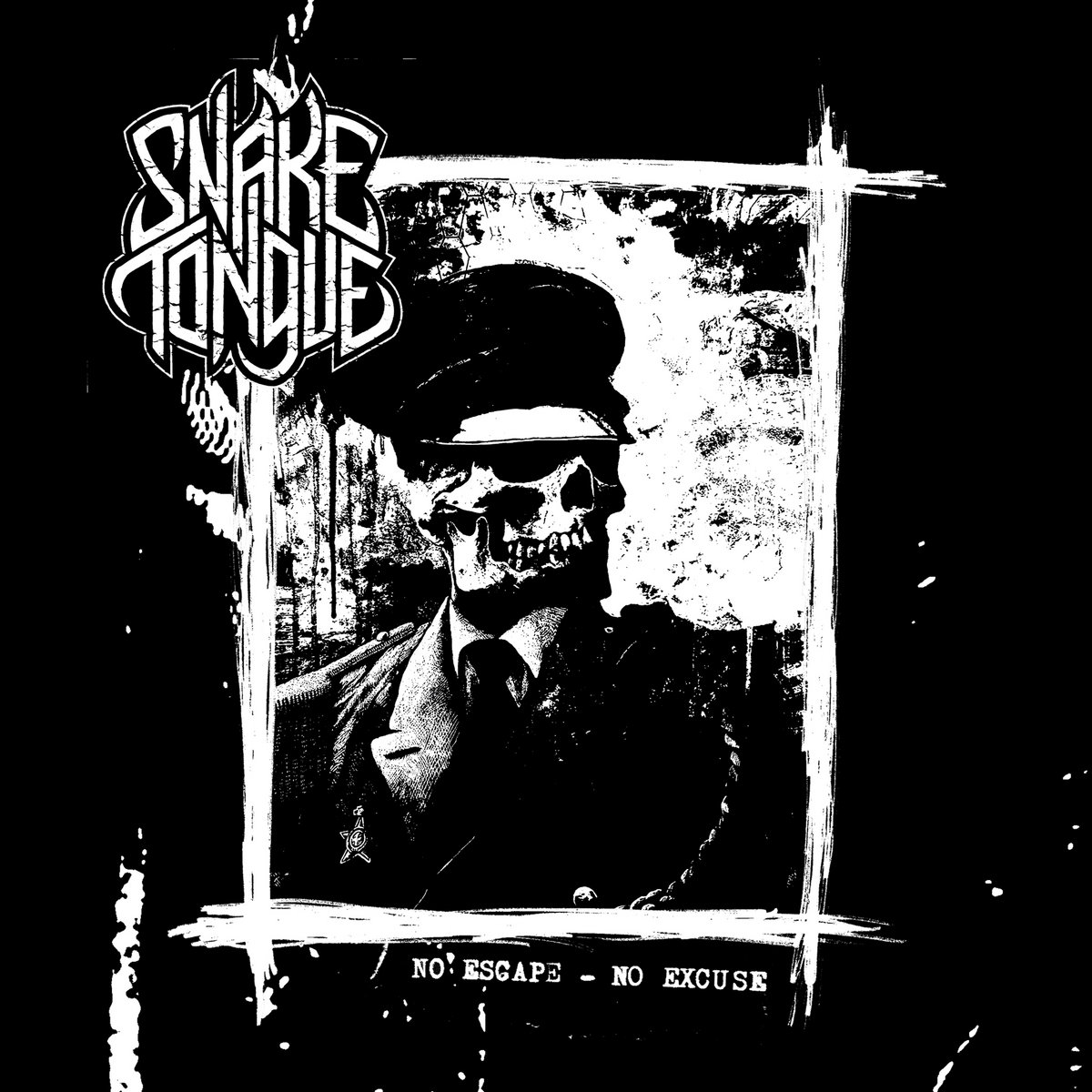 No Escape – No Excuse By Patrik L

In a world where the darkest sides of humanity rear their ugly heads again and again, there is no escape and no excuse. We are ”at fault like all the rest”. Snake Tongue does not point fingers, we are all a part of what goes on around us, one way or another. Stand by, march along or choose a different path. Emerged in the ashes of Linköpings hardcore scene Snake Tongue set out to mix things up, taking the pulse from punk and hardcore, the rotten breath of grindcore and the bloody broken bones of metal and melt it all together.

With the band’s ambition to blend all kinds of extreme music into one entity, it also opened up to play with different types of bands gaining a broad following in the  hardcore-, punk- and metal scenes.

Lineup changes in the band and touring left a tight-knit group with a common focus and goal. There are unwritten rules in music and invisible lines that people are afraid to cross. Snake Tongue never liked rules and Snake Tongue don’t care. There are no rules and music should be creative, music should touch feelings, stimulate new thoughts and music should be challenging. The dark and harsh lyrics of the EP reflects a reality/society in decline, but also calls for action, resistance and reflection. Snake Tongue offers no answers but asks for reflection, afterthought and self-awareness. We can not escape reality and we can not use apathy as an excuse. ”Where is my heart?” is the question in track Dystopian Slumber, do I want to be a spectator and watch the world downfall on a screen or do I want to be apart of our reality, take responsibility and strive for a better world for all? There’s no escape and no excuse – Snake Tongue is the soundtrack to the impending apocalypse.

Our music emerged in the ashes of Linköpings hardcore scene Snake Tongue set out to mix things up, taking the pulse from punk and hardcore, the rotten breath of grindcore and the bloody broken bones of metal and melt it all together.

In February 2019 we released the ‘No Escape – No Excuse 7”’ EP which was our first release with this lineup. It felt really good to get stuff out and kind of mark a new era of Snake Tongue. We are currently recording our 2nd album which will be released during 2020. The last years we as a band and as songwriters have developed a lot and it feels good to finally share this.

What inspires us? Everything around, all day life and struggle. Both big global political situations as well as small everyday life events. I write most lyrics I would say I draw inspiration from all of the above. I also like to take inspiration from literature and of course other music and lyrics. If you dig into Snake Tongues lyrics I’m sure you will find some ”stolen/borrowed” words from some books and songs.