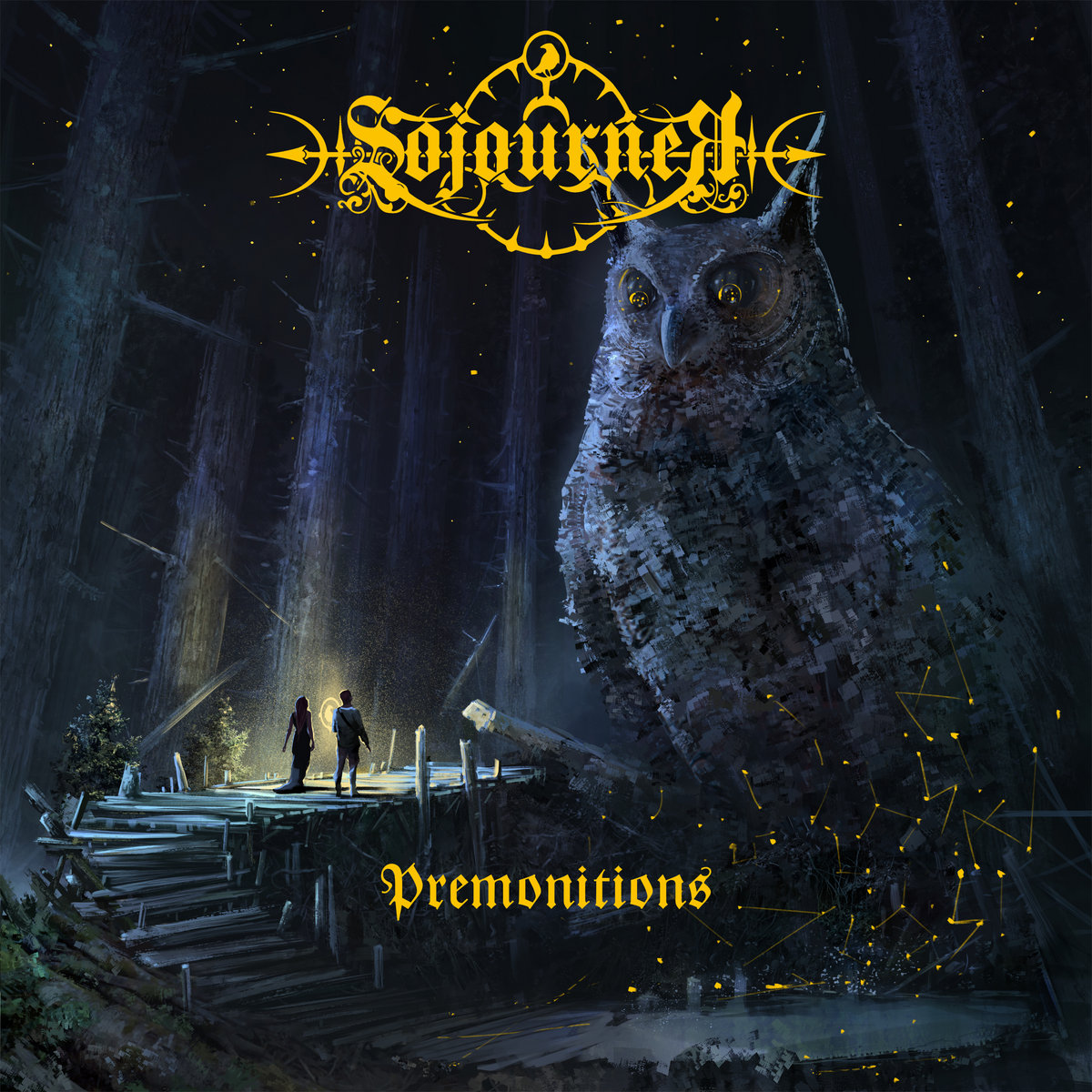 Sojourner is a multi-national folk-influenced atmospheric metal band from Dunedin, New Zealand; Malmö, Sweden; Bergamo, Italy; and Dundee, Scotland. Formed in 2015 in Dunedin, New Zealand the band is signed to Napalm Records and was previously with Avantgarde Music.

Mike L.: The band name itself came from my bandmate and co-founder Emilio, so I’ll let him tackle the origins and meaning, but the name to me encapsulates our sound and status as an international band with no one single home.

Emilio: The name just came me to one day, and I honestly don’t know if I heard it somewhere or maybe seen it leading up to the thought. I honestly can’t remember. But once I said it out loud to myself, I knew that was the name for us. Its definition alone fits the lyrical themes I usually write about and even the newer ones. We’re always drifting in one way or another throughout life, and it’s this makes all of us sojourners.

When we first started to discuss the album’s ideas and direction, we knew we wanted it to be a darker album musically and lyrically. Unfortunately (or fortunately depending on how you look at it), things happened in all our lives that didn’t just make us write a darker but turned into a cathartic experience. We turned what was going on into the actual album. That was a big suspicion if you ask me.

Mike L.: Musically we pull influence and inspiration from all over the place, both from within metal and outside. Our influences tend to range mostly from things outside of music these days though, from movies/series to art to games to get out among the natural world; it tends to cloud the creative side of things less when you aren’t directly influenced by your creative realm where you can help it. Though obviously, we listen to music all the time, so some influence is inescapable. On that front, it would be a wide range of things, from soundtracks such as Toshio Masuda’s Mushishi OST to Akira Yamaoka’s Silent Hill OST, and plenty of great bands like Sleep Token, Borknagar, Ihsahn, Leprous etc.

We love a lot of black metal, but we don’t identify with a lot of the Black Metal philosophy. It’s a genre that can attract many elements we don’t align with, stuff like outright misanthropy and nihilism, but there’s a lot of great music in the genre. I’d say we have as much in common with Melodic Death Metal, Doom Metal, and Folk Metal as we do with black metal, probably, even more, these days. We just go with atmospheric metal as a genre for Sojourner. Our philosophy is to make the music that we want to hear, so we don’t stick too much to anyone genre-based philosophy.

Emilio: We continuously get lumped into the black metal side of things, and then people are confused when they don’t hear relentless blast beats and tremolos. I love black metal, but it’s only a small side of our wide range of sound.

Traditionally, our lyrics have been very nature or fantasy-based. Most stories just made up in my head or loosely inspired by something, but I’ve never actually written about a particular historical event or tale or anything like that. For reasons stated before, the new album had a departure from this formula, but it’s not abandoned. It will return.

Mike L.: I’m not really into the dark arts, my background is purely one of science, and I find many “dark arts” kind of cheesy. Metal, to me, doesn’t need those elements to thrive, in a lot of ways it’s one of the most cliche things associated with the genre as a whole these days. Metal had the notoriety of shock value in the early days, but it’s become a cliche that holds Metal back from exploring the more interesting territory, to be honest.