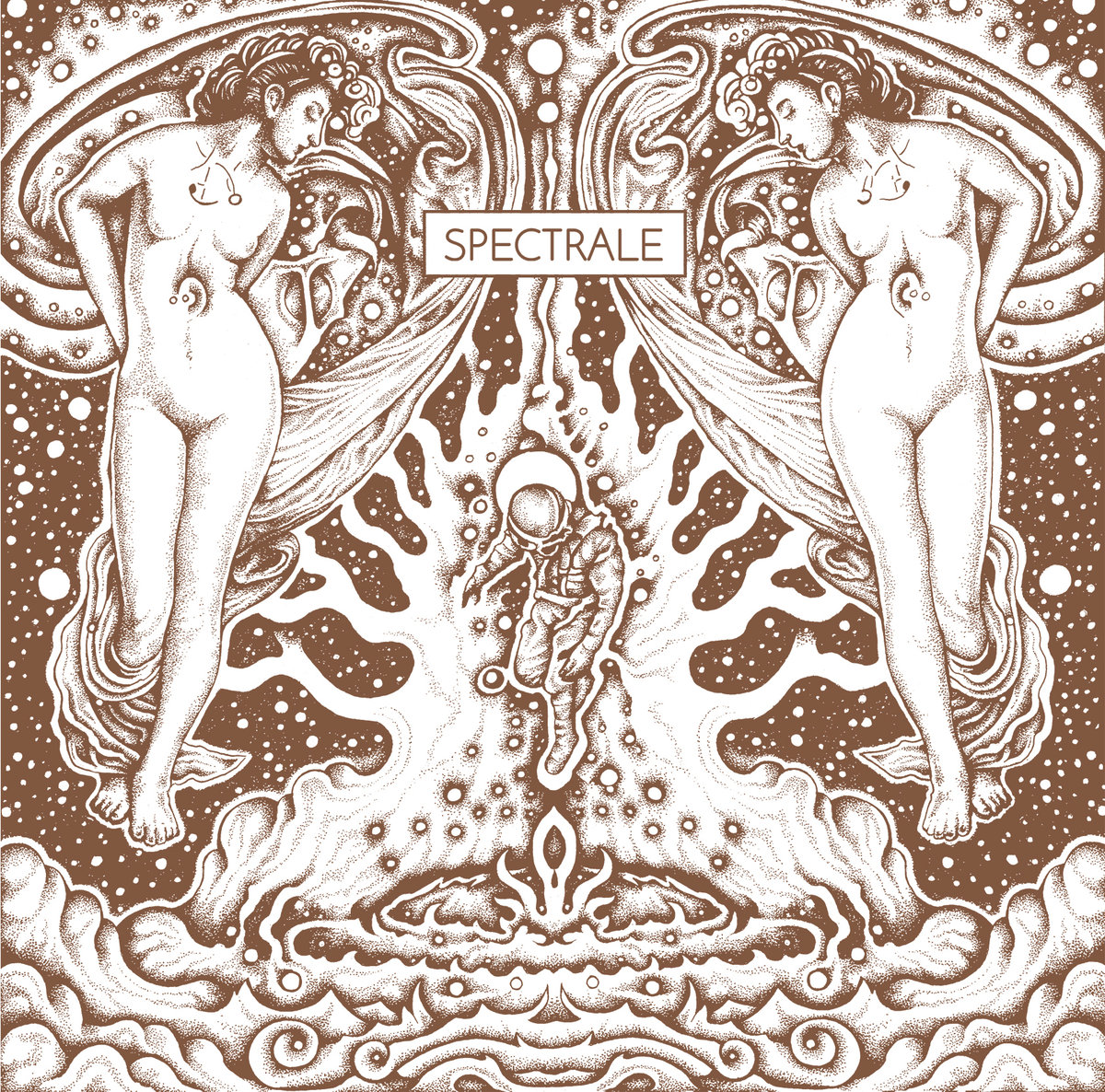 Spectrale is Jeff Grimal’s solo project started in 2014. It is the result of long-term work on acoustic, hypnotic and esoteric music exploration. The band released a demo in May 2016 on “Inductive Oppression Records”, but also a Split on “Emanations” with the help of Jean Baptiste Poujol for some tracks and recording. The band’s concept is total freedom regarding composition, rhythm experimentation or harmony. The compositions call on some meditation or automatic writing, on a broader range and instinctive musical techniques, an opening to infinite countries; the unfathomable acts on the music. The first album was created with Jean Baptiste’s help for a year, it is composed of 9 tracks and is the result of a musical laboratory and a long period of introspection. The band reunites now Jeff Grimal (guitarist), Xavier Godart (noise guitarist), Léo Isnard (drummer) and Raphael Verguin (cellist).

The album is called ‘Triangle’ which is a symbol of infinity, in my opinion. That is Spectrale’s first album, released at Les Acteurs de l’Ombre, a French label providing great quality works, especially on the Black Metal era. The album was released by the end of 2017 and received great feedback from the audience and the media. On the other hand, we are currently composing the next album.

For this album, I composed almost all the tracks: my way of writing is very instinctive, a lot like automatic writing. I usually play the same riff or rhythm, and then I search for harmonies, melodies. Once the work is done, I interface the notes on a tablature using the software Guitar Pro and send the result to the other musicians.

The recording was done in a seaside studio: we gather around this magic place, which became a creative laboratory. I could try lots of things without any stress for a year. It was important for me to take the right time and to do things calmly.

t created all the artworks for Spectrale. The concept is the Human rise to the cosmos: you can see on the cover two women and, between them, an astronaut travelling through infinity. Andromeda represents those two women, a strong figure of the Greek mythology – she represents the beauty. It is a symbol: we are directed by the universe, but also we are the universe. I wanted to create a soft and contemplative artwork; I think it describes quite well the album. It deals with travelling through the stars and the inner journey: the human being needs of escape and knowledge. I think the listener will get what I meant by just looking at the cover.

My inspiration is varied: it could be a moment of my life or music. Just so that you can imagine how I work: I let my instinct goes, it is much more reflective and meditative – most of the time I am in a sort of bubble, out of time and space; it is like automatic writing as I said. For Spectrale, I created the drawing and the music at the same time. I ritualised a lot on this work. When I say ritualise, I do not mean drawing a pentagram and doing some incantations, no, I mean being in a meditative state where I gave music a much darker tone and a much lighter one to my being.