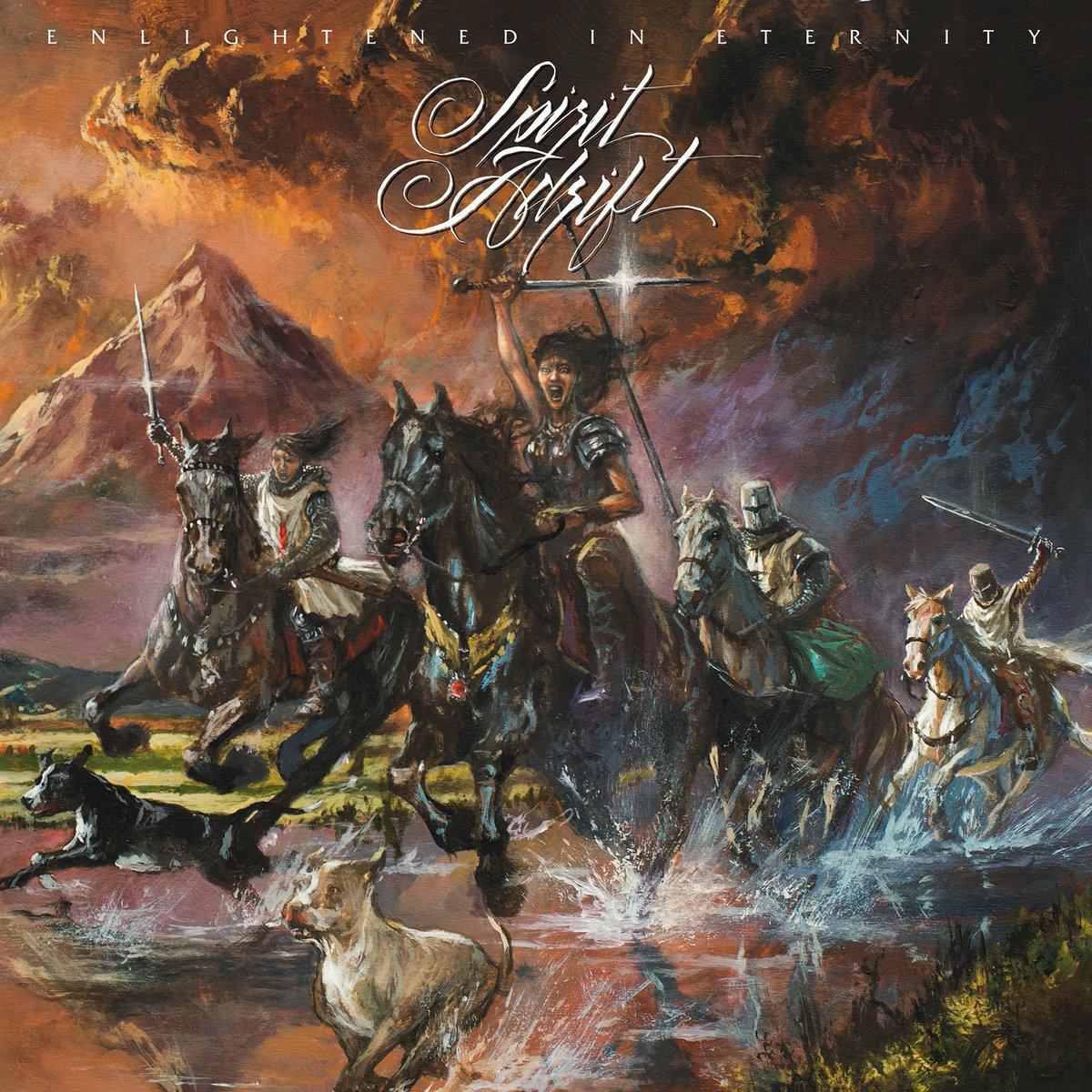 Enlightened in Eternity by Nate Garrett

For the band name, I wanted a short name, two words at most. I flipped through my records, looking for cool words in lyrics and album titles. I tried a lot of different names, but Spirit Adrift sounded good and seemed to fit the material. The last album, ‘Divided By Darkness’ was about just that. The darkest parts of human nature dividing us, leading to negativity, hatred, anger, and violence. This album is a bit of a fantasy, dreaming of the day that human beings can realise the only way to live is through peace, compassion, love, forgiveness and strength. I’ve had the idea for many years of weaponising psychedelic mushrooms and dosing the entire population of the earth all at once. I think that would fix some things.

Music is the most important thing in my life, other than my wife and family. It has saved my life countless times, and I wouldn’t be here without it. Music is one of the very few things I believe is truly sacred. Genre doesn’t matter to me at all, only quality and sincerity. So I have too many influences to name. Hendrix got me into guitar, Black Sabbath got me into metal, but some of my favourite artists are guys like Tom Petty, Waylon Jennings, John Prine, Dolly Parton and people like that. I just appreciate honest, good music. Genre and “subculture” or whatever that doesn’t matter to me one bit.

I didn’t go for doom. I had some riffs, made some songs out of them, and recorded them. Then I had some more riffs and some more songs, and here we are four full-lengths, two EP’s, two 7-inches later. And it all sounds somewhat different. But the common thread is that it’s my influences filtered through the lens of my life experience, then presented to the listener. I make whatever type of music I’m feeling at the time.

The lyrics are my attempt at figuring out the meaning of life. This band is 100% honest, and 100% real. When I write lyrics, it’s an attempt to find beauty in pain, and hope in suffering. Life is trying to destroy us every waking moment, and we have to figure out how to survive.

I’ve been sober for five years. I never liked weed and never did LSD because it seemed too “manufactured” to me. I will say the experiences I had on mushrooms have had a significant impact on my perception, acceptance of possible planes of existence that we’re not aware of, and probably my artistic abilities as well. But I think it’s a terrible idea to write music when you’re fucked up. Everything sounds cool when you’re under the influence. Then when coherent people hear it, it sounds like weak, sloppy shit, happens all the time.