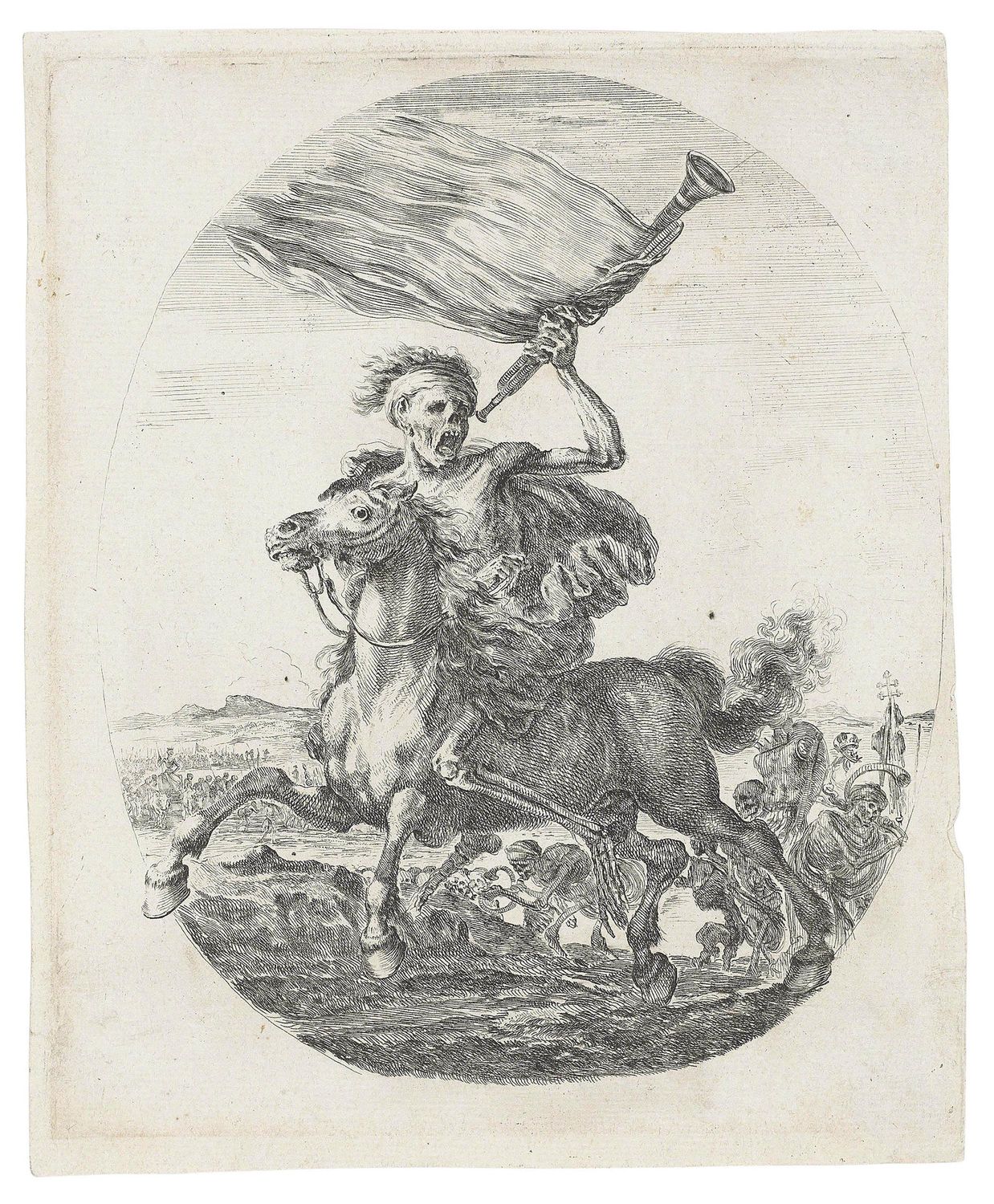 Stefano Della Bella (born Florence, 17 May 1610; died Florence, July 1664). Italian etcher and draughtsman, active also in France. He was a prolific artist: 1052 prints are described in the catalogue raisonn? (de Vesme; rev. Massar, 1971) and thousands of his drawings are in public and private collections. He was one of the greatest Italian etchers, whose prints of battles and sieges, harbours, festivals, plays and operas are filled with tiny figures and vividly suggest many features of 17th-century urban and rural life. Della Bella’s landscape etchings were an important influence on the prints of the Lorraine artists Francois Collignon and Israel Silvestre. His work was overlooked in the 19th century but in the 1960s and 1970s became well known through exhibitions and scholarly publications, distinguishing his work from that of Jacques Callot.