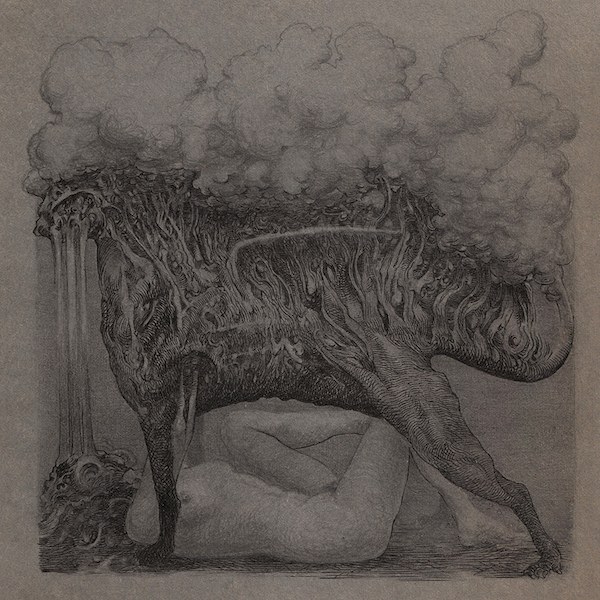 Shade Themes From Kairos is a new iteration of the dream for all the guitar freaks out there, bringing together a couple of singular players together, just to see what happens. In this case, the players were old friends and collaborators Oren Ambarchi and Stephen O’Malley, playing in a space engineered and co-populated by Randall Dunn.

The Shade album began in 2009, when Belgian filmmaker Alexis Destoop asked Ambarchi and O’Malley to score his short feature, “Kairos.” Randall Dunn was their first and best choice to record and co-produce the music – and as the session progressed, all three men found themselves acting as a trio to bring the music.  In the end, this album was made by a trio of players. Decamped in an old radio station in Kortrijk, Belgium, they filled a bare, stripped live broadcast room with the needed equipment as well as other amazing old pieces made available by the gearheads of the European lowlands.

With guitars, drums, analog synthesizers, vibes, crotales, Sruti box and a mellotron, deep emanations were evoked, while other spirits emerged from the old wooden sound panels in the room – the ghosts of music makers past? It will suffice to say that all who were there contributed something. The soundtrack was completed – but the vast space they’d discovered together required deeper investigation. Ambarchi, O’Malley and Dunn determined to go further with the music, reconvening back at Randall’s ALEPH Studio in Seattle (now RIP), where further recording and mixing was done.

In the end, all the sites, people, instruments, rooms and distance, had come together to make a deep trip down varied paths in successful pursuit of the sound, realised once again, this time as Shade Themes From Kairos, by Oren Ambarchi, Stephen O’Malley and Randall Dunn.

To sythesise the mood of the music, artwork was commissioned from the Russian symbolist Denis Kostromitin, who provided astonishing visuals that matched the mutations of the album.

From the top, Shade Themes From Kairos is resonant as a collective inquest in sound, with all the players deeply immersed within the panorama they are creating. “That Space Between” blows in from a distance, rolling rhythmically, with synthetic percussion chattering, before it settles into a stately pace, as the guitars wind ethereal around the procession. Under the beat lies always space, and as the cadential clusters drift off, metal chimes and keys sputter and dig deep and clean through the abyss.

“Temporal, Eponymous” shines with guitar distortions and drum explosions, combining to create a tonal fugue state that swells as it loops around, climaxing with the thrill of guitars and drums crashing forward as waves of mellotron suddenly burst from their belly.

“Circumstances of Faith” dawns dark and damp, with electric waves and flashes of analog synth, stark yet sinuous, an environment growing into our ears. More frantic drums from Ambarchi swing into the picture, joined by Tor Deitrichson’s tabla, in best Badal Roy fashion, while the guitars ascend the path to self-destruction and plunge everthing over the edge into pure nothingness.

From the mist comes the ruminative piece “Sometimes,” featuring Ai Aso on vocals amidst brushed drums, cutting through a web of acoustic and electric guitars.

For the finale, the cleansing call of electricity is summoned, as the guitars of Ambarchi and O’Malley arc and drone, slowly passing through a profusion of moods and moments, leaving the listener purified at the foot of the “Ebony Pagoda.” What a passage it has been!