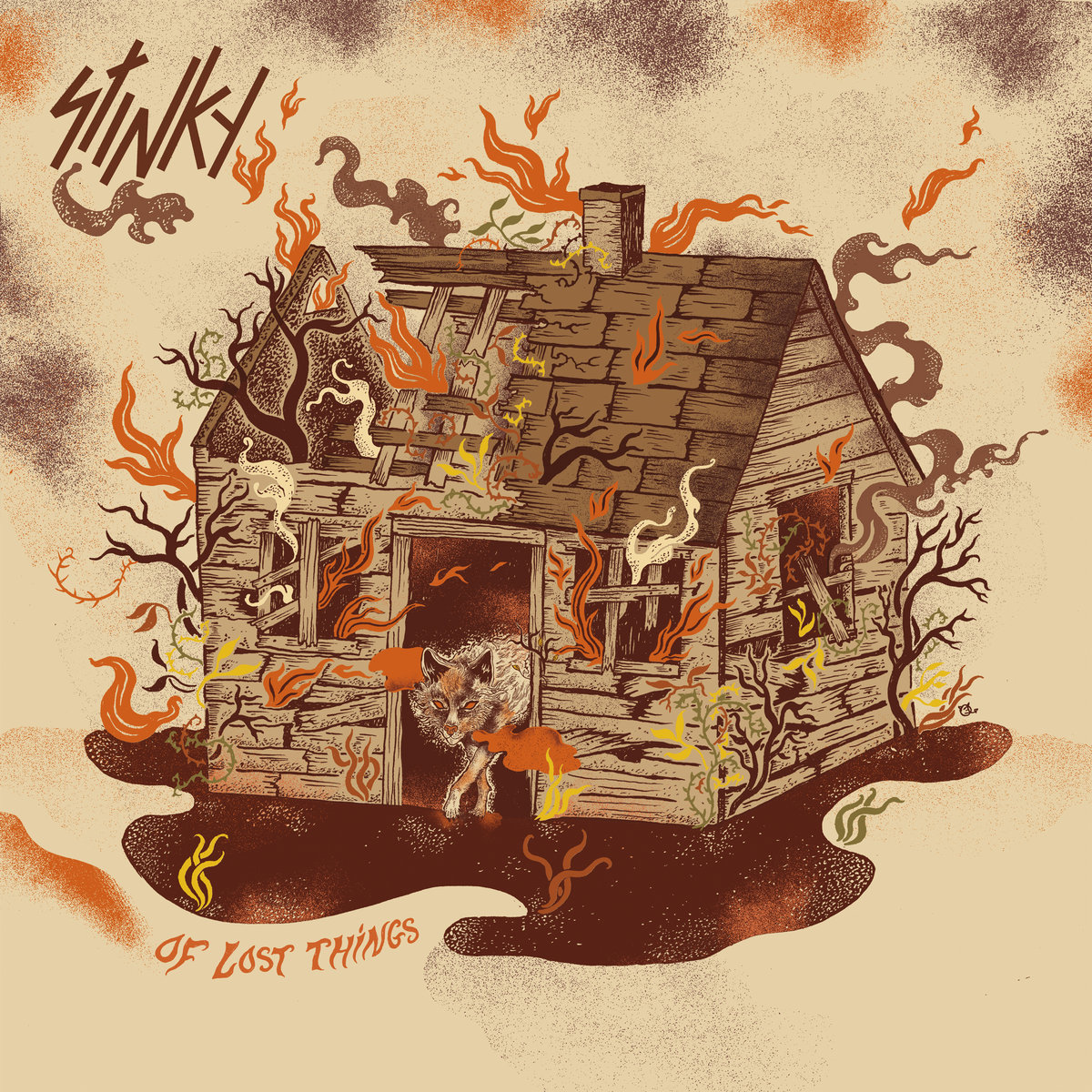 We are a hardcore/punk band from Nantes, Western France. We started the band at the end of 2014; we all knew each other from previous bands. Since the band started, we have played in 16 countries in Europe, recorded three albums and had the opportunity to tour and play shows with bands such as Sick Of It All, Walls of Jericho, Counterparts and more. Stinky is a very punk-rock kind of name. We think it well describes the current state of our society, which is rotten from the inside.

To us, the album title reflects a melancholic point of view about our personal lives, an assessment of the fact that our past defines our present, losing touch with true human relationships, losing our naivety about how society works and dealing with what society is expecting from us as individuals. Musically, the melancholic aspect of those topics is reflected by the melodic parts of our songs. The negative parts of our music are emphasized by the violent, aggressive side of our songs.

Our influences as a band are really various, some of our members have a really hardcore/punk background, and some others have a more metal-oriented musical background. It goes from The Offspring to Cult of Luna to Tragedy, etc.
We are always listening and discovering new bands and artists, making each other listen to new stuff. It creates a cool emulation in the band and keeps enlarging our influences.

It was pretty natural for us to tend toward this musical genre, which is really energetic and conveys strong, uniting messages. For us, hardcore/punk is a vast counter-culture where the feeling of strength in unity is really strong, allowing us to talk about important topics to us.

The subjects approached in our lyrics are at once society topics and personal, introspective themes but who anyone can relate with, such as battling with depression, dealing with physical or psychological separation, lacking love, and a role model to grow up with, this kind of thing.

We believe that dark arts are not something to be systematically associated with gore imagery or evil beliefs, but more of an artistic dimension developing itself in the underground and almost invisible to the mainstream eyes. Several of us in the band are fascinated by this form of artistic current, imagery-wise, would it be decorative objects, tattoos, illustrations, books or even album artworks.