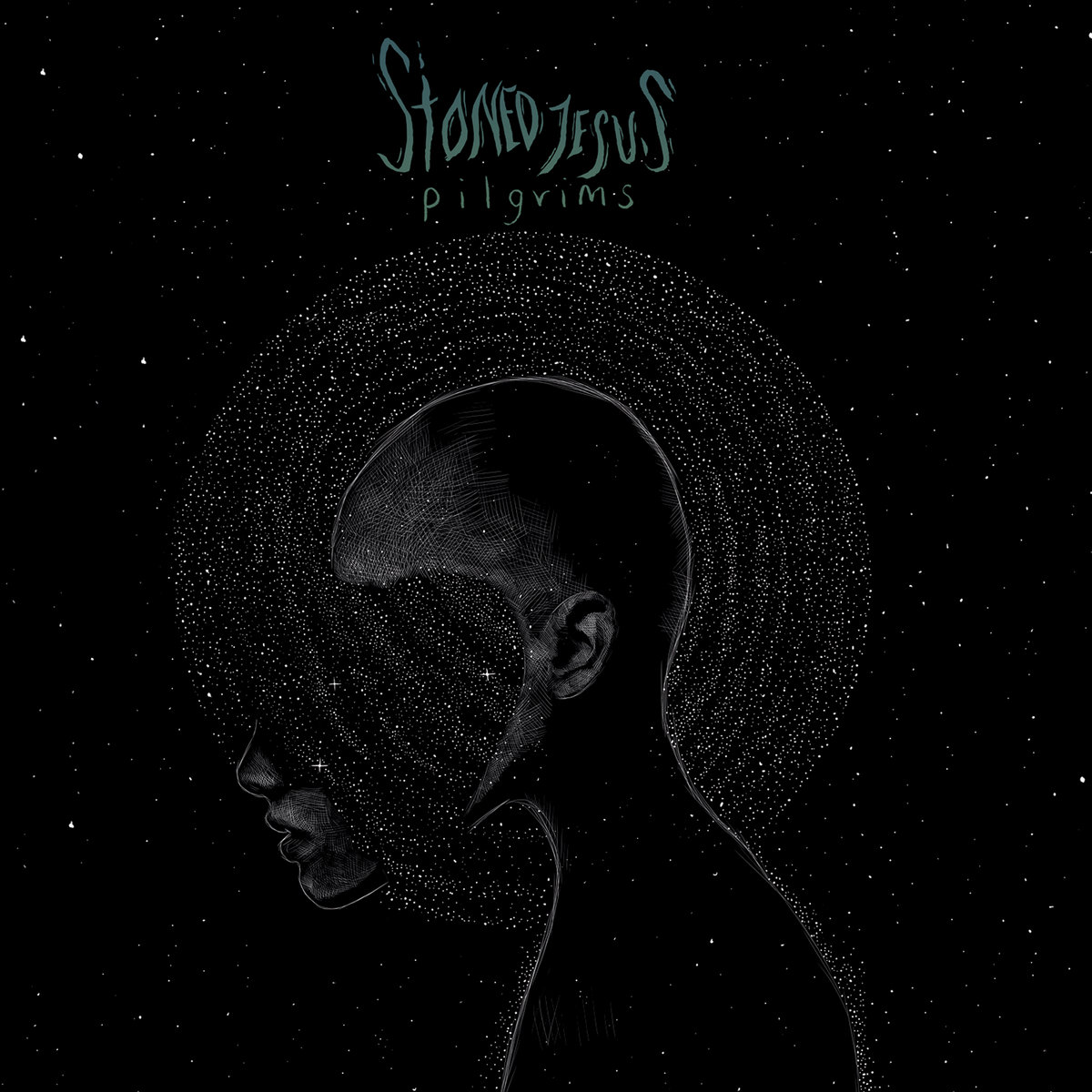 Hey, it’s Igor of Stoned Jesus here! Our most recent LP ‘Pilgrims’ is about the process of alienation while being on the road playing shows – basically how you’re constantly surrounded by people, but you want to interact with them less and less. It’s not like we’re playing 365 shows every year, but the whole touring routine was pretty tiresome for us lately, so I felt like I’m speaking on the behalf of the whole band there.

Usually, I bring a 90% ready song, and the guys help with some details like structure, riffs, tempo, what else. But for this album it was a little different – one song was fully based on our bass player’s riff, and another was sewn together from his and my musical ideas. Guess we’ll try to make it even more democratic further down the road, but the lyrics are going to stay my responsibility 100%. From ‘Pilgrims’ it’s definitely ‘Feel’, the centrepiece of the whole record, quite literally. It’s all there.

Well, I was always more into prog rock and related genres… Personally, I got attracted to ‘heavy guitar music’ because of its emotional depth and stylistic richness, so I was never into metal for the sake of danger or aggression or shock value. So all the ‘macho’ aspects of rock/metal music were never my thing, and discovering the stoner/doom genre more than a decade ago was like a breath of fresh air – look, a heavy slow song without anyone beating themselves on a chest/bragging about getting laid/threatening to kick your ass and so on, you know? I would say being relevant and being sincere is more important than being dangerous or edgy, let’s live that to nu-metal revivalists.