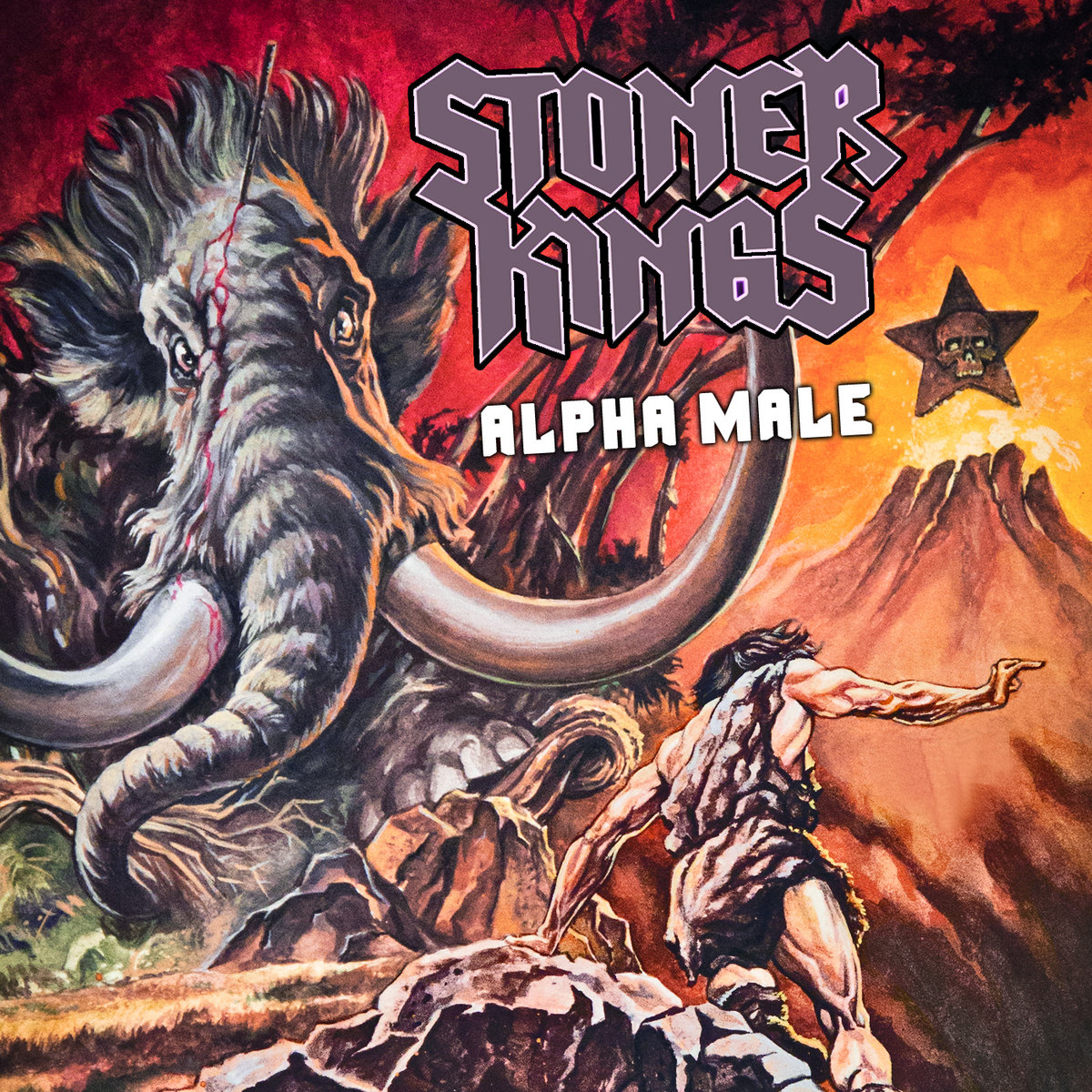 Back in 2000, I had picked up the very first Queens of the Stone Age album. I loved the cover, with the Russ Meyerish sexploitation-like dancer woman with the big boobs and all. I thought the band was a female rock band, or at least had a female lead singer, without hearing the music and just because they called themselves Queens of the Stone Age. So the cover hooked me first, and then I loved the Stone Age part of the equation. As terrible as Russ Meyer movies were, I liked them not only for the buxom chicks that he used throughout his films, but because they were so damn retro in nature. Something about retro and years past, classic times and early man, has always appealed to me. Since I was a kid, I’ve loved dinosaurs and the caveman concept and all that. So Stone Age rang cool in the band’s name to me with Queens of the Stone Age. I had been listening a lot to Spiritual Beggars’ Ad Astra back then. For a time, it was damn near the only album, alongside a few of the better cuts off of Iron Maiden’s Brave New World, that I listened to, in terms of new music at the time. The monstrous groove and chunky, fat riffs of Ad Astra completely took me by storm. I started writing groovy and thick riffs myself and formulated them into songs, largely inspired by Spiritual Beggars and Unida’s Taming the Urban Coyote album. I knew then that that type of music was my calling card, my songwriting naturally opened up in creating similar music. Then, due to the inspirational undertones of the first Queens of the Stone Age cover, I mulled over a thought that if there is a queen, there must then be a king. So Stoner Kings was born. It’s bold, catchy as a name, and in-your-face. Perfect for rock. And with us, the stoner part of it has nothing to with drugs. It’s all about the stone age, primal, prehistoric, a simple and effective riff that makes your neck jerk and your hips sway.

We live in an emasculated culture nowadays in the west. The western man, the iconic societal leader, has been made out to be a joke. In sitcoms, he is the butt of jokes, the ass clown and the imbecile. In movies, he needs to damn near be rescued or gotten out of sticky situations by his female counterpart, because he cannot do it on his own. In recent years, the rare exception for Hollywood was ‘Rambo: Last Blood’, where Stallone got his fair share of shit from the press for showcasing classic, masculine values and virtues, and where the man had to save the woman from a terrible fate single-handedly. So ‘Alpha Male’ is a backlash. It’s a fucking statement against this gender-ambiguous time that we, unfortunately, live in, where no one seems to know what it means to be a man (or woman, for that matter) anymore. I’ve had enough. This is the spirit of rebellion. This is the soul of rock music. No apologies!

Songwriting-wise, the fat, chunky riff has always appealed to me. I want something that’s going to make me want to bang my head and force me not to sit still. That’s power, and that’s primal. I want my music to be audacious, confrontational, unapologetic and something that hooks you. So with Alpha Male, we took the caveman theme and rolled with it, especially in light of what is happening in the world today with everything being so damn political. It’s sickening, and as a songwriter, I’ve had enough. So Alpha Male is a counter-statement to the state of our world, especially in the west. In the land of the blind, the one-eyed man is king. All academia and science, as well as the media at large, is liberal. I’m fucking conservative, and I am proud of that. Only dead fish swim with the stream. I recall going out to eat with Kristen Mulderig, who was part of the management of Slayer, Bullet For My Valentine and Ghost, somewhere around 2013. I asked Kristen what in her estimation was the prerequisite for any artist to “make it” in the music business. She thought about it and said that every artist who has ever made it has understood the day and age that they live in and have been able to tap into that spirit. That said, and as I said earlier, rock has always been the counterculture’s voice and it’s been anti-establishment. From its beginnings, rock music was meant to be a backlash against the system. Almost all of that is lost today because of the PC pressure out there and the fear of backlash from social media people. Artists are scared, pure and simple. So rebellion and gutsiness and standing for what you believe in have gone out the window. Everyone is towing the company line, playing it safe politically. In doing so, that has lost the soul of rock. They are only pretending, and rock is dying, as a genre. All you have to do is look at the statistics of where, for example, Metallica places on the world chart of popular music. Our inspiration to create this album, Alpha Male, lies in rebellion because we are bucking the system, standing where others refuse to stand. It’s Stone Age in values and vibe. That’s the main thing here.

Stoner rock is sincere, as a musical genre. It merely has to do with the mantra-like, groovy riffs and primal rhythms that make you want to move your body. That said, we’re more at the Fu Manchu or Spiritual Beggars end of the totem pole, as compared to the Truckfighters or Monster Magnet end.

Lyrically, I’ve always been intrigued by what lies beyond death. I use a lot of sarcasm and irony in my lyrics, too. Additionally, I’ve always been equally fascinated by peoples’ stupidity and self-sabotage in light of the truth. People generally do not want the truth. Instead, they want to hear what is convenient for them at any given time. They would like the truth to be relative to their personal beliefs and situations. It’s a fucking parody of thought, to be honest. So I get off on how so many people live in self-delusion, lie to themselves consistently, and then bitch and moan about how their lives suck. I put a lot of that into our lyrics, too. We don’t have any love songs. None. I know 90% or over of the lyrics in rock and popular music have to do with love, sex or mating rituals, but we have entirely bypassed that topic, for the most part. On our first album, Brimstone Blues back in 2001, I wrote Damn Delilah and Cosmic Dancer, songs about girls, and that’s pretty much it for us. Not love songs, though. My conservative values and need for logic comes through in my lyrics, I am sure. I make no apology for that. That’s just being real to who you are. If that floats your boat, great. If not, I could care less. People gravitate to what resonates with them, and as Shakespeare said, “To thine own self, above all, be true.” A lot of our current stuff has to do with masculine forte, hence the title, Alpha Male.