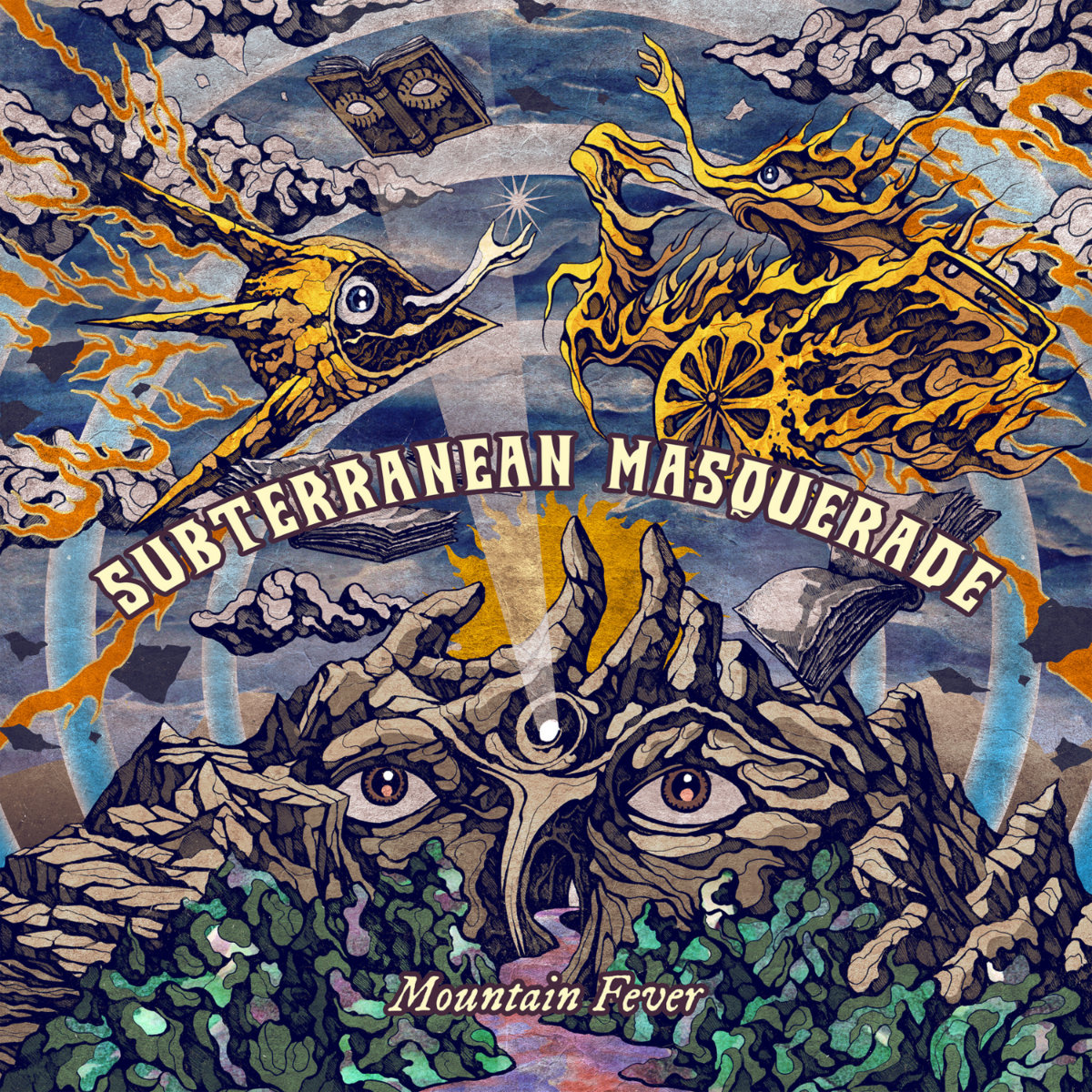 ‘Mountain Fever’ is by far our most colourful work yet. As such, we demanded the deepest pre-production process we have ever gone through; we wanted to share with the world all of the flavours of who we are as musicians and all of the spices of our geographical region. This is an album with deep musical roots coming from worldwide, exactly like our family roots and personal life stories. The main medium is metal and prog rock. Still, you will also hear Middle Eastern music, Balkan and North African music, elements and influences from Jewish and Indian traditions, and many instruments that are seldom orchestrated together. So things sometimes got complex, but at the same time, we wanted to create good songs. We were constantly looking for the balance between the two, how to express ourselves fully yet try at the same time try to focus our message. We did the best we could as a team, encouraged each other but did not sparely feedback to each other until it was ready. At the moment we are very excited about the results.

The artist behind the artwork is the all mighty Costin Chioreanu. We worked with Costin a little bit before with merch and absolutely loved his unique voice, he is one of these artists with a very specific aesthetic language reserved only to him, and we appreciate it so much. You can immediately tell any piece done by Costin that he is the person behind it. When it came to the briefing, we looked for a visual interpretation of the music we were trying to portray – we showed him the lyrics and let him hear the entire album. We wrote him a little be about the ‘Fever’ part of the album, both mentally and spiritually, and we wrote a bit about prophet Elijah, the chariots of fire. We wanted something biblical and psychedelic, but besides that, we gave him full artistic freedom, and I must say, Costin, nailed it on the very first try. We had no comments besides positive awe. We loved it. He really understood what we were going for.

For ‘Mountain Fever’ the lyrics focused on two themes. One was ‘Identity and Exile’ and the other was two emotions which bind us to a place, a person and to different ideas, which are ‘love and guilt’ Merged together. These subjects brought along questions and confessions about one’s relationship with its roots, themselves, their loved ones and their culture. Some people might find the lyrics are touching. Some would not be comfortable with what I was trying to explore. This is my first album with the band. Before I joined, Tomer was testing the concept of longing and his biographical journey around the world and within throughout our discography. Everything was always very personal. From my perspective, I was trying to continue this direction with very much care and respect.

One could say a Subterranean Masquerade album is almost a seasonal thing. Once every two years, Tomer isolates himself and writes lots and lots of songs, riffs and the main visions of where the music should go next. Until ‘Mountain Fever’, Tomer used to leave Israel and wrote the music between India, under the Himalayas to Brooklyn and its Hasidic Jewish influences. On Mountain Fever Tomer wrote for the first time in his own home, in Golan Heights, which is built on numb volcanic soil on the border between Israel and Syria. The music Tomer writes is usually being written during wintertime, and so far, the muses are gracing us with a pretty accurate clock. Our antennas are always on, and Tomer is very familiar with his own artistic process, so the seasonal thing really works great:)

My fixation is creativity. I am addicted to it. It might sound like a cliche, but I believe music heals. I solve everything through music. In fact, lately, I realize I solve too many things through music, which sometimes creates other fractures, but I keep mending things through this addiction of mine because it’s a fixation. I’m quite addicted to the work, so maybe people around me would say music heals ME, but not everyone around me? I’m not sure. I have religious views, and at the same time, I’m aware I can also be religiously materialistic. Music balances this for me.

As a boy, I was enchanted by the aesthetics of anything that seemed dark or extreme to me. My gateway drug to distortion was a hardcore\metal\hip hop band from Israel called Shabak Samech; they were pretty much a heavier version of the beasty boys, swearing way too much, mothers didn’t like them, I love it and wanted to play the guitar. From there on it was Metallica and their friends until I was 13 (lucky number?) when the security guard at my school who was in a black metal band called “Azazel” saw me with a shirt and invited me to his show. This was one hell of a life-changing moment. Goodbye Metallica, long live death metal! I was obsessed, It was a love story but I think what made it all really glue together was the escapism metal gave me and the strong friendships formed in times of crisis thanks to it – when I was 14 years old, a suicide bomber blew himself in a bus full of kids from different schools around the city, the day after, the scene of the attack became for a very long time a meeting point for teenagers to pay their respect to the victims in their own teenage language. This is where I met my best friend until today, this is where we formed our first serious band, and this was the most comforting thing we’ve had back then, music, heavy music, angry music, expressive and loud, we escaped into metal, it kept us as a whole as possible in a very broken time. I have been in bands ever since then. As for favourite albums, my answer is always a little different. This time I’d like to recommend ‘Idiot Flesh’ and their album ‘The Nothing Show.’

Music, I think it’s an existing force, it doesn’t need to justify itself, it’s right there, just like gravity, it’s there whether we like it or not, it’s in the air of each room in each house, it’s in the blood flow of your ears, it’s even in the bible before light existed: “and the lord said”- he said something, there was a sound. It’s both holy and mundane. People should enjoy it, and levitation happens when we don’t give things too much weight.