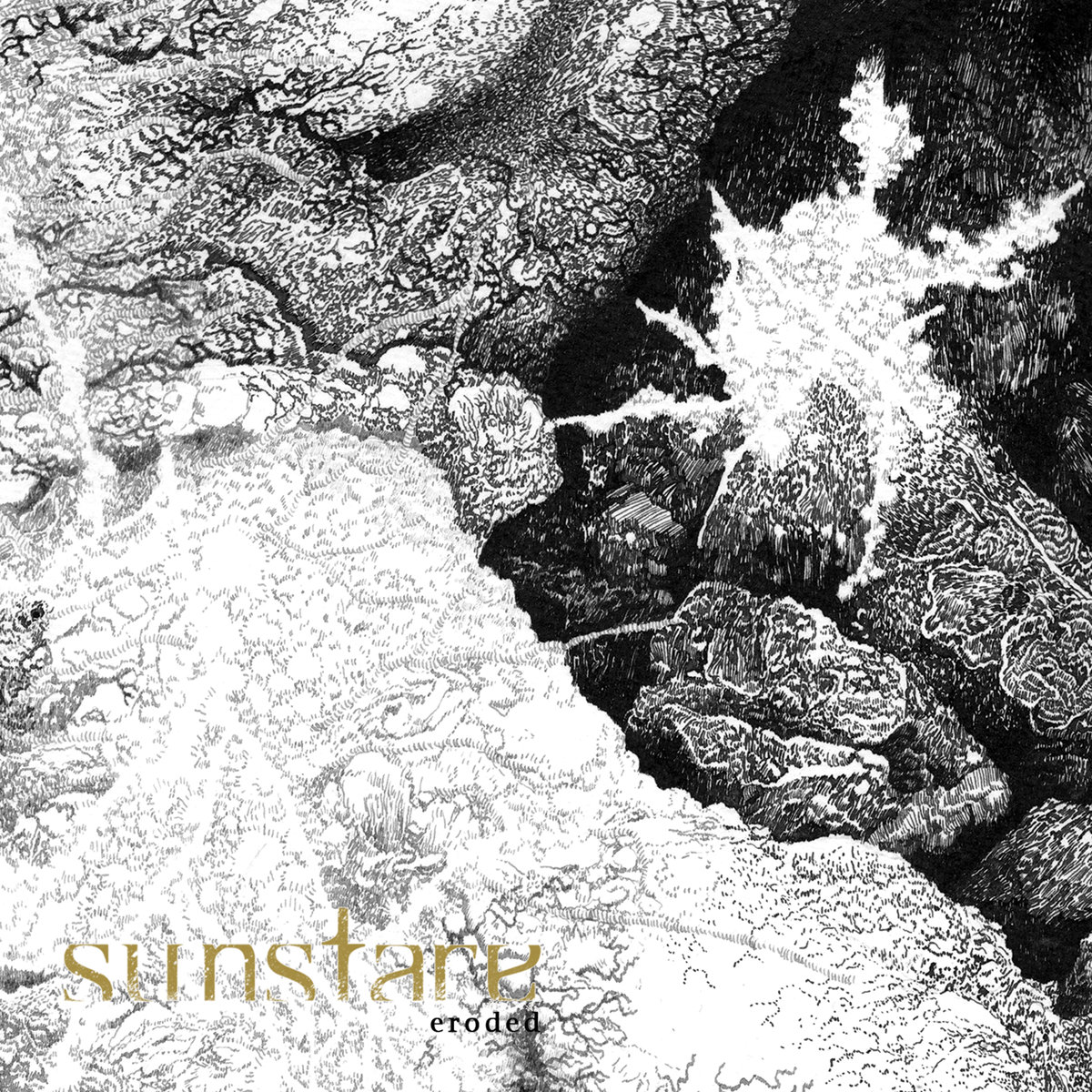 Unceasingly, the music of SunStare is moving towards dark horizons. In 2015, ‘Under the eye of Utu’ is released over the world. A debut album defended on the French and Belgian scenes, in the company of bands like Celeste, Monolord, The Great Old Ones, Regarde Les Hommes Tomber, Sunnata, Cult of Occult, Love Sex Machine, Au-Dessus, etc. In 2018, SunStare released its second album ‘Eroded’. Still, in a post-hardcore/doom/sludge vein, SunStare‘s music is grim, heavy and more than ever, melodic.

‘Eroded’ is a 62 minutes piece of doomy sludge mixed with some post-hardcore and post-metal and more. We think of Eroded as a balanced album, as it is really heavy like we wanted it to be but way more “progressive” or “atmospheric” than the first album ‘Under The Eye Of Utu’ 2015. As always, we’ve really put ourselves in that release, personally and emotionally, so I think and hope it is really moving.

The whole band gets involved at one point or another in each step of the process, in this, it is a global work even for our sound engineer who proves to be part of what we propose, not only in terms of production work. Excluding this notion, most of the time, one of the members brings a composition that we discover and work in rehearsal. Each appropriates its part and then comes the phase of mutation where the whole is transformed, little by little, sometimes completely, to evolve towards the definitive piece. Then come the writing and placement of the lyrics, which sometimes leads to some structural changes. Only then, we have a song that corresponds to what we want to transmit. It is impossible for me to say what is the part of everyone in the construction of Eroded, as we worked 3 years long to create this record, but I think everyone had his role to play and could enrich this album.

We’re really inspired by Sumerian cosmogony, which is a good support to create, but if I had to suggest music that inspired us, I think I would mention ‘A sun that never sets’ and ‘The eye of every storm’ by neurosis, ‘La Nausée’ by Jean-Paul Sartre, ‘La Divine Comédie’ de Dante Alighieri.