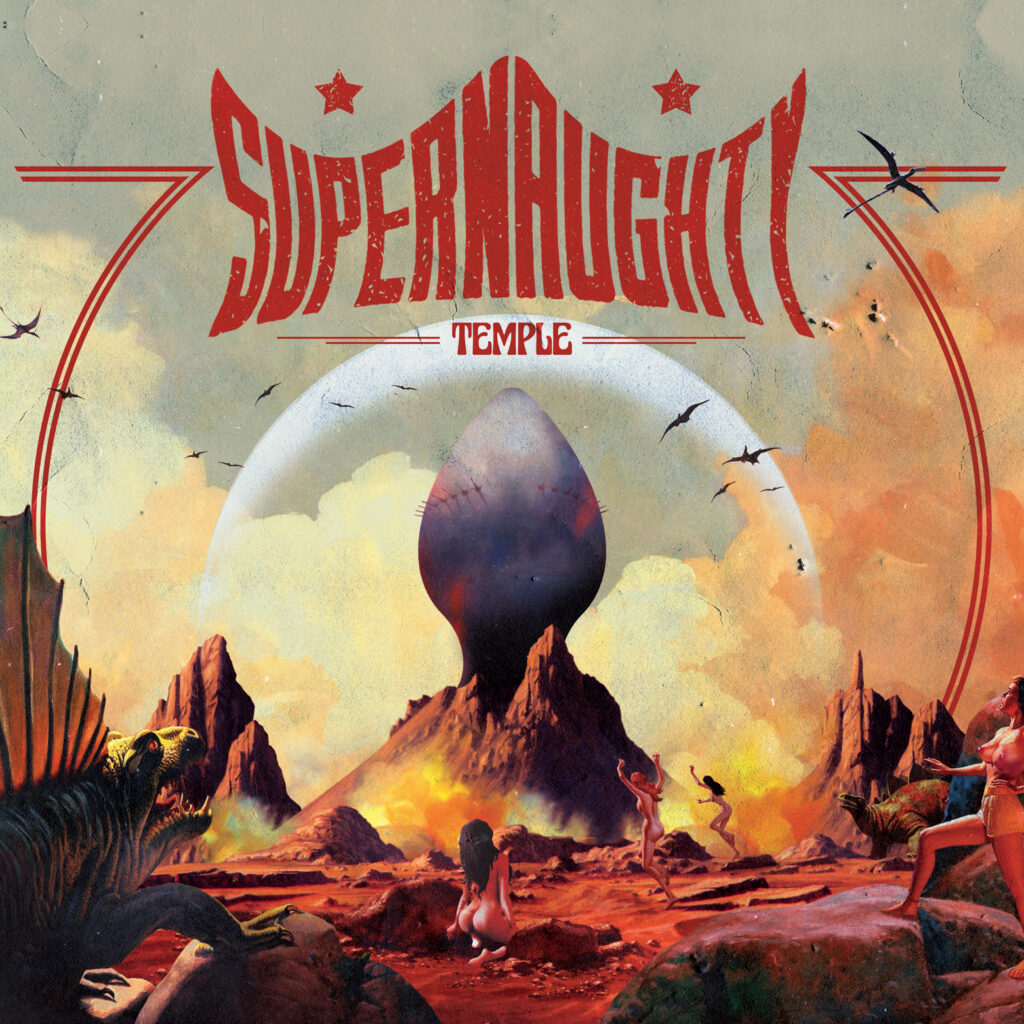 SuperNaughty is an Italian Heavy rock band formed in Livorno in 2014. All band members were part of the hometown underground scene and played for decades with independent projects. In 2015 SuperNaughty self-produced the EP ‘Welcome to my V’, followed by an extensive live activity. At the end of 2016, the original bass player was replaced by Luca ‘Bishop’ Raffoni and in late 2017 SuperNaughty signed with Argonauta Records for their debut album ‘Vol.1’, released in Feb 2018. Having toured all across Italy and in Europe, SuperNaughty played with international acts as Fatso Jetson, High on Fire, Zeke, Strana Officina, and Deville. Sophomore album Temple was released in May 8th 2020.

When we started together as a band, we played sabbath’s songs and when it was the time to choose the name of the band, one of these names was Supernauti, which is the Italian translation of Supernautes, the Black Sabbath song. Soon we realised that it sounded very similar to SuperNaughty that suited more to our way of being. It was a kind of word pun, and it sounded good, don’t you find?

‘Temple’ is a safe and sacred place where the four of us find our essence. It is also our main source of inspiration for creating the lyrics of the SuperNaughty’s songs. We just made a sexual metaphor because, you know, that’s SuperNaughty’s style.

We all grew up with many music genres, heavy music from icon bands of the 70s, 80s Black Sabbath, Kiss, Iron Maiden, Metallica, Slayer, just to name few. Also, a different style from new wave bands, to post-hardcore US band. Then in the 90’s we experienced the arrival of bands like Soundgarden, Nirvana, Alice in Chains, Melvins, Tool, Kyuss, Corrosion of Conformity, Orange Goblin and many more, as an inexhaustible source of music to learn from. All these bands that we listened to, randomly re-emerge during the composition of the songs and depending on our mood, we try to shape what for us is our favourite song at that moment.

We like heavy music but to be honest, we don’t see ourselves as a stoner band, we have stoner sonority, but we also play heavy rock riff favouring the melody and vocals. We talk about things that happen to us or that have happened to friends in everyday life, trying to reflect our impertinent way of living and our goliardic and brash spirit. Some of our songs talk about sex, others about experiences together as a band; you can often find metaphors but we always start from real facts, then our singer Angelo with his boundless fantasy manages to transform into SuperNaughty stories.