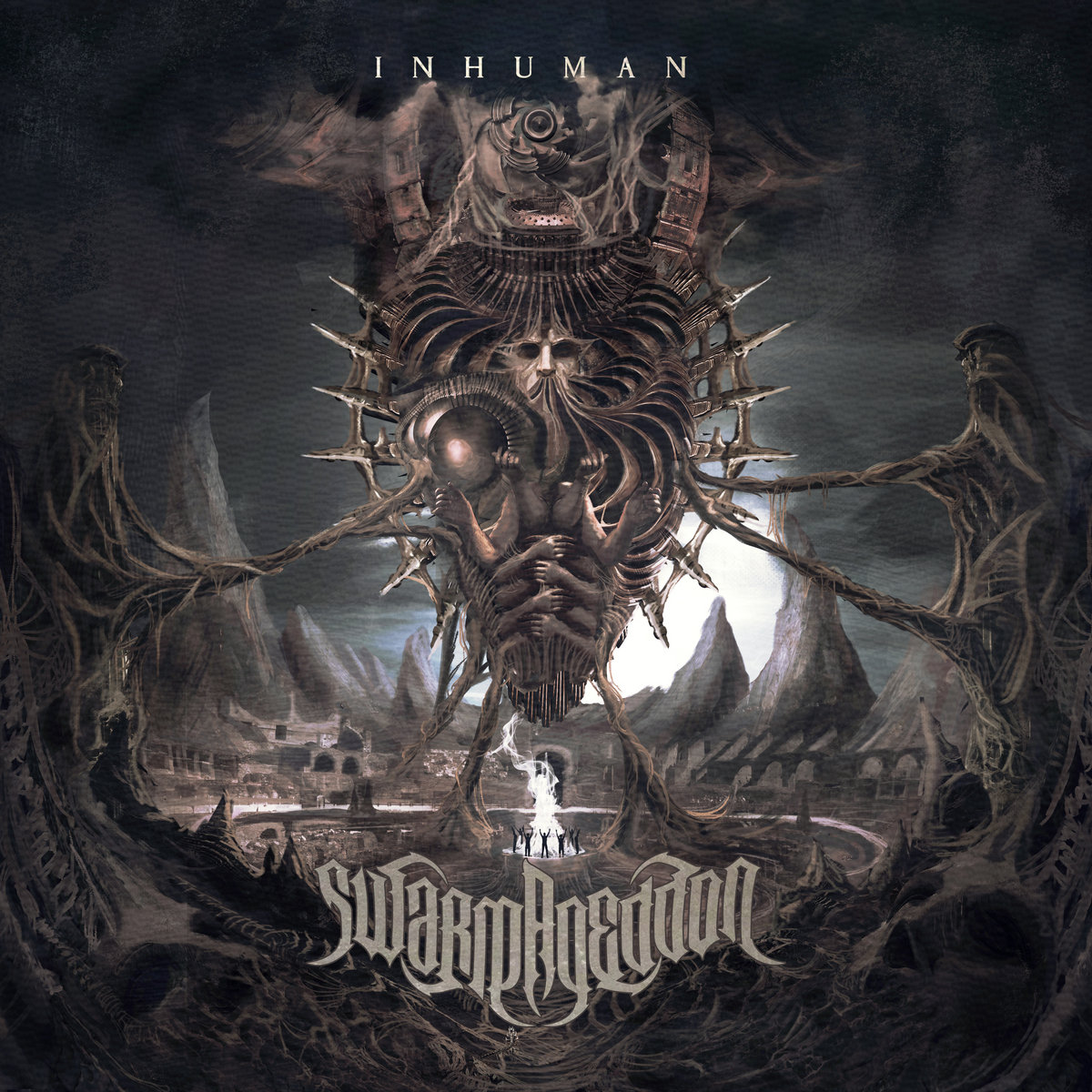 Swarmageddon is a metal band founded in 2015 by the singer Marion in Besançon, France. Their music mixes different kinds of metal (melodic death metal, progressive metal, slam death) and is influenced by bands like Gojira, Shadow Of Intent, Dark Tranquillity. Their debut EP “An Infinite Landscape” was released in 2018, and their debut album “Inhuman” in October 2020.

The writing process of our album Inhuman took place during the year 2019, but the first ideas were born in 2017 (like the track “Reanimation”). Guillaum composed all the music in his home studio, then sent the tracks to the rest of the band. Marion wrote the lyrics and proposed the vocal lines. Then, everyone in the band changed a few small things. We recorded the album in a week at Psyrus Studio in France in early February 2020, just before the health crisis. So we got lucky somehow. We chose to release the album last October after a lot of hesitation. Initially, it was due out in June 2020. But what is done is done; why wait?

The album is a dystopia. We were particularly inspired by the book “Brave New World” by Aldous Huxley and some science fiction movies and video games. The album follows a common thread starting from today until a relatively near future where machines dominate humanity. We wanted to tell a version of the history of humanity where humans have gone too far because they always want more, their choices and actions leading us little by little to our downfall. And “Inhuman” is a way of saying that humanity is losing its humanity.

Guillaume was a big fan of bands like Dark Tranquillity or Mors Principium Est when he started learning guitar and writing music, which necessarily influenced him. Some members are more in brutal death, some others more in heavy prog. He has tried to write something that every member should like.

Are we maybe being rejected/bullied at school? I don’t know. We are also from the MTV/Jackass/Skateboarding generation. Metal was hype at this time. Despite that, some of us or our family have dealt with depression and the darkest side. And for sure, music is a great escape from this. What motivates us is simply passion. Creating stuff, playing music is what our life is about. There is no other way for us to live and be happy.