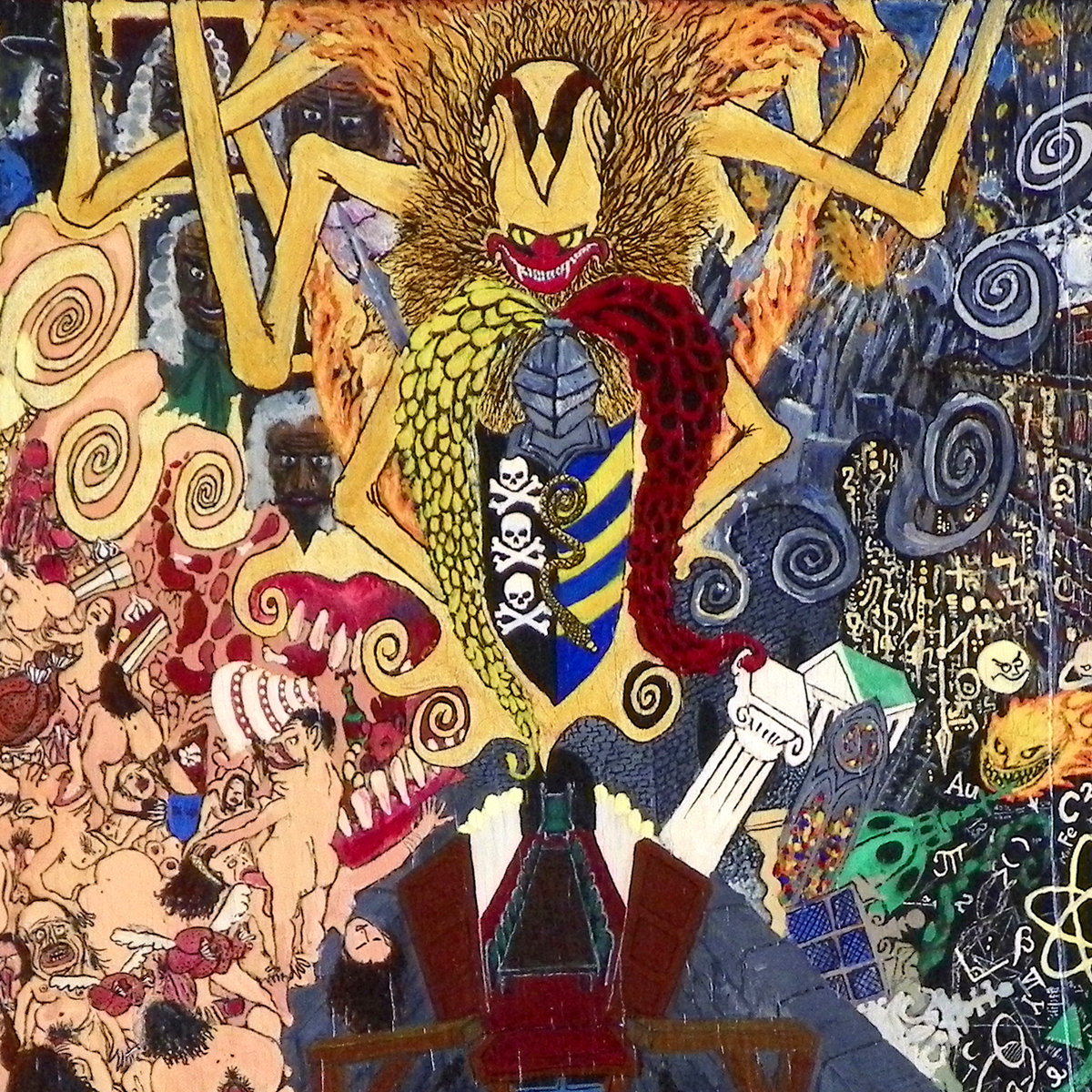 Our last album, ‘Free Speech’ 2020, was released on CD by Lavadome Productions. It contains eight new songs, plus four songs from the EP’ Komouš’, which means twelve songs. I recorded the guitars at Standa Valášek’s studio Šopa; everything else was recorded at home. My brother recorded the drums on a Roland TD 50 electronic kit. The entire album was recorded in three parts, four tracks each. The synthesisers on the album were also programmed. It’s mainly a studio album, so I experimented with polyphony quite a bit. The lyrics are cynical and incorrect fantasies full of violence; however, there is also a lyric with a philosophical touch. The lyrics are in Czech rhyme, as usual, except for one song. You could call our musical style a progressive death/grind with technical passages and forays into classical music. Once, we called our style “murderous cynical extremism”.

‘Free Speech’ is something that needs to be protected because it is a fundamental right of every being, even when one says/means something, which others may not like. The title of the album was inspired by current events at home and in the world when freedom of speech is beginning to be restricted when dangerous correctness and censorship are on the rise; i. e. an effort not to call things by their real names is present, or someone tries to determine what can or cannot be said.

When we were little boys, there was a lot of music playing in the house because my mom liked music, and she sang in a band when she was young. Therefore, we were pretty close to music. Anyway, even as little boys, we pretended to be a music band; we would bang on pots and pans, strum on baby guitars and record it. When we first heard metal and core music, it all became clear – we had to form a real band. Then we started looking for our first proper musical instruments, and the rest is history.

I underwent hip surgery as an eleven-year-old boy. While my friends ran around outside, I was in the hospital and then at home. I spent a quarter of the year with my leg in a cast up to my waist and used crutches for another three months. So, I engaged in creative activities like building blocks, drawing, inventing different games at home that I would later play with my brother or friends who came to visit. But you could say that we have been creative and playful since we were very young, regardless of life circumstances. Maybe if I had healthy legs, I would have taken up sports back then, probably tennis.

I don’t have any vices as such nowadays. I am a teetotaller and a non-smoker, and I don’t take any other drugs. I suffer from paranoid schizophrenia, and breaking my abstinence would probably be the road to hell.

We have a concept; we try to write lyrics full of evil, perversion, twisted philosophy and black humour. In particular, we question and mock what others recognise as fundamental moral and human values. As for our lyrics, we are downright cynical monsters, but otherwise, we are perfectly normal guys in “civilian life”. Writing tame lyrics doesn’t satisfy us; most other musicians do that. Most of all, we enjoy the ich-form and, of course, the rhyme.