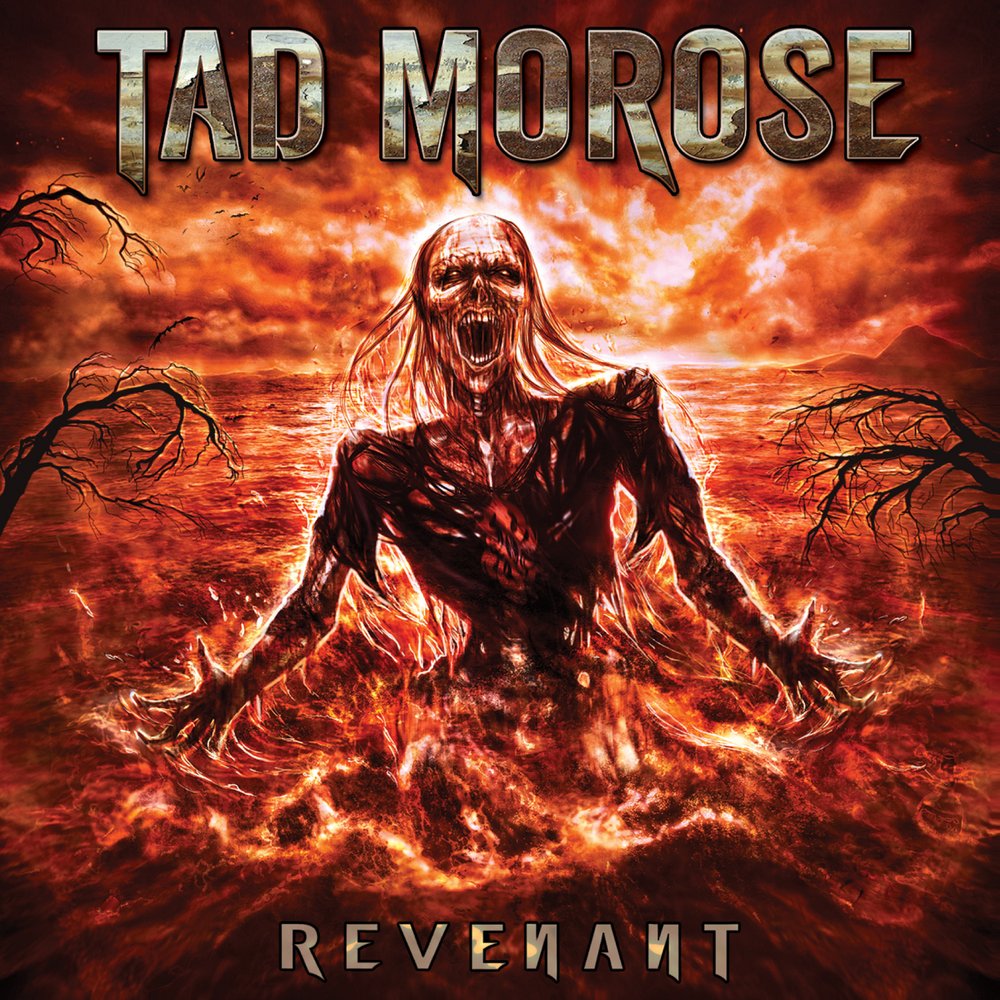 After a long recording hiatus, Swedish power metallers, Tad Morose, have returned with their brand new recording, “Revenant”. The album’s cover artwork, features a furious zombie-like creature emerging from a swamp. Somehow, this image seems to work as a metaphor for a band that came back from the underworld to regain its place in the Metal world. We interviewed guitarist Christer ‘Krunt’ Andersson about this artwork and its significance for the band and the new album.

HMA: Who came up with the cover concept for this artwork and what inspired it?

Christer “Krunt” Andersson: We came up with it. It might sound silly perhaps, but we talked about it and it was like: “Anybody have an idea for the cover ‘Nope. Ok…. but we need something. How about a skull? At first it was a bit like: “A skull? Really?” But the more we thought about it, it was like “well, why the hell not!” So we took it from there. We had the title “Revenant” already so a skull, which turned into a skeleton, fit the title too. The skeleton idea, instead of just a skull, I believe was Isis, the cover artist’s, idea. So we worked closely with Isis to get the basic idea together and then she took it the next level to say the least! We are very pleased with how it turned out!

HMA: This zombie-type of character seems to represent the band coming back from the dead, from hiatus…Would you agree with that?

Christer “Krunt” Andersson: Yes! That was our intention too. Kind of “I didn’t drown in this sea of problems! I’m back to haunt you again!” He he he. So I personally think that the artwork and the title fit this album just perfect!

HMA: Who’s the artwork designer and how did you become involved with him?

Christer “Krunt” Andersson: The cover artist is Isis Sousa. She is a friend of [vocalist] Ronny. So it was Ronny´s idea of asking her if she would be interested in doing the artwork and layout for our new album. And we are happy she was.

HMA: Were there any other cover concepts or this was the original concept from the very beginning?

Christer “Krunt” Andersson: Originally we just wanted a skull coming up from the water. But Isis made a few sketches with different approaches and we all settled for this one.

HMA: What was your initial reaction to the finished artwork?

HMA: It seems like this is your first cover artwork done digitally. Did you ever considered to have a hand painted artwork like in the old times?

Christer “Krunt” Andersson: No, not really. We wanted a nice cover and since time was ticking fast towards deadline, there was no time to do a painted artwork. And the fact that we didn’t have a clear vision of exactly what we wanted to start with, the digital was really the only way to go for us. We have had some very good artists doing our album covers over the years. Kristian Wåhlin, Rainer Kalwitz, Jan Meininghaus. I´m really amazed of their work. Truly awesome! And now Isis Sousa! Well, what can I say? Keep painting! You blow me away!