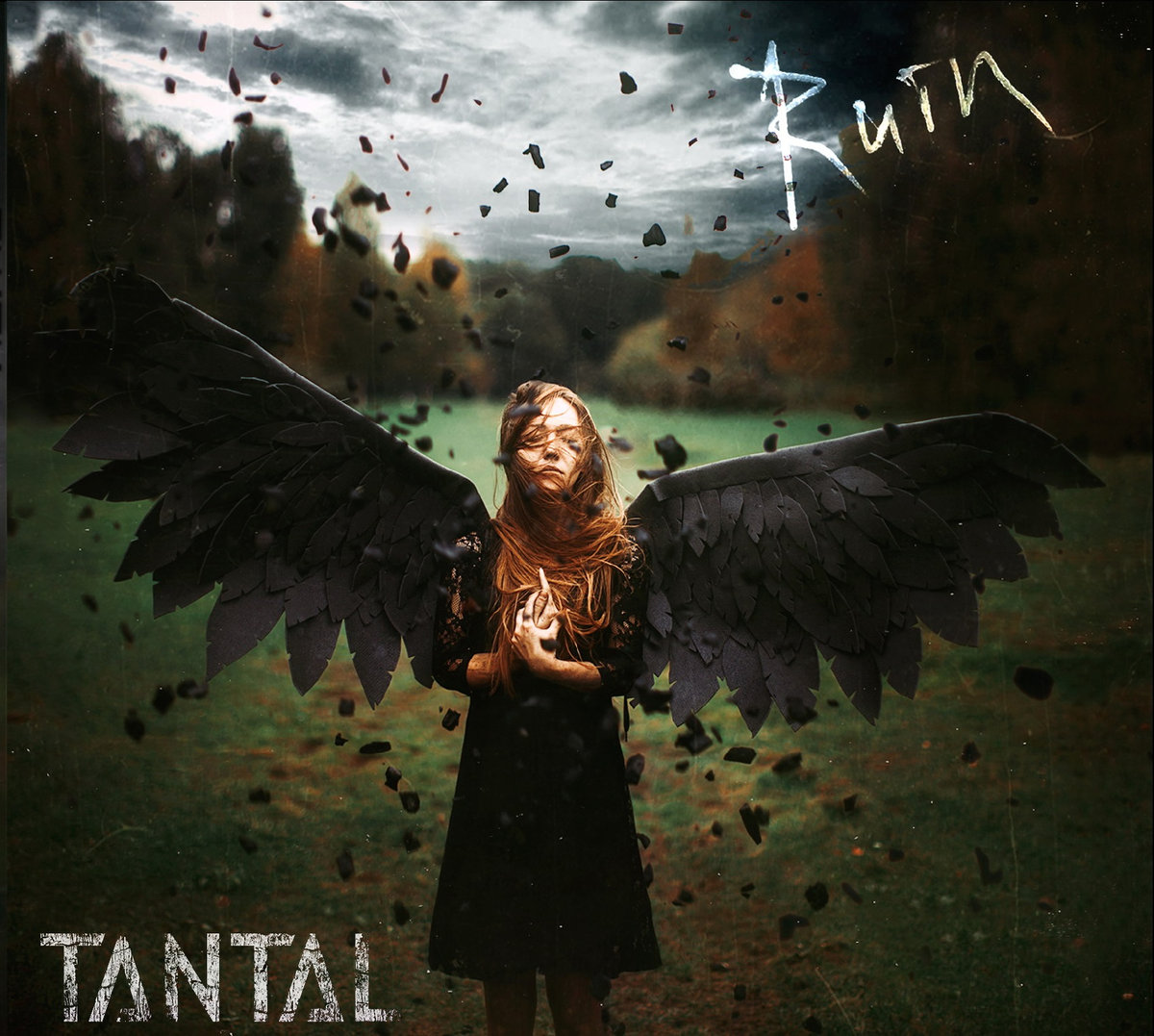 Tantal was formed in 2005. In the beginning band’s music style defined as a mixture of Progressive and Melodic Death Metal, through the years it has transformed to modern-prog-gothic-dark-metal with female vocals. At the beginning of 2007, the band recorded promo-cd ‘Emotional Distress’. Music on this album was a mix of melodic and aggressive Death Metal with progressive elements, and there was an excellent female growl sometimes changed by clear voice. At the end of 2008 the first album ‘The Beginning Of The End’ was recorded. The music of the debut was an original mixture of progressive, death, thrash and modern metal, “spiced” with gloomy conceptual lyrics. One of the best sound control supervisors, Eugene Vinogradov “Day-Records”, who had worked with loads of famous Russian bands and German legend ‘Crematory’ was responsible for sounding of the CD. The artwork was done by the renowned artist Gustavo Sazes who worked with Arch Enemy, Amaranthe, Morbid Angel and many others. By the end of 2013 long awaited album ‘Expectancy’ was finished. During February and March 2014 it was mixed and mastered by Igor Korolev at Kiv Records (also worked with Andrey Smirnow (U.D.O.), Everlost, Flash Of Aggression and many other bands).

The last album was most accessible release regarding making in every sense. It was easily written and recorded. After so many years of experience with Tantal and many other my musical projects (as Everlost with U.D.O. guitarist Andrey Smirnov) this album was a piece of cake. Of course, the healthy atmosphere inside the band was also very helpful for the writing and recording process. As usual, we started with musical ideas, rehearsing at the studio, them demoing all songs and writing lyrics and vocal melodies. After we finished this, we went to the standard studio to record the drums. So the process was entirely normal, and we avoid a lot of obstacles and troubles thanks to our previous experiences.

I think the primary focus is to write good songs with catchy melodies and new ideas. And it doesn’t matter if we write 9 minutes prog-death song or 4 minutes gothic-track. Everything must have sense and has excellent quality (sound and the song itself). So we want to be better musicians and performers.

The latest release ‘Ruin’ is quite different from what we previously did – it’s more dark and depressive but at the same time more soft regarding the music. This time we used only clean voice of our singer Sofia Raykova. We like the way we’ve found to go on and next releases (we already have plans to release EP soon) it will be more experimental, more gloomy and ambient. We will continue to explore different music genres.

I was raised on CD and their booklets, and for me, it’s important to have interesting artwork as well as the music. That is why we do our best and hire the best artist for each of our releases. Starting from the very first LP ‘The Beginning Of The End’ we asked our artist (Gustavo Sazes that time, who worked with loads of the bands such as Arch Enemy, Morbid Angel, Amaranthe and so on…) to do for each song original illustration. And we are doing that till now. For the ‘Ruin’ release we did a huge booklet, so it worth to check it out!

I think The Beatles from the very beginning I loved their music and after I watched ‘A Hard Day’s Night’ I’ve become a fan. Also, I remember when I took the booklet of the band Demonoid ‘Riders Of Apocalypse’ which was released in 2004 and I saw this concept with a lot of artwork for each song – I always kept it in mind for my band albums.

Our music is for open-minded listeners which do not limit them selves by genres. It has a lot of melodies, sometimes it’s complicated, heavy, soft, dark but you can be sure that it passed very precise “quality control”. And of course, if you a fan of the female vocals (exteme and clean singing)  – it’s for you. As for us – we put our souls and hearts into this music and songs we do, in lyrics you will found our thoughts, experience or even final scream for helping hand. So, it’s very emotional and honest music.