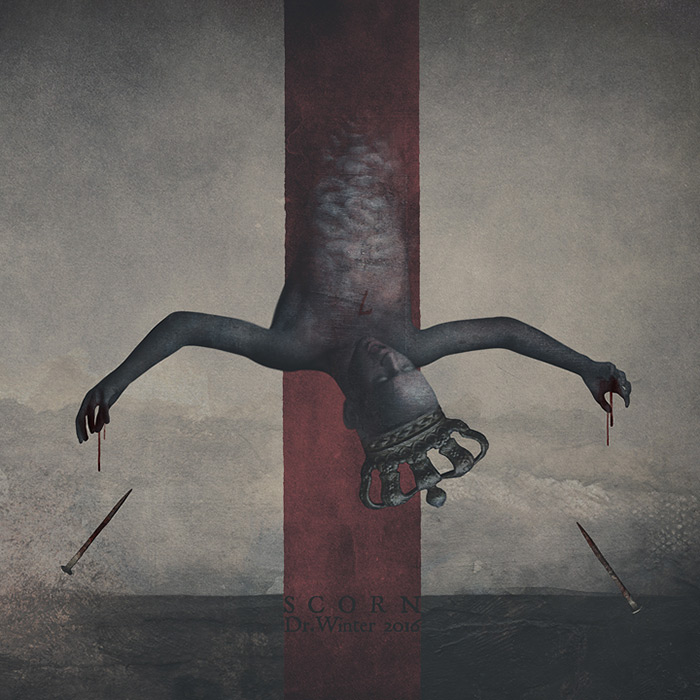 Name: Max Winter, but I’m always credited as Dr.Winter (no space between “Dr.” and “Winter”. Teratogen is the name of my site. It’s not a company, just me. I’ve dreamed of making album covers since I was 10 or 11. I’m a Rock/Metal fan since 1989 and I always loved Iron Maiden’s detailed covers (besides all other Metal artworks). Between 1999 and 2005 I have studied painting, sculpture and art pottery and I hated computers until they made us take pictures of our works and edit them in Photoshop (in 2002). That’s how I discovered it and I immediately fell in love with the software. As soon as I was “good enough” I asked some people who played in bands…

I’m primarily working with Photoshop (version doesn’t matter) but I also photograph and/or draw things I need for compositions. I’m also doing music videos: https://vimeo.com/teratogen Most of the time I’m doing what I want, the bands just tell me to adjust small things. Money is not an important factor, I already have a 9 to 5 job, so the art I do is primarily for personal pleasure.

Music and art belong together. I’m sure Iron Maiden wouldn’t be the same without their great artworks. Imagine the music industry would have continued to release music without sleeves, like they did at the beginning… BUT I like it most if the artwork doesn’t 100% “belong to the music”. I especially love the artwork for Mayhem’s “Ordo Ad Chao”.

This occult thing is very popular now and I don’t really like it. I’m trying to keep it away from my art, whenever possible. I like being inspired by reality. My work draws inspiration from subjects such as films, history, mythology, religion, etc. as conflict between men and women, as well as the inner fears and sick cravings of modern people. Even as a child my drawings had a macabre touch, which resulted in some problems with teachers at my elementary school. I love almost every form of art, from surreal to gore. That is a problem sometimes, because I’d like to do a lot of styles at once. I don’t think I have a style that is recognizable at first sight. My main inspiration is a mix of Storm Thorgerson, Travis Smith and Gottfried Helnwein.