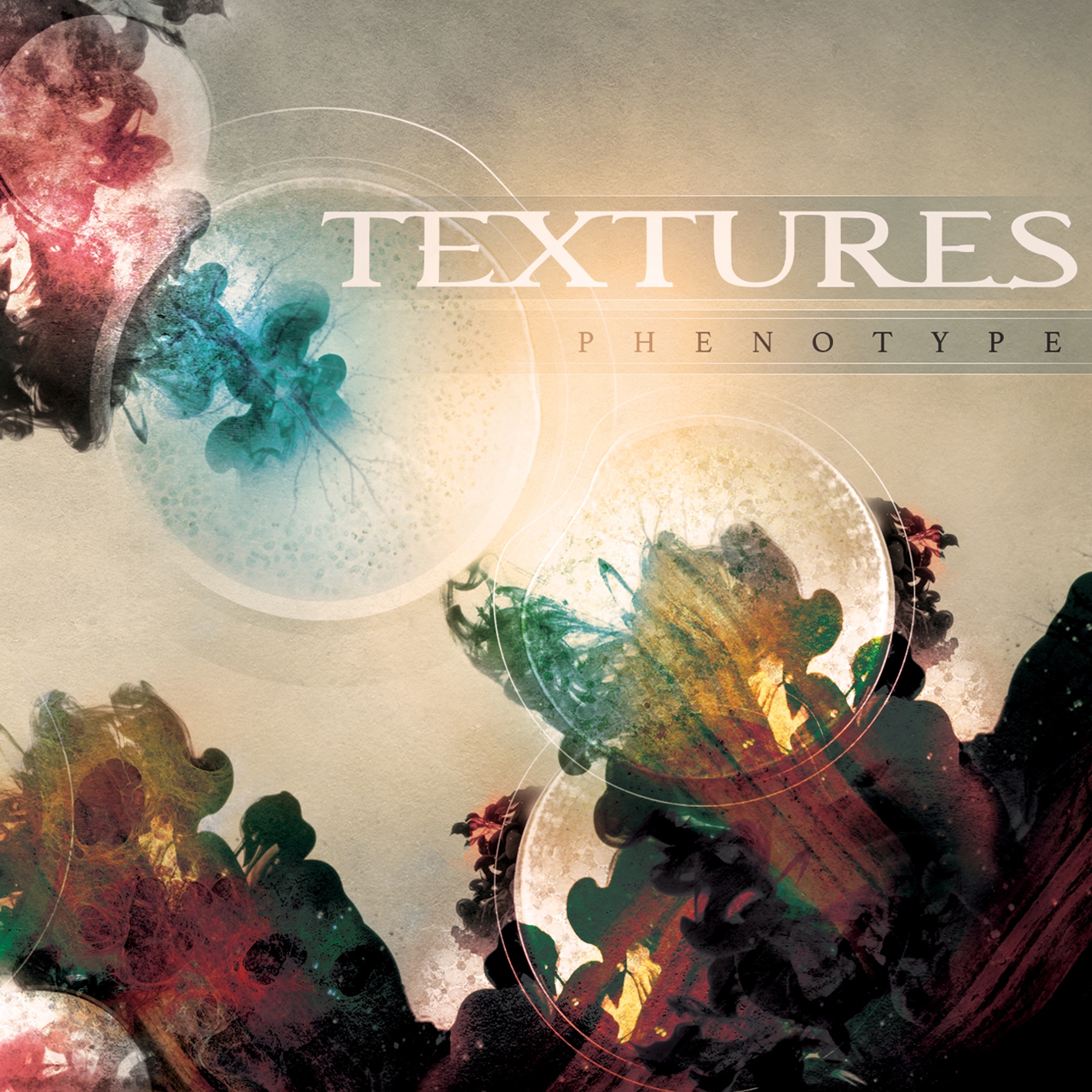 The Outcome of everything

Dutch band Textures are pioneers of technical/progressive metal, their latest release ‘Phenotype’ has been their most complex, enchanting & catchy work by far (part of a diptych, with Genotype due for release next year). Formed in 2001 and renowned for their highly technical abilities, they play an innovative & very complex style of metal incorporating refined soundscapes. Before hitting the stage at Mammothfest in Brighton, HMA had the chance to chat with drummer Stef Broks and keyboardist Uri Dijk about the Phenotype – Genotype era, to be released on Nuclear Blast Records, favorite album covers and memories for touring outside Europe.

HMA: Hi guys and welcome to Heavy Music Artwork. Are you planning to release soon the second part album “Genotype”, which if I understood, it’s set around the same concept of “Phenotype”?

Uri Dijk: Yeah, sure. It’s two parts of a whole. It’s simple like the names come from genetics. In general, you have your genetic material from your parents, which is your genotype, and the outcome, like the way you look, the way you behave, is your phenotype. Simply put, if your parents have blue and brown eyes, then you can have both but the colour of your eyes is going to be your phenotype. We tried to do this in a musical sense. Phenotype is actually the outcome of everything. Genotype is going to be all of us put together musically in one big song, like a big gene pool of ideas and things like that.

Uri Dijk: Yeah, yeah, pretty much, it’s like a double album and we’re quite a lot far away with it.

HMA: Is Joe going to contribute to the songwriting again?

Uri Dijk: Yeah, “Phenotype” which was released this February and was kind of the first album he contributed to, and of course, he is going to do the same thing for the upcoming album. He’s quite in the mood. Because these are his first albums, he has loads of stuff to bring.

Stef Broks: He has a lot to offer to the band because he has been in metal bands, jazz bands, and whatever bands before. He gained a lot of inspiration from all kinds of styles, which is very welcome to Textures because we are never actually bound to just one metal style. It can even go further than whatever metal fusion, jazz or soul, whatever. Everything is welcome.

HMA: Who did the cover for Phenotype?

Uri Dijk: Remko our bass player. He’s into that stuff. He’s actually working as a professional video editor and has always worked with that kind of computer tools like the multimedia design, Photoshop kind of things. He did the same thing actually for the previous album, Dualism. He likes to work things out in a more special way, like he did with the dualism, in this sort of arty way, only working with three or four colours, I think. For the next album, actually, I don’t know what he’s coming up with.

Stef Broks: He’s showed some ideas and it’s good to have somebody like that, he knows it’s for his own band, so he can put the extra effort in.

HMA: Talking about album covers, do you have any favourite one in general?

Uri Dijk: Yeah, there are lots of them, let me think … Because we know so many albums, of course. It can be very simple like Nirvana “Nevermind” so just the baby in the pool, which is just very iconic, “Velvet underground” with their top album “The Velvet Underground & Nico” with the banana, Andy Warhol style. That’s very iconic. Yeah, I like those, also very dark cover albums from Dissection “Storm of the Light’s Bane”, Emperor, the first album “In the nightside eclipse”, very dark, very black metal, of course, but there’s a lot of fantasy in it.

Stef Broks: I used to pick out albums just for their cover because I was so into the very detailed drawing stuff. I listened to a lot of electronic music, and I think it’s funny not every electronic artist puts out albums, but the ones that do, they have a very different approach to it. A lot more minimalistic, just two colours sometimes, just one image, just one face of something. There’s a lot of metal bands or rock bands that have done this as well, but this is on a different level. I appreciate it a lot as well because I think it’s really cool how you can say so much with so little.

Uri Dijk: It’s quite funny though because electronic artwork, the covers of albums, has always been like that, since the 80s, and metal albums, on the other hand, has always been on the dark side, the fantasy side so it’s never the other way around.

HMA: What’s the best tour or gig you have done this year so far? I know you’ve been touring with Amorphis and a few dates with Fear Factory recently.

Stef Broks: For me, it’s very clear, our show we did last weekend in Israel. There have been many really cool shows we’ve done, but the thing is on a tour, it becomes a bit of a blur. The tour as a whole is cool, but it’s very difficult to pick one show because you do one every night. In Israel, we went there for a few days and we had time to sightsee. For me the whole experience contributes to the show, not only the crowd in the show itself but … for me, this was very memorable and a really, really good experience.

HMA: How is the metal scene in Holland nowadays, compared to other countries?

Uri Dijk: There’s a metal scene everywhere we see, if you travel all across Europe, is that there is a scene everywhere. It’s not so different from one country to the other and a lot of people say, “Oh yeah, in the north, in Scandinavia, there are loads of metal fans.” It’s not true. It’s just the same as in Holland and the same as in France. The difference is that in Scandinavia, there are not so many people living there, so there are not so many metal bands, actually. Not so many metal fans. Mostly, it’s all the same.

Stef Broks: Holland is small, that’s the only thing. Holland is small with a lot of people and a lot of good venues. There’s a lot of bands coming, so every weekend … if you want to go to see a band, you can easily go, public transport is good and people are very spoiled. If the country is bigger and it’s more difficult to travel, I think people put more effort into actually going to a show because maybe, artists won’t come to their town, so they don’t mind traveling a lot, but in Holland, it’s like, “Oh it’s an hour and a half, no, too far away. The artist will come to my town.”

Uri Dijk: The thing is that all over Europe, there’s sort of the same amount of metal fans, but the vibe can differ a bit. Like in the more remote places, it’s actually a better vibe, in the country. Where a band’s plays in Israel, is totally amazing because there’s not many metal bands going there.