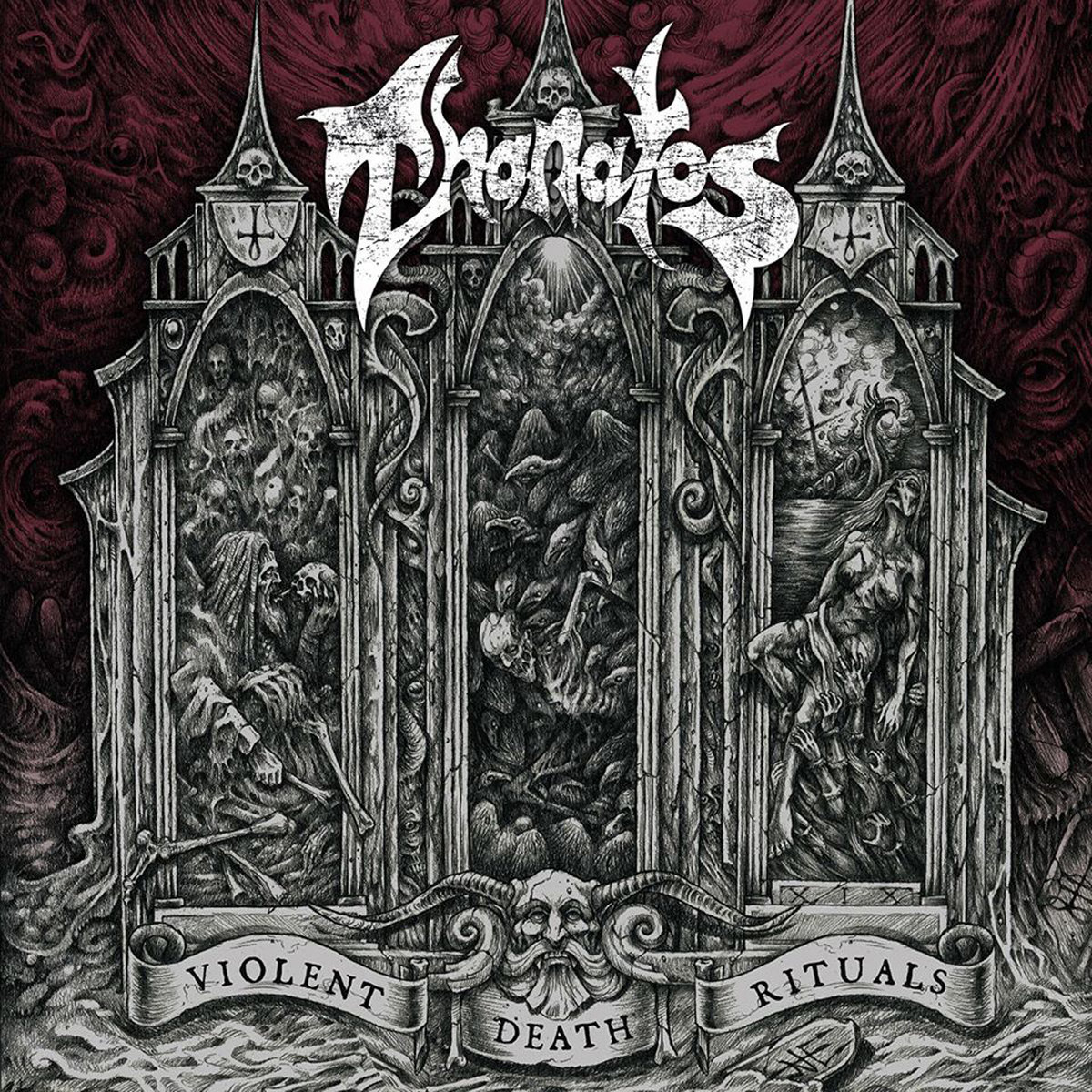 We started writing new songs in the Summer of 2018 and finished the writing process in the Summer of 2019; it was a team effort with guitarist Paul, drummer Martin and me writing all the music. I also took care of all the lyrics. With this album, we wanted to combine the speed and aggression of our previous album (Global Purification) with the atmosphere and the darkness of our 2nd album from 1992 (Realm Of Ecstasy), and I think we succeeded. We produced the album ourselves and enlisted Dan Swanö for the mixing duties. We think it turned out well. It’s not up to us to say it’s our best album ever, but the reactions of both the fans and press have been really good, and many people see it as the highlight of our career. Of course, we’re very happy to hear that after 36 years in the business. It’s definitely our most coherent album so far.

We don’t have any rituals for writing music; I write music when I get inspiration and when there’s no inspiration, there’s no new music. I need to feel at least a bit good to write new music; with the current situation in the world, that’s kinda difficult as there’s no real perspective for better times. It does give new inspiration for lyrics, though; all misery in the world is always good fuel for angry, pissed off lyrics.

We’re an old school no-nonsense band, but we feel a metal band has to look like a metal band, so we dress in black, wear leather, and have much headbanging on stage. Interaction with the audience is also very important; a wild, enthusiastic audience leads to better performance. We don’t use many props, but we have a big backdrop with a logo, banners with artwork, and some smoke and pyro stuff.

Metal music itself, the contempt I feel for today’s society and the will to survive and keep this band going are my main sources of inspiration. I never gave up believing in the band nor myself, and although we aren’t the biggest band in the world or even in the underground scene, we’re still after 36 years and many, many difficult years.

For me, metal definitely is iconoclastic; One of the reasons I got interested was the “us against the world” attitude; metal stood for rebellion…against organised religion, against authority, against injustice in the course of time, the scene has been taken over by weak people who willingly conform to all mainstream beliefs and trends that’s a shame and also one of the reasons I don’t feel part of the current ‘scene’ anymore; I still like the music, but the attitude of a lot of metal people these days, is far removed from how I feel.