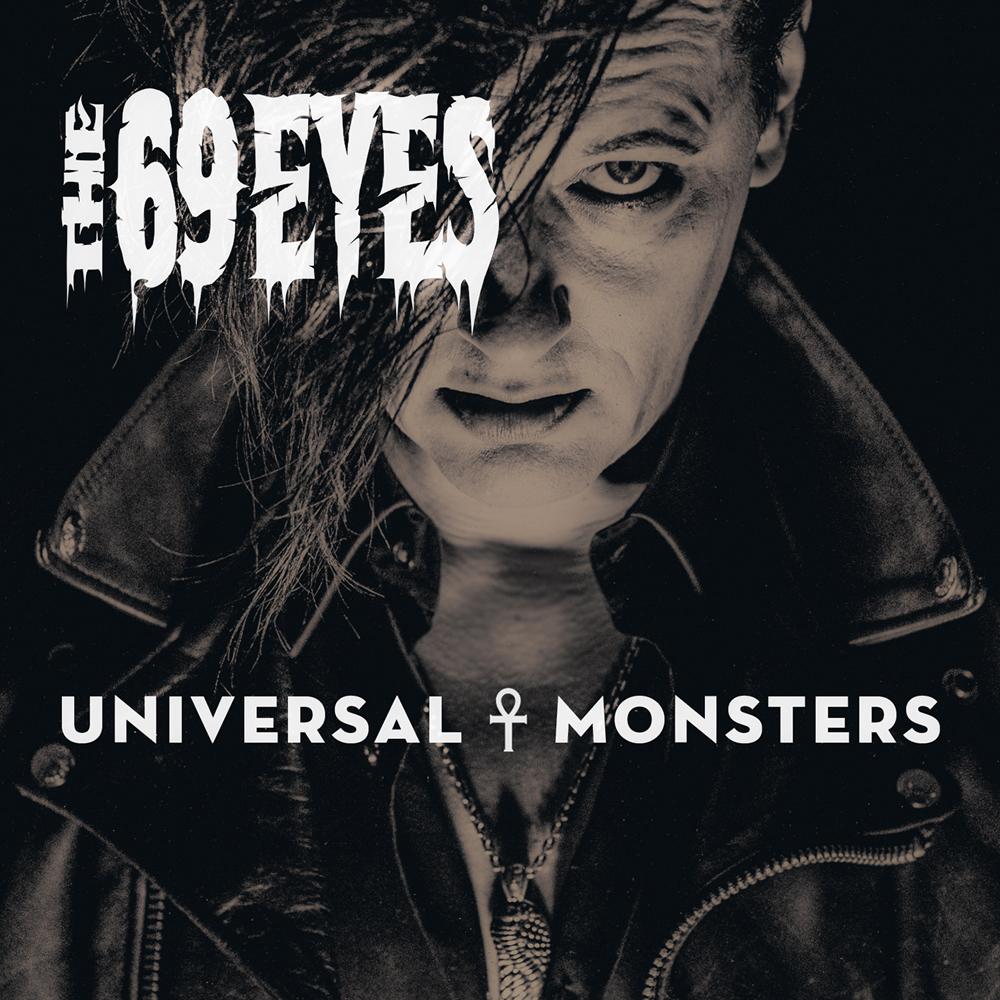 We couldn’t miss the chance to catch up with singer Jyrki of the longstanding gothic rock band The 69 Eyes. The Finns have released their 12th album “Universal Monsters” which for some is considered a jump in the past and they have been touring in UK with The Mission, one of their music influences as Jyrki revealed together with his passion for ancient cities such Rome, horror comics and future projects. Vampires may get older but they definitely don’t lose their charm.

HMA: You brought back producer Johnny Lee Michaels for your latest album “Universal Monsters”, is it therefore based on an old similar sound and concept of “Paris Kills”?

Jyrki: We’re old friends and we had a nearly 10-year break without doing anything together with him. Of course, we saw each other, because once in a while he came to our shows, but we decided to try something else with the other records. Now it was time to go back together with an old friend. It was much easier because we know each other so well. Then again, back in those days, we were still a tiny band, smaller than now. We wanted to achieve something, so wanted to create something that will capture the whole world. I think we succeeded in our own level back then. Now it was just time to do something for good time’s sake.

HMA: I believe that the cover artwork portrays each 69 Eyes members as a movie monster, was that an idea you came up with Ville Juurikkala?

Jyrki: We’re getting old, our average age is closer to 50 now. Some of us are over 50, some of our coming into ’50s. I don’t want to have to pretend to be young or eternally young, or anything. I just wanted to show our age and it’s pretty brutal to put the light under your chin, that really shows your age. I just wanted to show, like an old rocker, with their new record, new music from older rockers. That was my year and on the other hand, all the rockers are not so far from being monsters, so it fits like that. Funny enough, that was done a year ago. As we speak now in November 2016, those photos were done a year ago and I’ve seen already a couple of other bands doing a similar kind of pictures. For instance, In Flames, I saw their latest pictures and they have similar light. It’s not a new thing, but I think it’s fun to see that some other bands are using that. I don’t know if they are inspired by our pictures, but it’s one way to express, give the idea of what the band is thinking right now.

HMA: What about that picture with all of you upside down? True Helsinki vampires! Reminds me of the scene of “The Lost Boys”

Jyrki: That was funny and thought our fans would like it. We thought it’s hilarious and we just did it and we wanted to see if that would go through, that’s all. Will be interesting to see what people will say.

HMA: “The Dolce Vita”, what are the inspirations that lead you to write that song? Was Ville also involved in the recording of the video?

Jyrki: I like the movie by Paolo Sorrentino, “The Great Beauty” so I just wanted that kind of image or idea for the music and then the video. We didn’t have a chance to go to Rome to film it, but we had to somehow, I mean it’s no use to invest a lot of money in the videos because there is no money, so whatever videos we do, you still think they are there to represent the song. I think that was an interesting collaboration with Ville, the photographer who did the cover artwork and has done a decade of photos for us. It was just interesting to do the video with him. I liked it. It represents the song and it was better than I thought. I wanted to be something … If I could have all the money in the world, I would be going to Rome to film me walking there or something, but this was really good.

HMA: You also have another song based on a city, the mystical “Jerusalem”. Is that something special for you?

Jyrki: Oh yeah. That was something I’ve never done before and then we wrote the song despite I actually hadn’t been in Jerusalem before. I decided I need to go there to know what I’m singing about and then I had a chance to go there and I really liked it. I wrote the lyrics and then the song, I was recording the song, and then I went back there another time, this year, and then I filmed something which was used in a little video we have on the internet.

Now I’ve done 3 videos by myself, which is just like… a film with a mobile phone and take the black and white videos and I’m doing it, a friend of mine who is editing them, so I really like what they are. Somebody was complaining, like, why don’t you etc… What happened to the video budget? There is no budget in the videos. Nobody can afford to make those videos. Even we made videos already and I’m glad we had a chance. Now, it’ time to do something and I love to do these tiny little black and white ones. I love to do them and I’m glad some people like it too. It’s just a way to put music on the internet. People listen to songs from Youtube, so if there’s something that I filmed, it’s even better than if there’s just a picture.

Jyrki: I like to do it, but I’m excited to do those videos, but it’s funny that somebody’s saying, “Oh, where’s the video budget” Well, there is no budget. Buy our record, maybe there will be someday. We’ve done all the biggest videos already, like in Hollywood. I like the middle we are in many ways.

HMA: What are your personal musical influences? I remember your early days as a glam rock band.

Jyrki: I would say the Mission, really. We played last night Leeds and I went to see the Mission right after our show and at that moment I feel like it was the best show I have ever seen. I remember how important the Mission was when I was a teenager. The first Mission album came over half a year before the first Guns N Roses album, that same year 1987, so the Mission was really important. That’s one of the influences. There’s, of course, so many, but I would like to say the Mission is a great influence and inspiring me to see that band still playing great shows right now and what a privilege to have a chance to play with them.

HMA: It’s amazing the fact that you have the same line-up for over 20 years, what is the secret that keeps you all together, without losing the enthusiasm? Don’t you argue?

Jyrki: We probably never really did… The 69 Eyes is not a commercial band, it’s more like a lifestyle. Everybody still likes to be a rocker. Maybe it’s not the wisest or healthiest choice, but we’re still like it, so that’s why we do this. Nothing has changed once we started. In our heads, we’re still excited of being in a rock band. Sometimes frustrating, but in the end, when you’re on the stage, you realize, well this is actually pretty cool.

HMA: Jyrki, you also have another band called The 69 Cats, how is going with that?

Jyrki: Some of us have different side projects, I have this with these American rockabilly guys. That was really something that I needed and I wanted to sing that kind of music. The 69 guys can only do our kind of music, so that was a really important thing to try out. It’s still alive and whenever there’s time, we might do a record and some shows. Basically, we have been based on playing in the States.

Jyrki: Yes, of course, that’s my roots, my musical roots. I’m not a heavy metal guy, I never liked heavy metal. Never listened to it, it’s not my cup of tea.

HMA: Last question, years ago you did a comic book called “Comics Zombie Love”, are you planning to do something similar again?

Jyrki: I wish I had the time. I should go to an desert island for half a year and draw because drawing doesn’t go out. It’s like once you learn to ride a bicycle, you’ll learn to ride in the same way and I really would love to, but it takes so much time. I’m not a modern drawer, I’m old-school, I really use a pen. In my comics, it’s always night, so there’s the background. It’s black, so it takes really long to finish the artwork. I wish I had time to do that, but meanwhile, I’m actually having a book out next February.

Jyrki: It’s kind of adventures, rock and roll adventures around the world. Nothing to do with the band. It’s just what I’ve been doing in my life. Just like funny, little anecdotes or stories.

HMA: Will be interesting to read! Thanks for your time Jyrki, good luck tonight and on the rest of the tour.