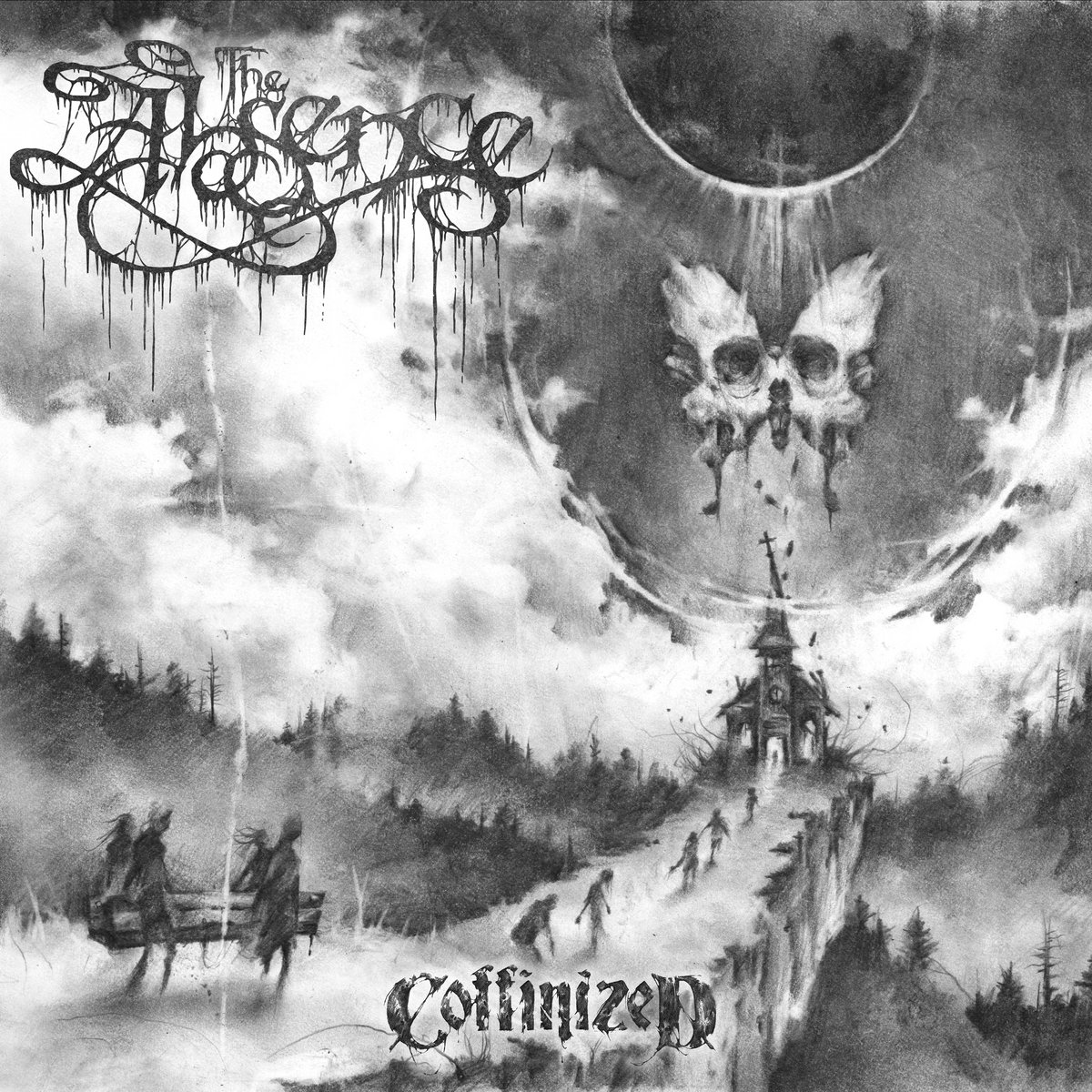 Florida’s The Absence came onto the scene in 2005 with their crushing, Erik Rutan-produced Metal Blade Records debut, ‘From Your Grave’. The album and its three follow-ups, 2007’s ‘Riders of the Plague’, 2010’s ‘Enemy Unbound,’ and 2018’s comeback, A Gift for the Obsessed, The Absence showcase the perfect mixture of heart-wrenching melodies and skull-pounding aggression while evolving their distinct sound, truly making them one of the premier bands of the death metal scene. The Absence further ensconced their reputation via several tours supporting some of the biggest names in metal, including Cannibal Corpse, The Black Dahlia Murder, Amon Amarth, Goatwhore, Destruction, Deicide, Origin, etc.

And now, without hesitation, The Absence return with their most deadly work to date – ‘Coffinized’.

Recorded by drummer and guitarist Jeramie Kling and Taylor Nordberg, respectively, mixed by Kling, and mastered by longtime Absence collaborator Jonas Kjellgren (Immortal, Overkill, Scar Symmetry, The Absence) at Black Lounge Studios in Sweden, one can still find a voracious group of stark individuals, in a void-bending combustion chamber of ravenous creativity. Every single song bears a torch of deprivation, darkness and ultimate triumph, furthering their distinct and evolving mark on death metal.

Decibel Magazine had this to say about the album: ‘… It’s melodic death metal the way it’s meant to be: full of heroic guitars, gritty and glorious in equal measure.’

I would describe our music as “death metal evolved”. We incorporate all sorts of things from melody to progressive structures, brutality, and beyond. But, our sound will always be rooted in death metal. For us, the new record ‘Coffinized’ is the best thing we have done to date. It was made under some pretty stressful situations. But, the end result is something to behold, and we are very proud of Coffinized.

The lyrics are extremely personal. Whether it be a worldview or just what I see reflected in the mirror, something will always come from deep inside. With that being said, I do like to write metaphorically. Lyrically, maybe my main focus can be interpreted differently by somebody else. Possibly, in a way that suits them better. I do enjoy conversing with people about what they interpret through my lyrics versus what I may or may not have written them about

Maybe the only fixation is that the greatest things to be learned and experienced are from life itself. From Allowing yourself to live in it.

I suppose it all begins with getting into Punk/Hard Core music. After a while, I just needed something heavier, faster, and, I suppose, more extreme in a way. Luckily, it wasn’t too hard to find Thrash and Death Metal lurking right around the corner.

And as a listener or even a creator, music is very important. It is a release, it’s a sanctuary, it’s a shoulder to lean on, and it’s a whole lot of fucking fun. I really don’t know what life would be like without music (or the arts in general). The inspiration alone is enough to bring you to your knees. I can’t count the times I’ve needed to listen to a certain song to calm myself down or put me in a happier place—or even need to get pumped up for something. I recently went and did some guest vocals for friends in a band called Carnal Ruin from here in Tampa. I had about an hour’s drive to get to the studio, so I split that time by listening to Edge of Sanity and Judas Priest to get me pumped up and in the right mindset.