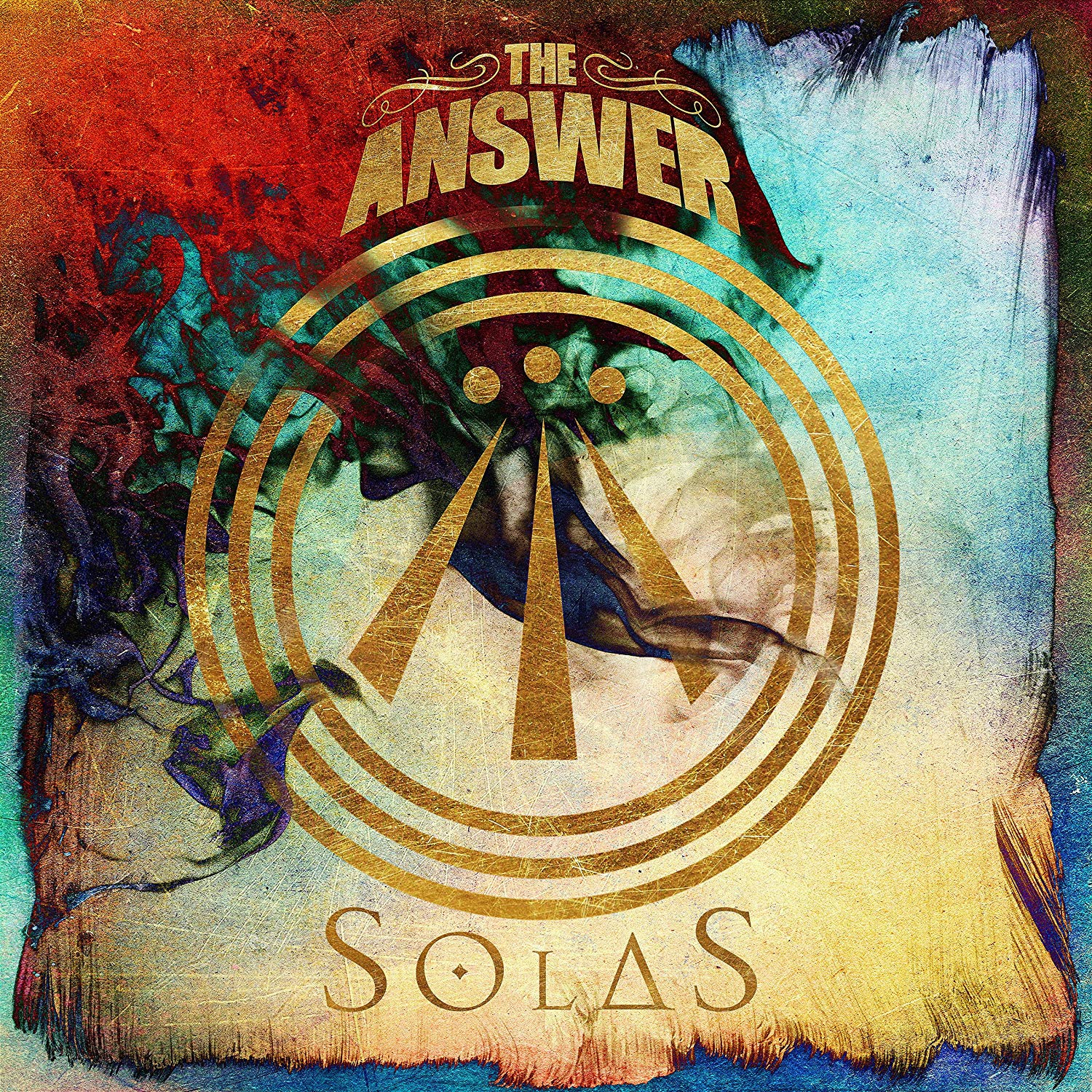 The Answer is an Irish band that is in high demand, their sound and talent are being noticed worldwide and they also have been touring and playing support to AC/DC. Their latest album ‘Solas’ (2016, Napalm Records) has a completely different sound, it moves away from the previous ones and it takes a whole new direction. ‘Solas’ steps away from rock and gets closer to pop, but at the same time it explores and goes deeper into the band’s  Irish roots, incorporating their culture and heritage in this new record. We caught up with frontman CN during their tour with John Corabi’s Dead Daisies, to have an insight look into the new sound and the band history and future plans.

HMA: Your latest album ‘Solas’ came out in October 2016, what went into it? And tell me about the direction which is different from your previous.

Cormac Neeson: It’s a very different record for us. We’ve been making records now for ten years; we’re on album number six. I think we decided we wanted to make a departure from what people presume the answer stands for. We went down to the studio with an open mind in regards to how we express ourselves. On top of that, me personally, I had just come through a really tough time with my baby boy was very sick when he was born and he had got well by that stage and was home living a normal life with his family. I was feeling pretty good, but that I hadn’t forgotten, the pain and the anguish but we’d come through it and I think you can pick up on that, the journey that goes on in the record, it’s very much of it. ‘Solas’ is the Irish word for light. And the record is very much about this battle between light and darkness.

HMA: ‘Solas’ seemed to have taken more of a pop direction and less of a rock n’ roll one, was it a natural process? And do you think you will get back to the old sound?

CN: Really the direction of the album happened at the moment, it was very much about not being afraid to experiment with other influences. One of the main things was to embrace our Celtic heritage a bit more and use that Celtic flavour as one of the starting points to make an album that will present a different progression of us. There’s a lot of that going on, but you can definitely say it doesn’t sound like Led Zeppelin one. We’ve heard people throwing at us that this is our Zeppelin three if we’re talking in terms of Zeppelin. You’ve got a band that isn’t afraid to take a leap of faith and do something different to what their fans expect. I think you can lose sight of that fact. It sounds obvious but writing song for yourself sounds like an obvious thing but sometimes you can get influenced by record companies and fans and agents and management and that distorts what you’re doing it for in the first place. Honestly, I don’t have a clue about the direction, but one of the brilliant things about this record is that it’s opened up a whole other area that we could take our music to now. Whereas if we’d just made another album like the ones we’ve made, we’d continue to be working within these narrow confines, so it’s an exciting prospect as to where the music goes from here.

HMA: With such a broad choice of different sounds what are the bands that inspire you the most?

CN: As a singer, I love those great souls and blues and rock singers, like Paul Rogers and Steve Marriott and Odis Redding and Highland Wealth. I love the delta blues, I love the British blues explosion from the sixties, the John Meyer record and Eric Clapton ripping it up. That’s what really initial got me into music was listening to my parent’s record collection. Then after that, I was definitely into Smashing Pumpkins and Rage Against The Machine and Bouncing Outward did really well. I was like twelve years old, so it was the perfect time for me. I’m also not narrow- minded when it comes to what kind of music I listen too. I love Irish folk music as well and American folk music, Americana. If a song is good and the musicians have got that passion, then it’s all fine with me.

HMA: Is the initial vision you had for The Answer been fulfilled so far? And which do you consider to have been the highlights and milestone up to this point?

CN: It’s hard to quantify an answer to that question because we never really said, “By 2016, we want to have near six album, we want to play in front of X amount of people.” Being in a band, it’s really about the moment that you’re in right now and all you can do is really do you are best in that moment. Try to make sure that you’re writing good songs and getting up every night and giving a good performance on stage and see where that takes you. You absolutely hope that it takes you through the roof, but as to solid quantifiable in best, I’m not sure. I’m really happy with where we’re at right now. We had lots of highlights, every time we go into a studio to make a record, have been highlights, that sort of thing. We’ve done some beg gigs with big gangs, we did a world tour with AC/DC, we did gigs with the Rolling Stones and Whitesnake and Aerosmith and Hay Park and we played the David Letterman show and some of the venues, we played Madison Square Gardens and Wembley Stadium as well as Madison Square Garden, that’s one of the big highlights. That was a good one yeah, some of the homecoming shows in Belfast have been so memorable. They stick in my mind, but there’s a lot of stuff that goes on when touring if you have ten years of that there’s a lot to choose from, you know.

HMA: As you said, you’ve played with many big bands, AC/DC, Aerosmith, White Snake, if you could choose a band to tour with which would it be?

HMA: If you could collaborate with any artist on your next record, who would you choose?

CN: Probably Roy Gallagher, just a local hero of mine.

HMA: Are you involved in the album artwork and videos?

CN: No, we’re involved. It was Mickey, our bass player who suggested we use the island symbol on the front of the record as the focal point on there and then the artist that we trust, Paul Chassel, who we’ve done a lot of work with us the past. He took any ideas we had and mashed them all together alongside listening to the music and came up with the art cover

HMA: So what’s next for the band on the road?

CN: Yes, we travel to Cale’ tonight and ferry through the night and we tour Europe until the twenty-second of December. So a lot of touring and then in the new year we go on Monsters Of Rock Cruise in January around the Cayman Islands, which will be fun. Then we’re going to do some more UK and Irish shows in February and just try and keep the momentum going into what we hope will be a busy festival season. So we’ll do a bunch of festivals and then see where we’re at the end of August. I like touring, it’s definitely different and it’s tough. I really don’t like leaving my kid at all but I travel home on days off and stuff whenever possible and you just have to do the best you can