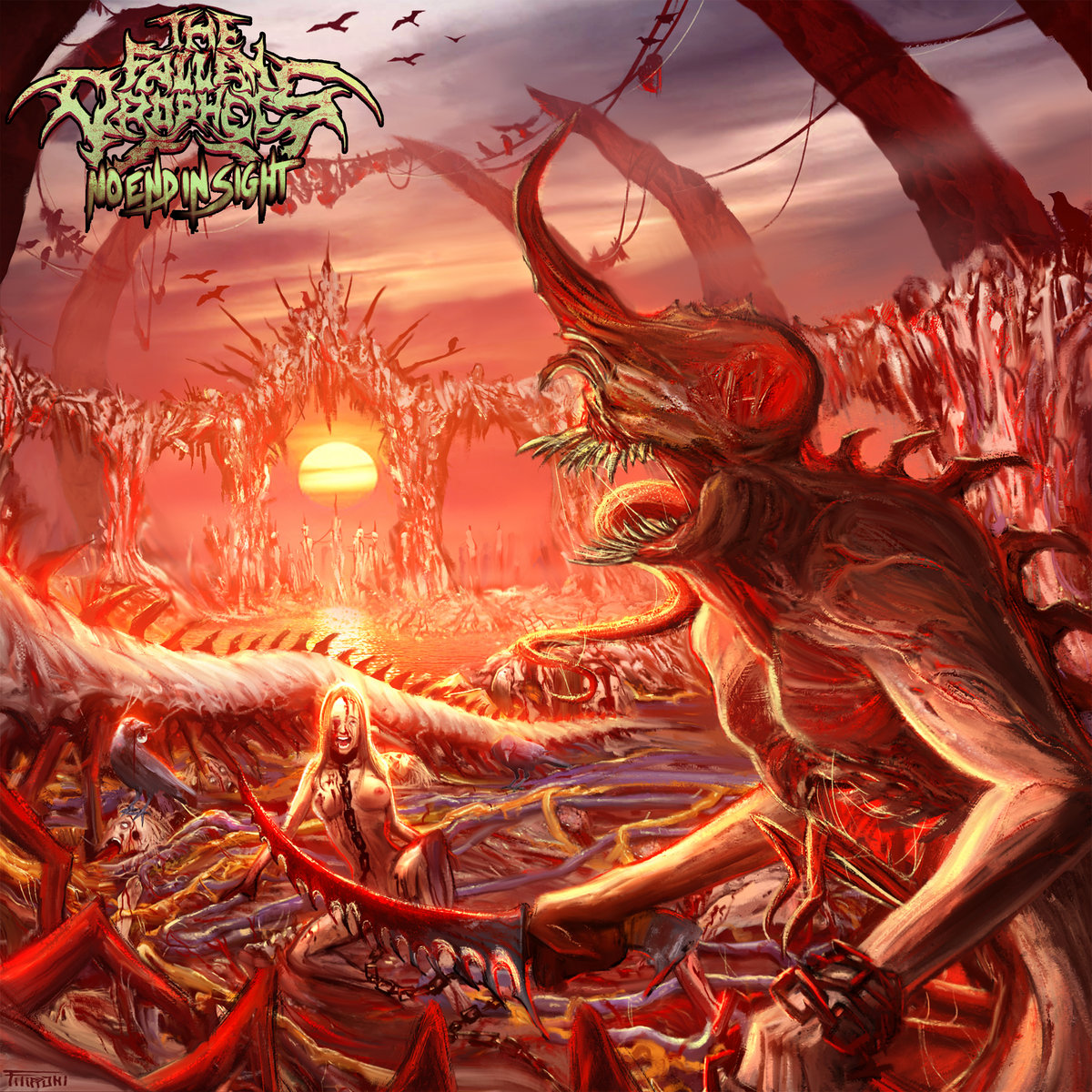 No end in Sight by Francois van der Merwe

The band name’s The Fallen Prophets concept is that four prophets were killed in the church and came back to life to haunt their killers and make life a living hell for the living. The album ‘No end in Sight’ is set in a space where these Prophets have an entity to destroy all life. Light darkness beginning and end cannot escape.

We are a death metal band with our style: blast beats and deep growls. Our inspiration ranges from aborted to Opeth and all in between. The new album is more influenced by cattle decapitation, giving a blackened death vibe. We love the brutality of the instruments and the vocals and death metal in general. It is a solid genre, and we will forever have a solid death metal foundation with influences ranging as we write.

We do not have any of the above in our lyrics. The lyrics range from demons taking over bodies to murder and kill. Our first releases was more based on the struggle of life and its hardships. To be honest for us in South Africa we have not heard that term before ‘dark arts’. I would think that this would be art done in a dark form which in our country is very frowned apon.

The art was done by Alberto Filipponi Art. Alberto is from Italy and we got the art from him already made. He did make our previous releases art and we briefed him accordingly. Great artist and a true pleasure to work with.