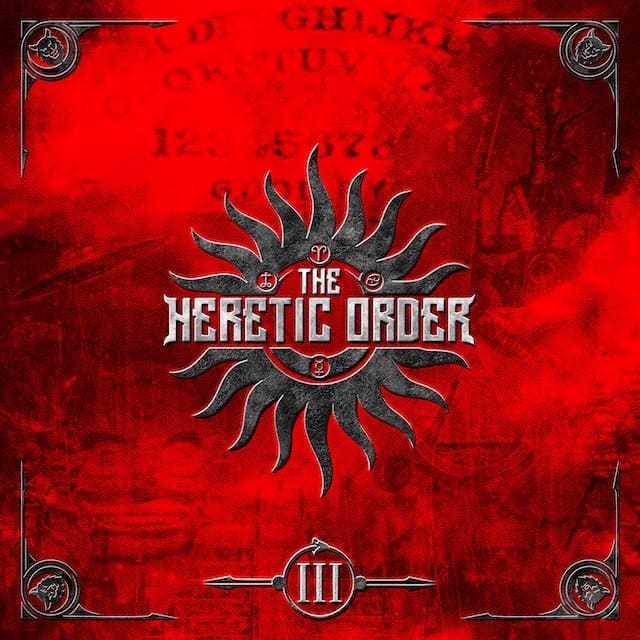 Our music is metal with a dark feel to it, a soundtrack to the lyrics which are short stories of the occult and the dark side of human history; I always thought that we don’t need science fiction to scare people; humans have done a very morbid good job of it, we are capable of the worst deeds so definitely not for the light-hearted. Though on some songs, I touch on the subject of alien life and earth visitation, which some would consider science fiction, but I don’t.

I am proud of this album; we have taken the heretic sound and themes to the next level. Though with the pandemic and lockdown, I worked by myself on most of the recording and the whole album project; lucky enough, we had the drums recorded days before lockdown. So as in the previous album, the whole concept of ‘III’ is very personal to me.

We tap on the dark side; there are no feel-good factor lyrics or stories, as I like to call them. There is no message here, just storytelling; I don’t preach or try to convert anyone to my ideas or beliefs. We are entertainers and dwell on the horrors and dark side of spiritualism. If I had to explain our concept and theme, I would say it’s the occult, but in reality, it is more than that, and the subjects and story have a broad spectrum.

Music is life. That’s how I feel it and see it in the lyrics and theme of the Heretic Order; well, I have been a massive fan of horror movies and stories since I was a child and have always been fascinated by the occult and questioned myself about what spiritually surrounds us (note not religious) that and the secrets of the unknown universe which us humans can only speculate and theorise about. Add to that my passion for history, especially the medieval era, and you can see where THO inspirations come from.

I did all the artwork designing myself, so I didn’t need to brief anyone. Later, when I had nearly finished it, I passed it to Ipoet from Five Milligram, who had done our previous album’s artwork, to polish it and prepare it for the final pressing. If you look in detail, it’s all illustrations representing all of the songs of the album, from Mayan human sacrifice to the tower of London prisoners executions, the Cathars genocide, alien abduction or manifestations which some confused with spirits or ghost apparitions in the pass to secret societies and their meddling on the dark arts.

I have a philosophical out take on life, especially the quest for knowledge; I love the occult and the mysteries of the universe; the religious subject is very delicate. Most people are indoctrinated, and impossible to see sense or reality or even understand or accept how the thinking has been honed by centuries of manipulation. I feel well know the Abrahamic religion (all of them) are not a spiritual help but means of control; look at the facts of history and how they all proceed; even paganism with its liberal views of life had its dark side; I guess everything that humans touch becomes corrupt call me a misanthropist, but the reality is none of them has a philosophy of living and let live.

It all started with the classics, and it’s been growing since. But on the darker side, watching family members contacting sprits on séance sessions and talking about past lives and messages beyond the grave as a very young kid made a strong impression on me.

Music is more than entertainment; it’s a primordial instinct to us as a species and connects spiritually. The universe vibrates with sounds; it’s all around us. Just listen to nature has its music in the sound of the sea, the wind, and the roar of thunder. Music can energise you and change your mood. It is part of life.