The Loom of Time 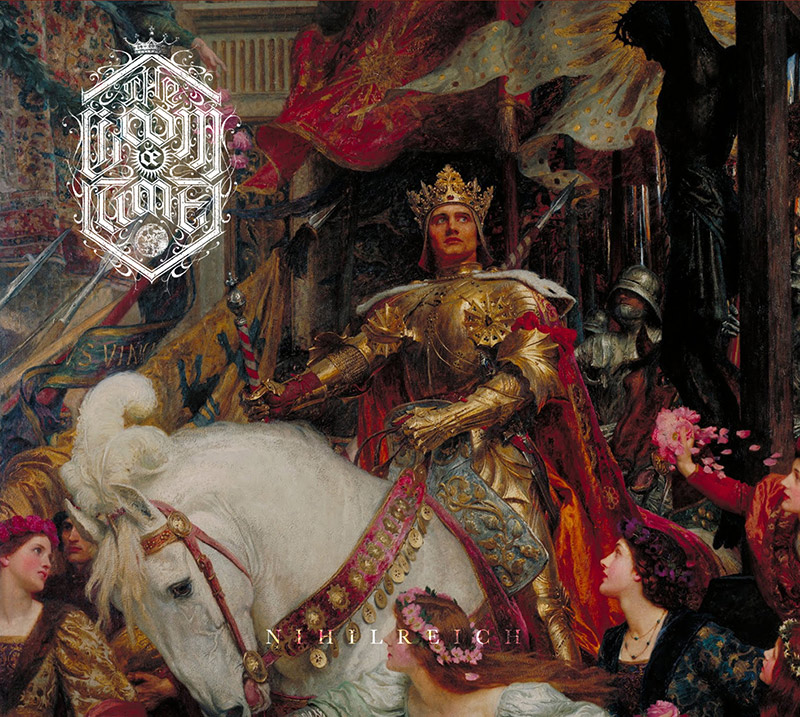 The Loom of Time is a novel blend of black metal, death metal and doom – music that constantly forges forward, but keeps its roots in the unassailable heritage of rock and heavy metal. In a world of passionless, formulaic music, Loom gives us a glimpse of what metal might have been had the genre progressed without leaving behind the grit, fire, depth and creativity that today’s trend-chasers never seemed to grasp.

All that we do is in service of the music or the performance thereof, which means if something political or religious (or more likely, philosophical) inspires us, it may appear in the lyrics, but we’re not a band with an agenda.

Metal has a long legacy, and even the very beginning of metal was inspired by the rock ‘n’ roll that came before it, so there’s a tension between honouring the roots of metal but pushing forward into something new. I think great metal comes from honest creativity, where an artist isn’t interested in cashing in on a new trend, but also isn’t afraid to break the rules that metal, or music in general, inevitably develops. It’s a balance between thought and emotion, between old and new, and as long as it stays true to the spirit of metal – to be the antithesis of the placating, un-challenging commercial music of the day, it’ll have a place in the halls of great metal.

Art is manipulation. It wants to make you feel or think a certain way, to lead you on a journey that feels personal like maybe you chose the path it takes you. Film, prose, paint on canvas, all these things have much to teach the musician about restraint, or pacing, or emotion, or construction, or tension, and I draw inspiration from filmmakers like Stanley Kubrick, from painters we call classical art, William Blake, Samuel Colman, or from writers like Kurt Vonnegut and Herman Melville. It seems almost stupid to say it, but living in the present means we’ve got the greatest volume of art ever to have existed behind us, to inspire us, and greatness in any medium can be learned from. The other side of inspiration comes from existence. Suffering, injustice, seeing the world the way it is, all make us want to do something or say something, and music is an excellent catharsis, especially for that which we are unable to change.

Our album art so far has been classical paintings, in homage to Angel Witch and Candlemass, and plenty of other old school metal that did the same thing. The first wave of Black Metal bands out of Scandinavia rebelled against this kind of thing with their high contrast black and white photocopy album covers, and in their place and time, they were what metal needed, but it’s a different world now and I think we should be taking every opportunity to look back at the great works, and using them on the front of albums is a great way to take them to a new audience.

On ‘NihilReich’, musically we draw from modern metal, like In Flames, Behemoth, Marduk, Immortal and so on, and mix it with some old doom, like Candlemass, Cathedral, Black Sabbath etc. all blended in progressive non-cyclical song structures. I was reading “Thus Spake Zarathustra” when I was writing the lyrics, so you’ll see Nietzsche’s influence on more modern thinking and issues come through there.