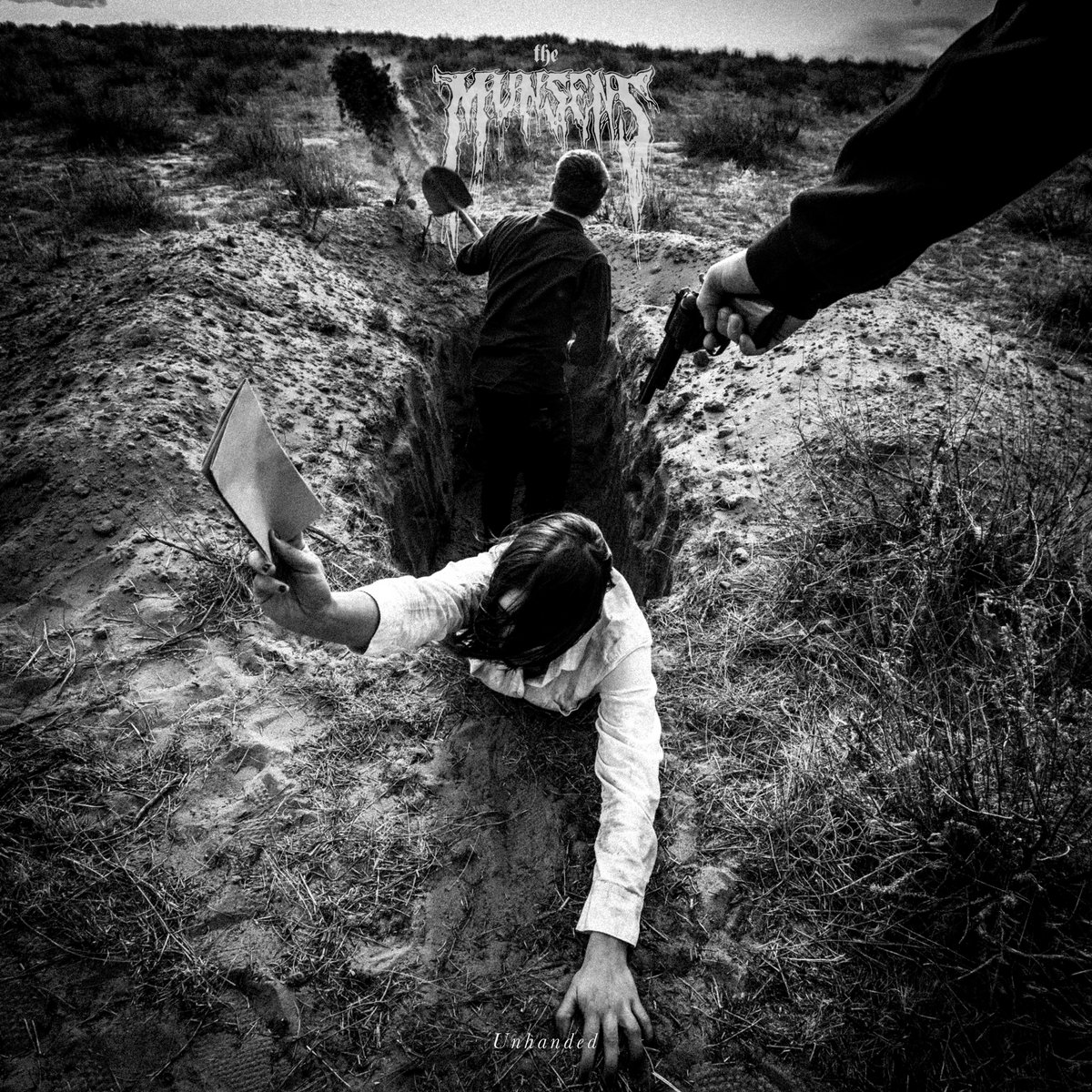 The Munsen’s make noise from a Colfax Avenue dungeon. Having carved out a place of their own in the much-lauded Denver, Colorado metal scene, the band released their first full-length album in 2019 on Sailer Records to critical acclaim.

Our latest release (and our first full length), Unhanded, was the first we wrote entirely with this current iteration of the band – Shaun Goodwin on guitar, Michael Goodwin on bass and Graham Wesselhoff on drums. It marks a departure from the sound featured on our previous releases and gets into some of the explorations we’d always envisioned for the band. We flew back to New Jersey, where the band started, to record this with our good friend Mike Moebius at Moonlight Mile in Hoboken. We deal with a number of subjects in the lyrics on this album, greed and propaganda among them. We are creative people and this band is a place for us to express that drive musically.

Religion and politics have certainly featured in recent lyrics but I would not say that we have a particular fixation on or mission to address any specific topic. We’ve covered many topics across our releases, even including some fictional work. Of late, we’ve sought to offer original commentary on contemporary issues.