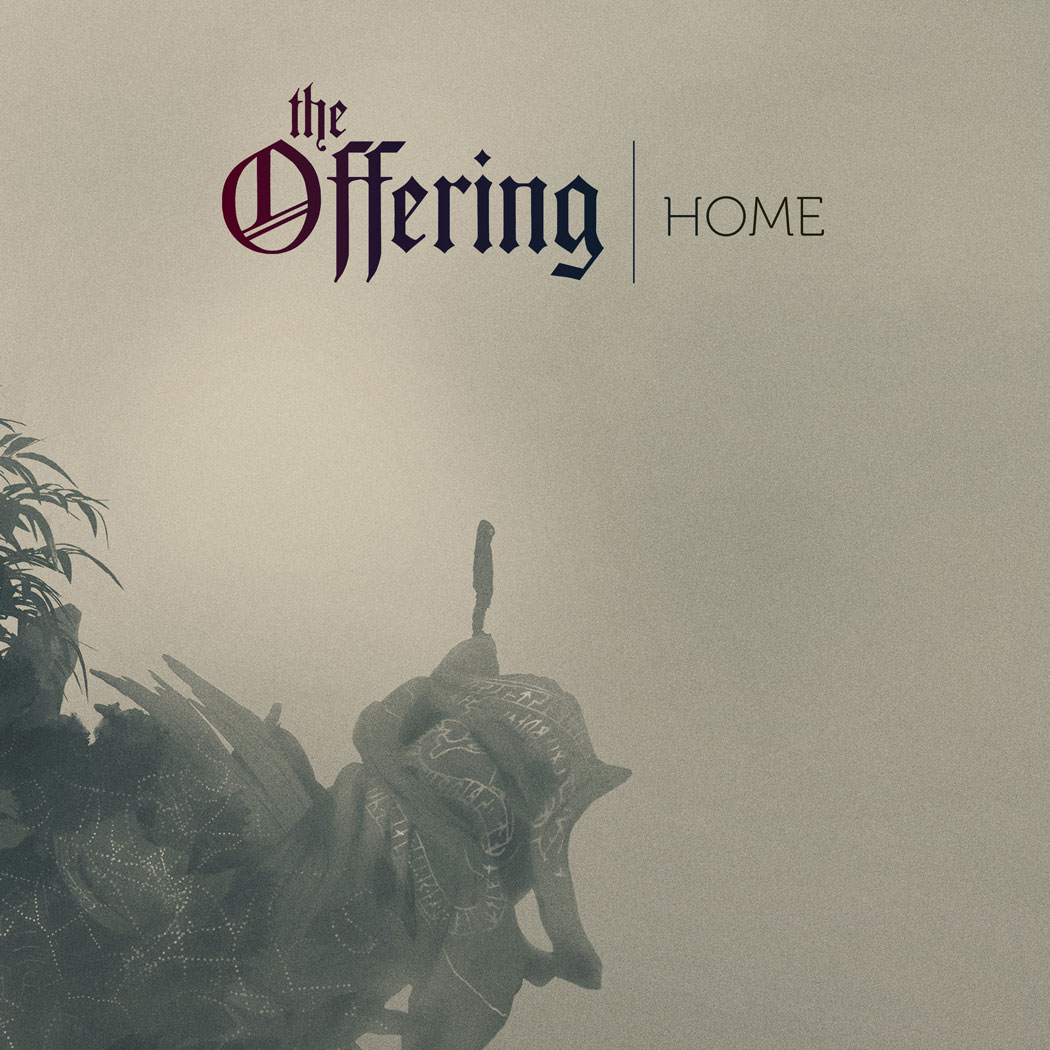 The Offering formed in 2015, the quartet has a way of cleverly suffusing all their influences—from black and death to heavy and modern to thrash and power to nü and hardcore—into their story-like songs. Overtime (and across many refinement sessions), The Offering has developed their all-in dynamic into a signature sound. Set a flight by Alex Richichi’s multi-faceted five-diamond vocals, broadened by Nishad George’s well-schooled and creative guitar gambols, Spencer Metela’s titillating rumblings, and anchored by Steve Finn’s prodigious percussive work, The Offering’s ascent into heavy metal’s upper stratosphere has been swift. The group’s self-titled debut EP (released in 2017’s to rapturous feedback) not only proved the heavy metal bar had been raised by The Offering’s enterprising genre whisk but also that reinvention of traditional tenets was distinctly possible given a fresh, broad-minded perspective.

The Offering is a metal project that attempts to use the violently beautiful timbres of extreme music to artfully present feelings of anxiety, frustration, and helplessness through relatable song structures, hooks, and honest lyrical content.

The Offering was given the rare and dream fulfilling opportunity to release their first debut album with industry titan Century Media. It was rare for a large record label to sign a band with a minimal following and only one previous five-song EP. On August 2nd, We released our album “Home” while on a festival tour in Europe finishing with the legendary Wacken Open Air. The writing is primarily done by Nishad (guitarist) and Alex (vocalist) with arranging help by Steve (drummer). Besides recording drums in-studio, the majority of the writing and recording is done separately. We find members of this band share the virtues of self-loathing and self-criticism, and we record and write best in our own very intense individual and artistic environments. That being said, because of our unique dynamic, we place a heavy focus on our statement. We come together at the beginning of the writing and recording process and evaluate the intention of the project ahead of us. What kind of musicians we want to be individual, how that will fit into the sound, what are the lyrical themes, how many songs, etc…  After this “Artist Statement” is made, we begin creating.

The lyrical content, like a reflection of ourselves, will evolve and change with age. For our debut album, the goal was to create an honest and poetical statement as a middle finger to the established metal community which is now filled with overdone and overused symbolism. We felt being truthful and transparent goes against the grain of the metal community. So we focused on introspection and self-evaluation, witty and tongue-twisting rhythmic schemes, esoterically placing Easter eggs, and attempting to touch the emotional core of the forgotten misfits.

What inspires our music? This is one of the age-old questions that elude artists. I’ve spent countless hours pondering the origin of inspiration and creativity as well as researched answers other artists have given. I’ve concluded most artists are full of shit and are playing a part to fit into their niche market. The only honest answer is we don’t know. Some kind of instinctual resonance vibrates inside until our anxiety hits a vibrating anxious crescendo. We do it because we have to, because, without it, life seems too hard, too random, too unfair, and the only way to rid ourselves of past chapters of trauma and feeling of worthlessness is to create something worth working for.

Movies, religion, politics, myths… These things are the external fog that surrounds us daily. Like most, I wouldn’t say “fixation”.  But like you said, this is the “external fog”. These things influence us willingly or not and subconsciously ooze into our platform. We do not focus on one theme, for we find themes gimmicky and exploitive; but inspiration comes from anywhere with emotional origins. These things together express different forms of the human condition, and I like to think we strive to look past these labels and look at the illness of being human. The “fog” is just a side effect of living.