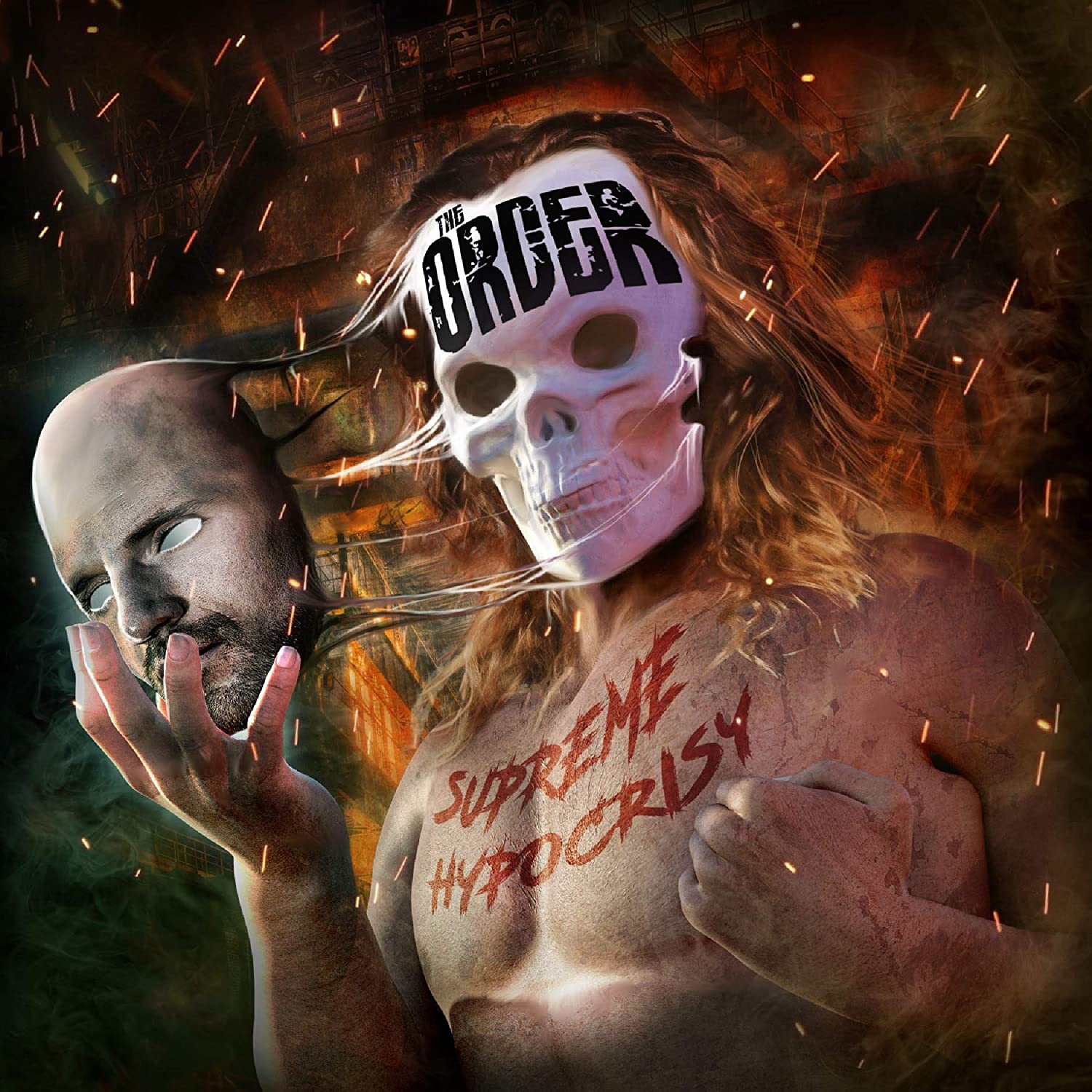 The name The Order comes from Bruno Spring, our guitarist, and it was a song he wrote for the band Gurd, his previous group before he started with the band The Order. It is about the order in a political direction—a new way of thinking a new movement. For us, the name has enormous power. Our new album ‘Supreme Hypocrisy’ is about a political point of view and today a lot of lies are being told, and politics is practically only corrupt. We had many political Lyrics on the first The order album. The next ones were more glam rock style; we talked about women and the beautiful life. Now we wanted to go back to more serious topics.

Some kind of music style you can not write about politics or world problems, let’s take an example, I think of Hard Rock music such as Motley Crüe or Blues Rock such as Rolling Stones I don’t believe their lyrics could go in a political direction. Music needs to be darker, harder, more powerful if you want to talk about politic. This is my philosophy, and that’s why we went for heavy metal this time.

On this album political and not fantasy although I often write about things I have experienced in my life. But here I’m talking more about visions or what I imagine we could be done better and of course how I see the state of things in this world at the moment. I am not at all optimistic about things, also because I don’t see any progress to make things get better and some who could do something are real idiots. The gap between poverty and wealth is getting bigger, and sooner or later, there will be more wars. I look sceptically into the future.

I don’t know what you mean with dark arts; you mean why this black mood or style? I guess it’s something you have in your soul a dark soul. Everyone has a dark side, but it doesn’t mean it’s a bad thing, I think it’s more a way of living.

Our artwork reflects what we wanted to say or what’s the message on this album. I think it came out perfectly. We find out about the artist because of our record company, and he did two other artwork of The Order, we are pleased with his work, he’s very authentic. His name is Yan Yrlund.