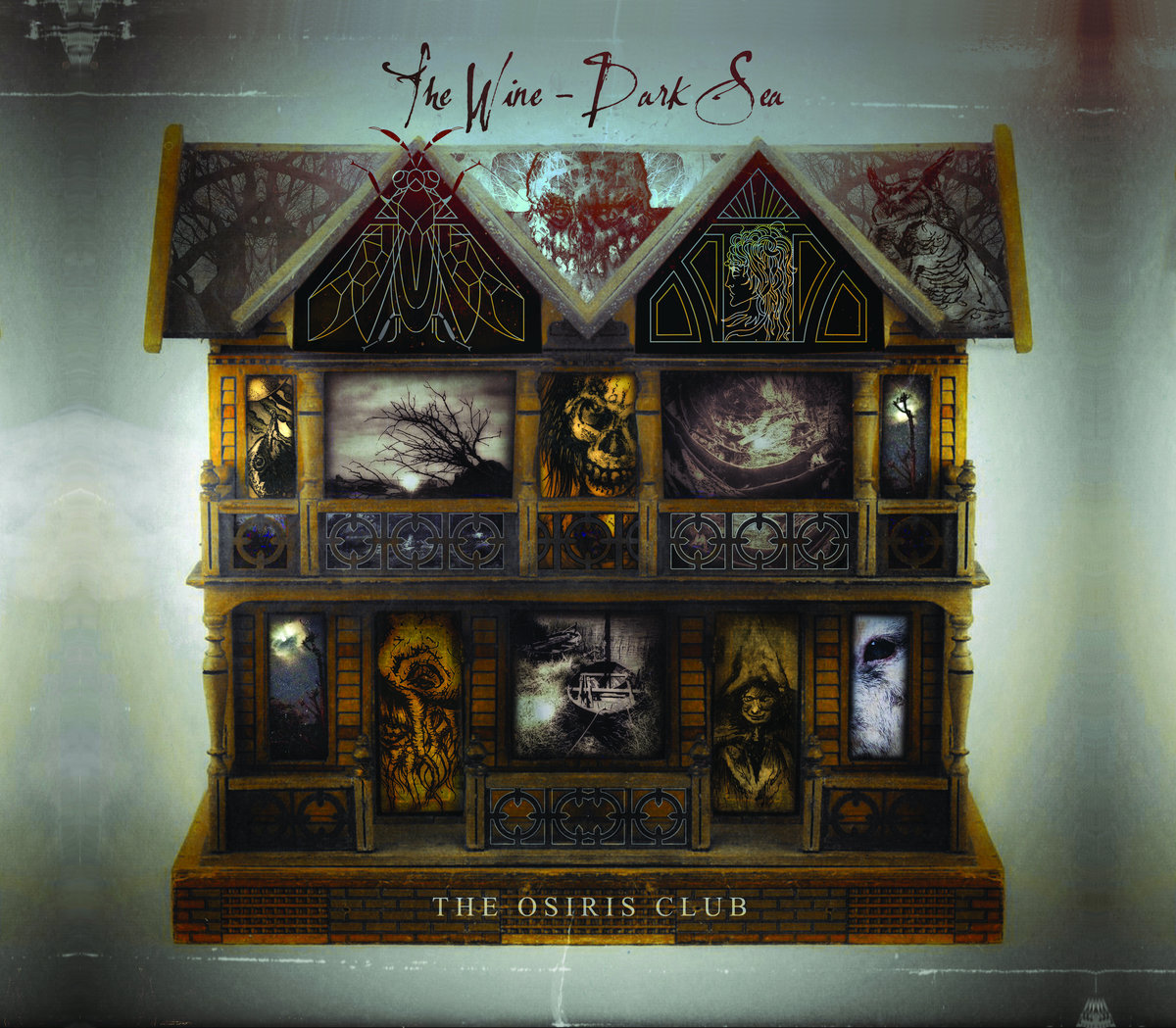 This album was a four-year gestation until release, after we played Roadbum in 2015 some members left due to commitments outside the band, so we were reduced to a core four-piece for some time. The new LP is based on in part some of the short stories of Robert Aickman (tracks 1-7) tracks 8-9 are based on the Mike Magnolia universe in general and H.P. Lovecraft’s, Dunwich Honor ‘A Winters Night’. We started to demo new ideas as soon as rve finished the ‘Blazing World’Album, in that period we also discovered two writings of the Master of the Strange Tale, Robert Aickman, who in tum provided a great deal of inspiration for the imagery and direction of the next album. This time the writing was different, for the first album, we (Chris Fullard – guitar) would jam and patch riffs together, this time the writing was more isolated, would do the music at home and send the ideas to Sean and Simon, (or vocalists), with a short brief, of the conceptual ideas, hearing the results back was very encouraging, the biggest frustration was not having a full line-up.

The cover idea was a conceptual idea between Julia Hanis and myself, we based the cover (Dolls House) on the Aickman story, The Inner Room’ some of the movie The Fly, (Citadel of the Fly) – The Greek Lady – BoatslSea are from, ‘Wine Dark Sea’, there is also the portal theme again, (Blazing World). These windows into other worlds are almost a visual description of an old portmanteau. Motif with the Dolls House representing the arc story, with all the other characters from the stories inside the rooms/windows. My inspirations have mainly been informed by comic books, Sci-Fi and horror. My heroes are Bemie Watson, Mike Mignola, Brian Bolland, Stephen Bissette and John Totlebem. Great British cartoonists like Ken Reid and Leo Baxendale. The record sleeve art of Gee Vaucher, Roger Dean, Bamly Bubbles – (Painters) Richard Dadd, Gustav Dore, Hieronymus Bosch, The list is endless and I probably forgot to add some favourites. I was never brought up as a religious person, but for some reason, theology and religious beliefs are fascinating to me. I believe in the power of the individual mind in all it’s monstrous glory, the ideas that artists (writers, musicians, painters etc.), create is almost a form of magical thinking. Childhood – seems a magical place, reflection as an adult, the power to believe in anything! ls something you lose as an adult.