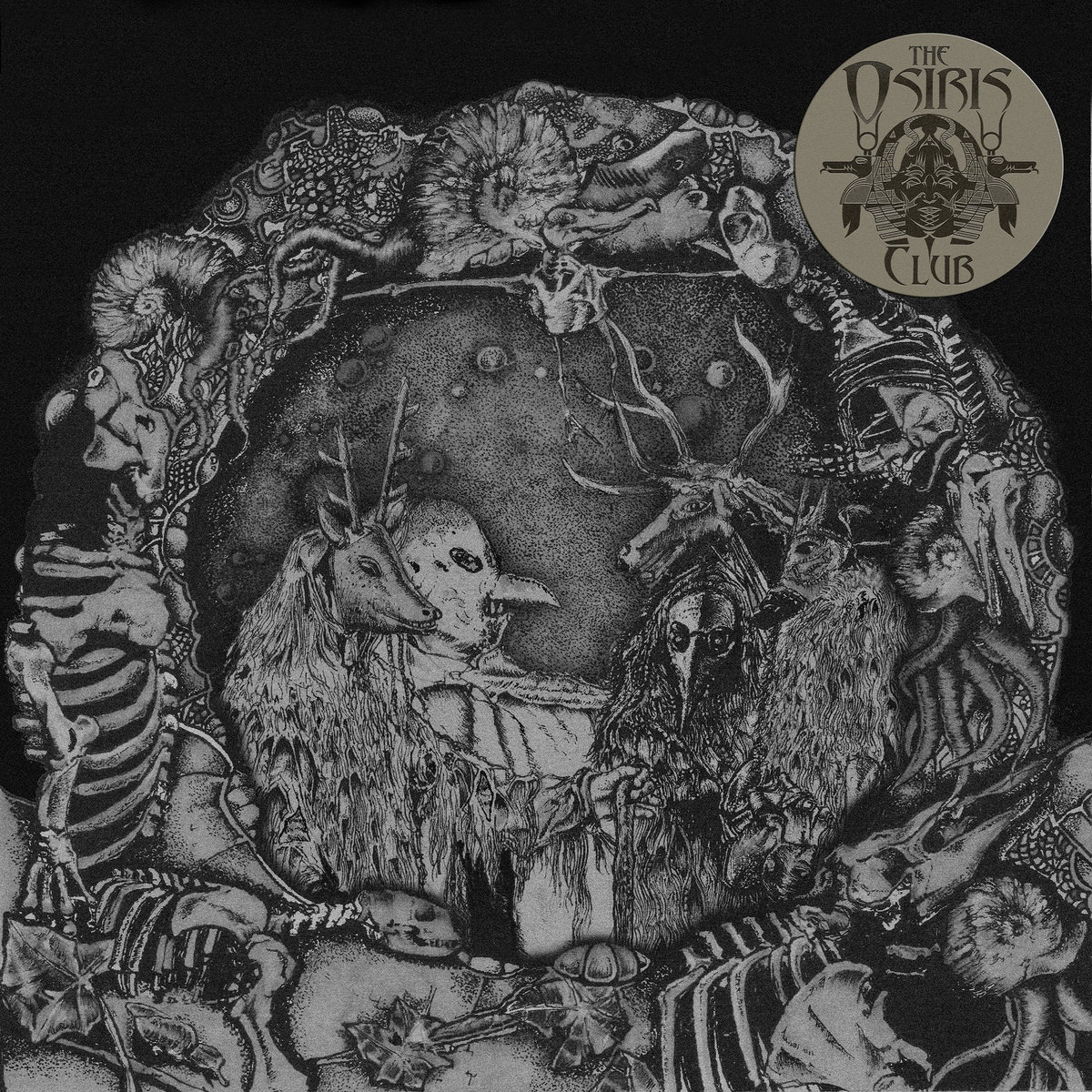 The Osiris Club Sets the World on fire

With their debut fresh on the shelves, this London outfit aims to blaze prog back into the spotlight. Multiple years after the original conception, The Osiris Club have finally arrived on the scene with their debut album Blazing World. Fusing elements from progressive rock and post punk with influences taken from comic books, horror movies, and science fiction, T.O.C.’s 1st effort brings with it a sound & story unlike most of what you will find these days. Here, Heavy Music Artwork had a chance to talk with Andy and Chris about the band, its history, its evolution, and the resulting album.

HMA: First off congratulations on the release of your debut album, I’m sure you’re all very excited to get that out there. Your website states it was 4 years in the making. Was that amount of time taken intentionally or were there unforeseen obstacles that needed be overcome in order to complete Blazing World?

Andy: Hello and thank-you, yes the album evolved over a period of four years, but then as you say there were obstacles that got in the way, such as careers, family, other bands and touring commitments etc. The band started life as myself and Chris Fullard, jamming ideas , the brief was thus, “Let’s do something that sounds like Voivod, Slint, Killing Joke, Goblin and King Crimson. At that time it was only instrumental, I don’t think we even considered having a vocalist or doing gigs, it was just for fun, then it just grew into a full-blown band over that four year period, not bad for a band that started out from a conversation in the pub. The current line-up is: Raff (second guitar), Simon (vocals/synth), Darren (Bass), Chris (guitar/synth) and myself (drums), also we have Matt, who is an additional live member who plays keys. We really are excited about getting out there to play and the more we rehearse it really feels more like a unified band.

HMA: It was recorded it Orgone Studios in London. What was the biggest draw for you guys to use that studio?

Chris: At the time i was the co-owner of this studio and i’m also a sound engineer so it made sense to do all the tracking at Orgone as we got to take our time recording and refine the sounds and the arrangements of the songs that was really important to the final sound of the record .Once the tracking was complete we went to Seattle to mix at Avast studios with Randall Dunn we mixed the whole record on a amazing API console using all outboard gear (no computer plug-ins used) this made a massive difference to the final sound it gave the album a very nice warm feeling .

HMA: What is The Osiris Club’s preference for when it comes time to record; live off the floor or separate pieces done individually?

Chris: Most of the Drums and Guitars are tracked together then we do some layering with the guitars then we do the synths separate to get the correct sounds that work with the tracks although some of the songs are actually built around the Synths ie. The Bells . We don’t have any rules when it comes to recording we just try and do whatever works best for the songs.

HMA: I’ve read that T.O.C. was initially conceived as a strictly instrumental project. What was the contributing factor, or factors, the initiated the change of direction?

Andy: The way we both approach the writing of the music, (I’m speaking for myself here), it would be the classic way, verse/ chorus/middle eight/chorus/end, that’s the way I would approach it, but you don’t have to necessarily approach instrumental music that way, then it seemed pretty obvious when we listened back to our ideas that it would be better with vocals on it. The next step was to get my friend Paul Fyfe involved, we had worked together on our band Winters, Paul helped us out with vocal melodies and lyrics. Personally speaking, I do not think in that way at all, I’m thinking about textures and arrangement with interesting riffs and odd time signatures. Most people seem to judge your band on the vocals and lyrics as the most important thing, but for Chris and myself the musical composition is more important, seeing the vocals as another instrument.

HMA: What would you list as T.O.C.’s primary influences?

Chris: That’s a hard question to answer as we are influenced by so many different things not just from the music world we also take influence from films,graphic novels and books (the albums theme is based on the book The Blazing World by Margaret Cavendish ). I would say Rush, King Crimson, Voivoid, Genesis, John Carpenter and Goblin are also big influences on the record.

HMA: Osiris is the Egyptian god of the afterlife, the underworld, and the dead. Is there any correlation between that myth and your guys’ name or was it derived from elsewhere?

Andy: The name was derived form Mike Mignola’s Hellboy comic, The Osiris Club is an offshoot of the Heliopic Brotherhood of Ra, his books feature a myriad of influences from thirties pulp fiction (Weird Tales) Lovecraft, ancient folklore mythology and the Occult, all the things we like. The album title is a reference to Alan Moore’s L.O.E.G books, comic books are also a big influence on the band.

HMA: What can you tell me about the white bird-like masks you guys wear?

Andy: I assume people are going to say “Ghost”, but I was thinking more along the lines “The Residents”, “Nash the Slash”. I like the sense of a uniform look, a club if you will. We all think the theatrical side is important to the band’s music, and the plague doctor look ties in nicely with the time when the book the Blazing World was written, almost the same time as the great plague.

HMA: Andrew I really like the painting you did for the album cover, it is quite intricate. Have you been drawing/painting your whole life?

Andy: So thanks, yes I still have aspirations to draw a comic/graphic novel one day. Comic art was and still is my biggest influence, unfortunately at school comic art was frowned upon and I was discouraged from pursuing it. Over the last few years I have done some illustrations for album covers. I am really drawn to intricate artwork, I love the classical work of Durer, Dore and Richard Dadd, I also like artists like Nick Blinko, I admire the detail and the obsessive nature they put into their work. 2000AD in the early eighties was also a big inspiration.

HMA: Thanks for your time guys. Lastly, at this moment in time, in no particular order, what are your 3 favourite bands?

Andrew Prestidge: Cardiacs, Kate Bush, The Damned and too many more to mention