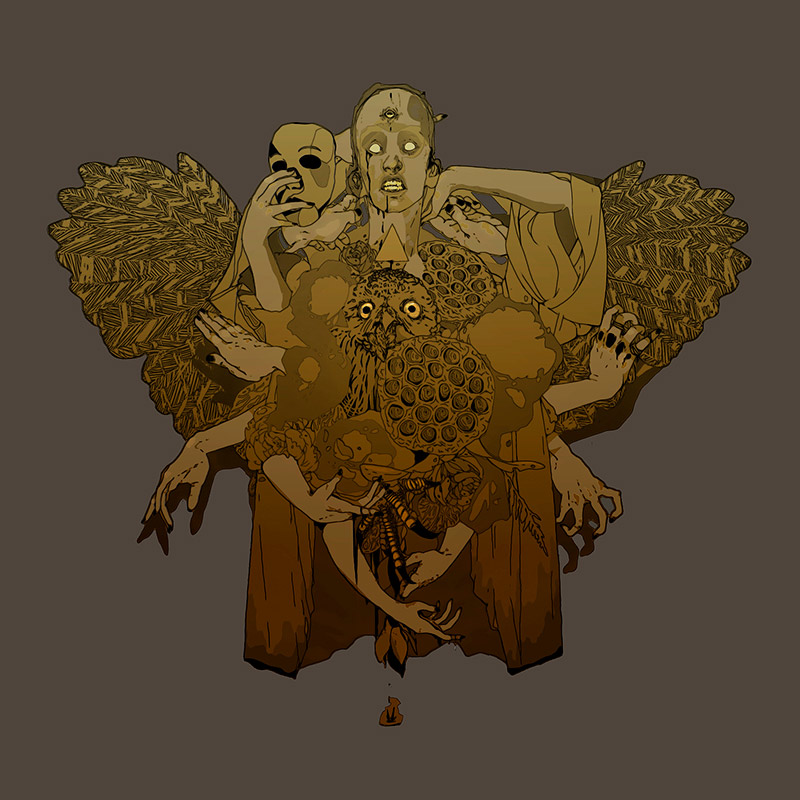 By Scott Endres of MAKE

I usually just tell people it’s ‘blackened industrial’ because I really have no idea how to describe it. But the word ‘industrial’ has such a specific connotation I never feel like that sits quite right either, even though Pigface’s ‘Gub’ is easily a touchstone for The Pod. It’s really just the sound of a man emptying all of his thoughts onto the ground, stomping on them, kicking them and picking them back up and creating stories with them.

And honestly, that’s how the writing process goes as well. I usually start playing or messing around with an instrument with the record button on before I even formulate a single thought. The thinking comes later when I feel like I’ve created enough singular pieces that I’m standing the middle of a mess. And I just dig around until I find something I like, and then try to repeat the process until I have enough things I like that I feel work well together. And then I just play along to, again with the record button on… hoping that whatever I do, I don’t screw up.

‘The Pod’ was initially an analogy of a person who was part of a larger vessel, ejecting alone. Which came from my taking a break from MAKE years ago to focus on music which I had complete control over. The lyrical themes, honestly, were never the important part for me and much of it was improvised and I couldn’t even tell you what the hell I’m saying on any given track. The important part was just making the music at the time and staying sane. The Pod usually comes out during my roughest periods. I keep telling people not to want more from The Pod because of what that means for my personal life.

Literature and film are next in line after music. Samuel Beckett, Franz Kafka, Thomas Pynchon, Luis Buñuel, Andrei Tarkovsky, Ingmar Bergman. I suppose I’m a bit obsessed with mortality and dying. As a self-proclaimed nihilist, I gravitate toward those who find the humour or the sad, poignant poetry within the meaninglessness of life.

There is no concept for the album cover. Whenever I want work done for either MAKE or The Pod I desperately reach out to my elusive friend Katie Ellison and beg her for use of her genius. I almost never give direction, I just wait for her to deliver and then just say something like “Definitely on the right track!” and she finishes it up and voila! She so innately understands the project and me that I even have a previous work she did for The Pod tattooed on my arm. It almost felt like the tattoo was more me than me.

I don’t feel like there’s much overlap between the work I do for this project and any bands I’m in or have been in. Since the project was in large part an exercise for me in learning synthesizers, I’d like to think I’ve gotten better at creating sound templates from scratch. And I’m sure I’ve gotten much better at mixing than my first moments at the helm decades ago. All that said it’s all self-taught so I try not to fool myself into thinking I’ve really learned that much.