The sixth level of the Qliphoth: Thagirion 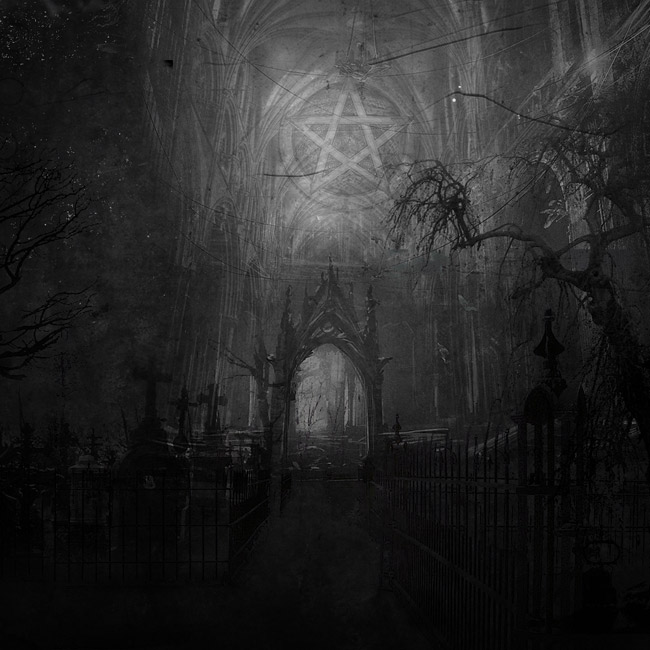 The sixth level of the Qliphoth (or the fifth counting from levels of initiation) is called Thagirion which means dispute or juridical process. This can be interpreted in many ways, the religious juridical process where Satan acts prosecutor or the place for the judgment of God, or where the sentence of God is questioned. Except the many mythological interpretations the name presents the antinomianistisc nature where the laws of the Sephiroth are counteracted. All Qliphoths have pejorativistic names since they are acting antithesis to the present order. The Sephiroth is idealizing unity while its shadow side is disunited. This is also explaining the meaning of ”dispute” in the name Thagirion. Thagirion is the central qlipha on Ilan Hizon-the outer tree, or the tree of knowledge. This qlipha is the shadow side of Tiphereth on the tree of life. Both are spheres of the child or the offspring and Tiphereth is associated with Christ and Messiah characters while Thagirion is associated with the Anti-Christ and the beast 666. The first mentioned characters are preaching salvation through them ( Jesus proclaims in the bible that he is the only way to salvation), something that is questioned by the other characters who are pointing out the possibility for each man to save himself. Both spheres are associated with human characters who are thought to manifest this level on a collective human level.

Bodhisattvas, secret masters or prophets. Since this is the central level some characters are thought to be able to mediate between the worlds above to the worlds below. Persons are often connected to the two different levels according to the present public opinion: For a Muslim Mohammed will be a Tiphereth character (of course ordinary Muslims are not using this terminology), while he for the Christians often have been seen as an Anti-Christ character and then placed in Thagirion. Hitler was in the beginning of his career looked upon as something of a Messiah that would save Germany and was here taking on the role as a Tiphereth character. Later he turned into a character similar to the beast and is one of the most popular candidates for the Anti-Christ title. Nero, Djingis Khan, Bill Clinton and others have been called Antichrists and have been the shadow person for people. Nietzsche, Crowley and Gurdjieff have more been more accurate Thagirion characters, since they preached the possibility for man to save himself together with Thagirion related symbol language. A person can channel Thagirion and be a guide in the teachings of the dark side.

For everyone this level is illumination. This is the sun sphere, the mental plane and here the magician meets his/her higher self or Daemon who on the Sephiroth takes the form of the Holy Guardian Angel. On the Qliphoth it takes the form of the totem animal. The illumination on the Sephiroth is of an intellectual nature and on the Qliphoth it is an illumination of the instincts. The Initiation of light brings an intellectual distance to the here and now and the material while the dark initiation brings total awareness in the here and now-in the flesh and the material. The Tiphereth illumination is usually reached through ascetism while the Thagirion illumination is reached through sex or ecstatic dance.

Through the typhonian alchemy a draconian magician reaches an illumination that includes both sides of the sun sphere. This through the state of consciousness called the chepera-consciousness. In alchemy this represents the level of the yellow diamond. The sun sphere also corresponds with the topaz and gold in the alchemy of the renaissance (Kether- Thaumiel are also represented by gold in a higher red form). A strong feeling of lust is usually experienced when one is reaching the sun sphere. Here one will be united with goals and ideals and be one with the whole of the self. This is the heaven of the religious (or hell for those who rather would go there), the boddhi level or satori in eastern mysticism. For a dark magician the rising to this level brings a feeling of total power, but not in the naive and more illusory form that can be experienced on the spheres below. For a white magician a feeling of total goodness is experienced. Both states are self-sufficient in themselves, but has often been traps for many magicians. This level is only half the way. The sun sphere can in a basic terminology be called a level ” everything of it self”. Beyond is the higher divine levels, the star sphere or the transcendental plane that could be called a level ”more than itself”. This is the goal for a draconian magician.

Tiphereth corresponds with the sun in the form of light, while Thagirion represents the black sun. The black sun represents the sun in its inner form – where it shines inside man and reveals the hidden Qliphotic worlds. The ordinary sun is the outer sun that shines on the ordinary world. The black sun is the god Set in the typhonian alchemy, while the ordinary sun is Sets twin Horus. In old norse mythology Balder corresponds with the ordinary sun and his blind brother Höder or Loke with the black sun. Höder is similar with Odin and also Odin corresponds with the black sun. Thagirion is the sun of the shadow side, which can be interpretated as the sun in the underworld – Balder in Hel, Ra in Amenti etc. The sun is the symbol of the unity of the whole self that can be aware of itself only when it is in the underworld.This is illustrated by Chepera, the principal of existence and the principal of becoming, that carries the sun down in the underworld and is reborn and creates himself there. In another interpretation the black sun / the Thagirion principal is more independent of the self and is more like the principal the shines upon and brings enlightenment to the self on the journey of consciousness into the inner dimensions. In all forms the black sun is the inner or central sun that generates enlightenment and divine power to man. There is descriptions of an outer black sun. One theory describes a world inside the earth; a world that has its own sun – that is called the black sun. These speculations has been associated with the vril – mythos by Sir Bullwer-Lytton where a divine race inside the earth are in control of the divine power called Vril. Another theory describes that in the middle of the universe or in the middle of the our galaxy there is a black sun that shines with a light that we are not capable of seeing and for us it looks like empty darkness. This sun is also a black hole that absorbs all normal light.This black sun can be connected with the highest Qliphotic principal Thaumiel, rather than with Thagirion.

The black sun is generating the power called vril, od or the world kundalini or the dragon power. It can be described as the principal that is manifestating the powers of chaos. In the bible and in other mythological descriptions this principal acts as the beast. In old norse mythology it is the Fenriz wolf, in the goetic Qabalah it is the phallic Belfegor. In the Book of Revelation 13:2 is is written : ”the Dragon gave the beast its throne and authority ”. We can later read that the number of the beast is a human number. This can be understood as the Dragon (chaos) is manifested through Thagirion by a man, or by mankind. The fact that the number of the beast is a human number shows our relation to the wild animals that civilization and religion have tried to repress.

On a more esoteric plane it means that man is not just an animal but also a god since 666 is the number of the sun and therefore the number that makes man divine. © Dragon Rouge http://www.dragonrouge.net