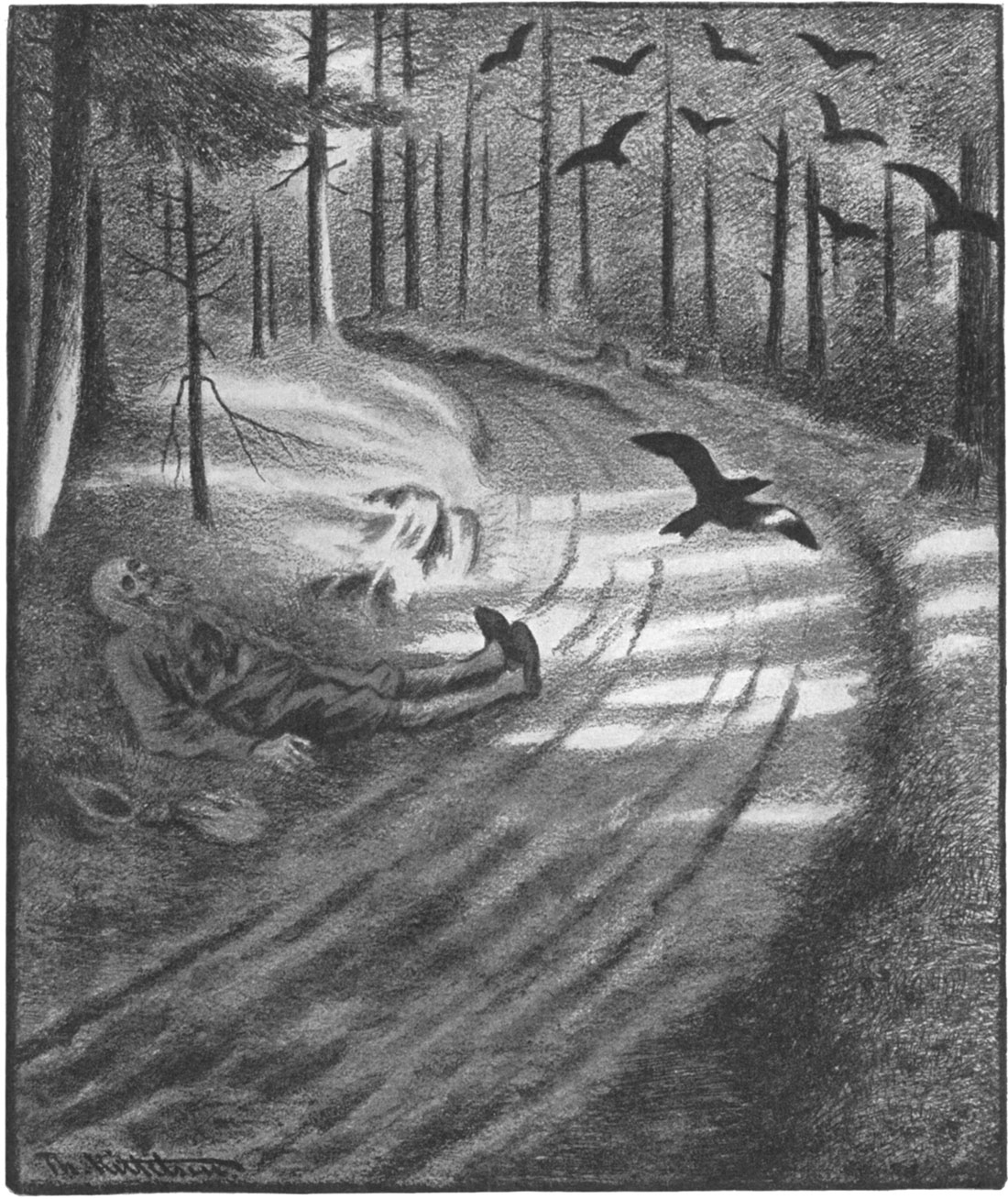 Theodor Severin Kittelsen (April 27, 1857 – January 21, 1914) was a Norwegian artist. He is one of the most popular artists in Norway. Kittelsen became famous for his nature paintings, as well as for his illustrations of fairy tales and legends, especially of trolls. Kittelsen was born in the coastal town of Kragerø in Telemark county, Norway. His father died at an early age, leaving a wife and eight children in straightened circumstances. Theodor was only 11 years old when he was apprenticed to a watchmaker. When at the age of 17 his talent was discovered by Diderich Maria Aall, he became a pupil at Wilhelm von Hanno’s drawing school in Christiania (now Oslo). Because of generous financial support by Aall he later studied in Munich. However, in 1879 Diderich Aall could no longer manage to support him, so Kittelsen had to earn his money as a draftsman for German newspapers and magazines.

In 1882 Kittelsen was granted a state scholarship to study in Paris. In 1887 he returned to Norway for good. When back in Norway, he found nature to be a great inspiration. He spent the next two years in Lofoten where he lived with his sister and brother-in-law at Skomvær Lighthouse. Kittelsen also started to write texts to his drawings here. Theodor Kittelsen and his family settled in a home and artist studio which he called Lauvlia near Prestfoss during 1899. Kittelsen spent his best artistic years here. During this period, Kittelsen was hired to illustrate Norwegian Folktales (Norwegian: Norske Folkeeventyr) by the Norwegian folklore collector Peter Christen Asbjørnsen and Jørgen Moe. In 1908 he was made Knight of the The Royal Norwegian Order of St. Olav. However, he was forced to sell and leave Lauvlia in 1910 as his health began to fail. He was granted an artist’s stipend in 1911 but died a broken man in 1914. Kittelsen’s style could be classified between Neo-Romantic and naive painting. As a national artist he is highly respected and well known in Norway, but doesn’t receive much international attention, which is the reason that his name is often not included in registers of internationally recognized painters and artists.