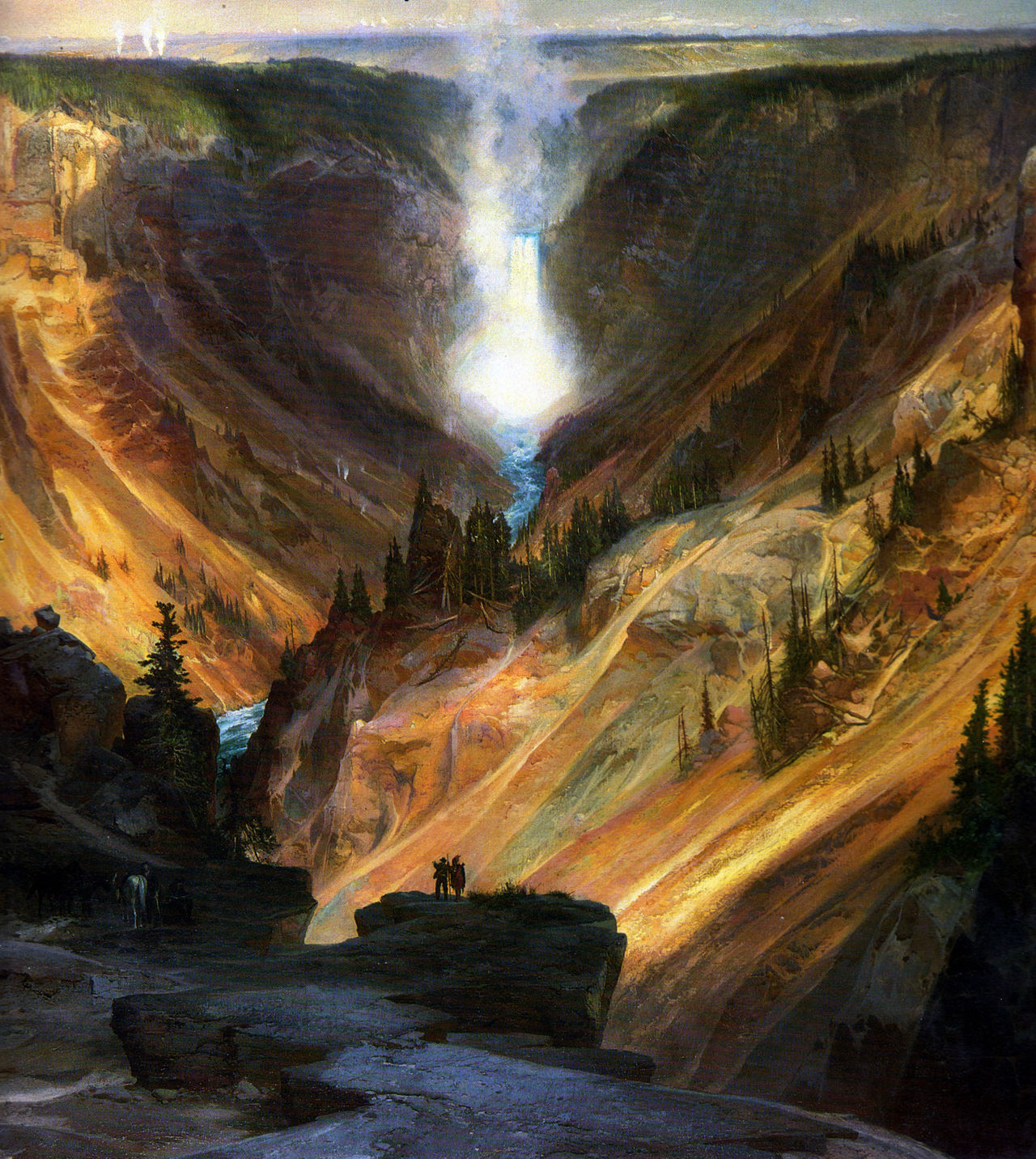 Thomas Moran (b Bolton, Lancs, 12 Feb 1837; d Santa Barbara, CA, 26 Aug 1926). American painter and printmaker of English birth. His brothers Edward (1829-1901), John ( 1831-1902) and Peter (1841-1914) were also active as artists. His family emigrated from England and in 1844 settled in Philadelphia where Moran began his career as an illustrator. He was guided by his brother Edward, an associate of the marine painter James Hamilton, whose successful career afforded an example for Moran. Between the ages of 16 and 19 Moran was apprenticed to the Philadelphia wood-engraving firm Scattergood & Telfer; he then began to paint more seriously in watercolour and expanded his work as an illustrator. In the 1860s he produced lithographs of the landscapes around the Great Lakes. While in London in 1862 (the first of many trips to England), he was introduced to the work of J. M. W. Turner, which remained a vital influence on him throughout his career.

Moran owned a set of the Liber studiorum and was particularly impressed by Turner’s colour and sublime conception of landscape. With his wife, Mary Nimmo Moran (1842-99), an etcher and landscape painter, he participated in the Etching Revival, scraping fresh and romantic landscapes and reproductive etchings (e.g. Conway Castle, after J. M. W. Turner, 1879). During the 1870s and 1880s his designs for wood-engraved illustrations appeared in most of the major magazines and in gift books, which brought him money and recognition.