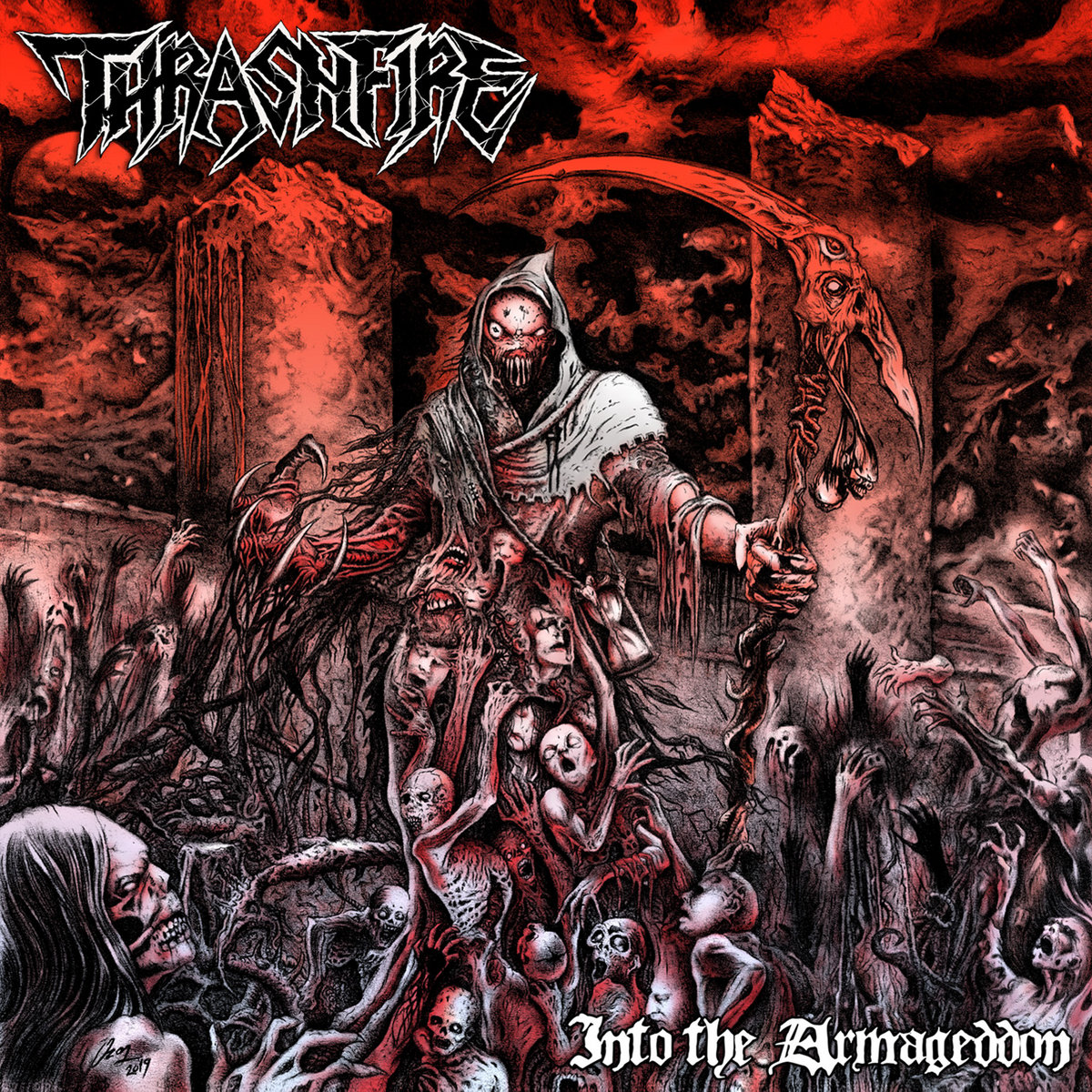 Into the Armageddon By Okan Özden

Thrashfire emerged in 2006, releasing their first demo in 2007, a promo EP in 2010 and their debut album ‘Thrash Burned the Hell’ in 2011. In 2015, the band signed to Xtreem Music and released a new EP entitled ‘Vengeance of Fire’. Thrashfire have played with bands such as Destruction, Artillery, Rumble Militia, Venom Inc, as well as numerous shows within Turkey and a mini-tour in Germany in 2017, where they will return in November 2019 to play at the True Thrash Fest Hamburg.

The inspiration of this album, as the name suggests, is mentioned in the holy books; It is the famous ’Battle of Armageddon’, believed to bring the end of the world. Except that; witchcraft, evil souls, infidelity, god-questioning, femdom/fetish, war and more.

Lyrics are inspired by watching TV series, reading a book, hearing a story or just living your life. When we want to make an album, we take note of all those things and if we want to use it for the next stuff, we arrange it for the track that we think is suitable for this theme. As we mentioned above, there is a general theme but different stories connected to each other by the dark chain rather than the event cycle!

Artwork designer, Ozan Yildirim is also the producer of this album. We advised him to check the lyrics and asked him to prepare a themed artwork that would suit the content of each piece. On Artwork, you can see the sky with ‘Crimson Darkness’, the earth turned into hell after ‘Armageddon’, a ‘Dyybuk’ that seized the souls of people and dragged them to death, a Grim Reaper who swept all living human beings to ‘Hellgoats’ with the sickle in their hands, each structure in the back are ‘Katakomb’

We are a band that watches many movies and reads books. Due to the geography we live in, it is difficult for a thrash metal band like us to stay away from politics. If you take a look at our debut album ‘Thrash Burned the Hell’, you can see that we deal with conjunctural issues from military coups to dictators innocent civilians who died in wars to the torture of political criminals in prisons.