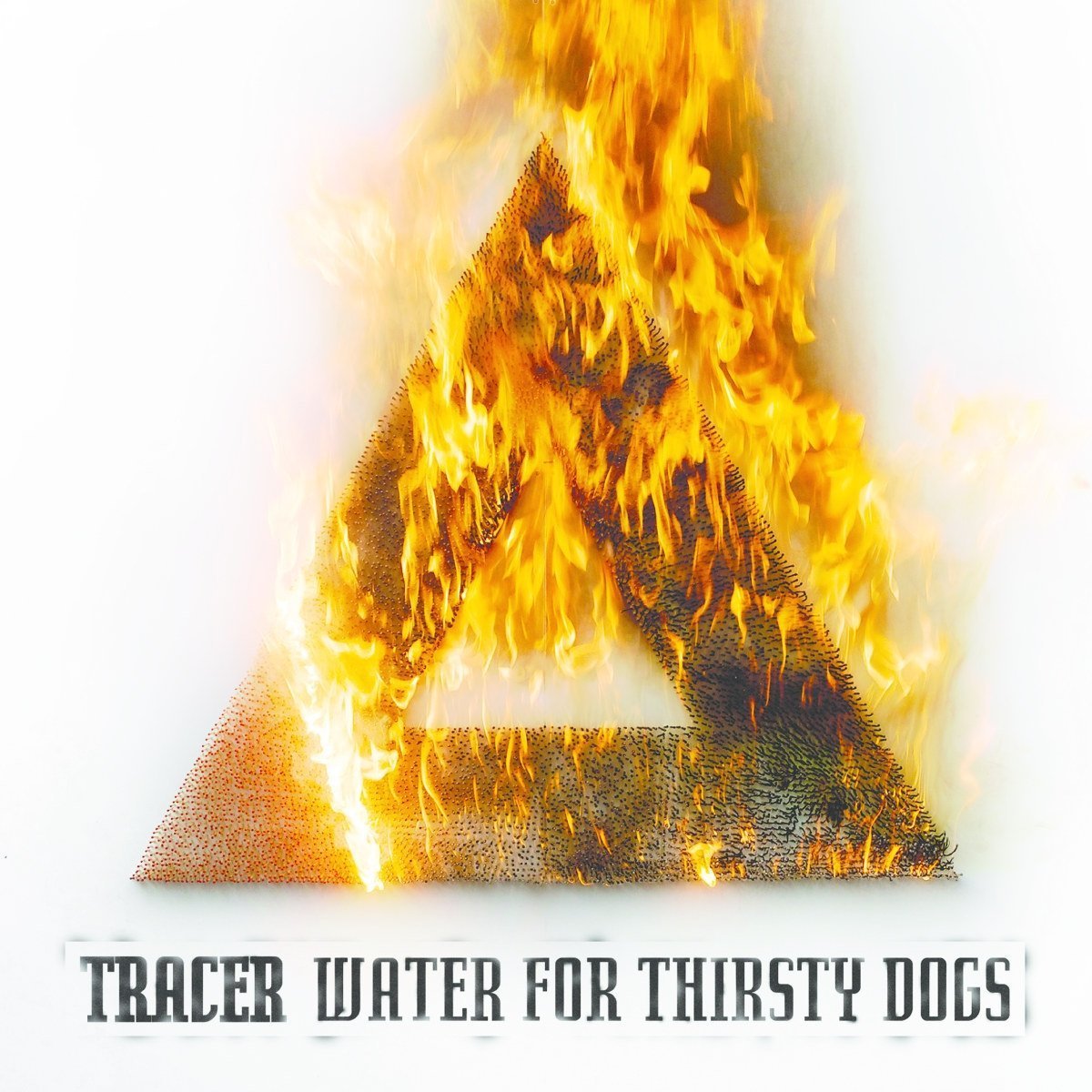 Tracer, formed in Adelaide South Australia, has just released new album Water For Thirsty Dogs. ‘Water…’ is the third Tracer album and the first to feature new bassist Jett Heysen-Hicks alongside frontman/guitarist Michael Brown and drummer Dre Wise. The album was recorded at Echo Bar Studios in North Hollywood, LA and produced by the band themselves in collaboration with master engineer and mixing maestro Erik Reichers. They have released two previous albums – 2011’s debut ‘Spaces In Between’ and 2013’s ‘El Pistolero’ (Produced in collaboration with esteemed producer Kevin Shirley (Iron Maiden/Led Zeppelin/Silverchair/Joe Bonamassa) and have been compared to QOTSA, Soundgarden and Led Zeppelin in sound.

HMA: Welcome Tracer to Heavy Music Artwork. What is ‘Water For Thirsty Dogs”?

Tracer – Mike Brown: Water For Thirsty Dogs is the answer to what heavy rock fans have been wanting. It’s a new bolder direction for rock from Tracer and it’s our proudest and most together record we have ever made.

Tracer: We locked ourselves away in a cabin in the Adelaide Hills and jammed together for a week. It was pure and uninhibited. We just played whatever came out and we did it for hours on end. Until our fingers hurt! We recorded all of it and listened through, mining the gold and set about turning the great parts into songs. Around this point we made the conscious decision to try new things and push the boundaries. At first we were completely scared about going out of our comfort zone and exploring new sonic spaces and ideas, but once the ideas started it almost became a challenge of who could freak the others out more. Some ideas didn’t work but some opened up our minds and really got the creative juices flowing. We argued more than we ever had, and had strong discussions, but it was only by having these discussions and getting frustrated that the songs bloomed into what they are now. We toiled away on a few songs, where we knew there was a song in the ideas that we had but we just couldn’t find a way of putting the parts together to show it off. Having the time to try all the different combinations and finding the perfect way to present a song is what has made this record as good as it is.

HMA: Any songs that stick out the perfectly represent Tracer to new listeners and fans alike?

Tracer: That’s up to the listeners. The great thing about music is that it connects differently with everyone. That’s partly why I like to write songs that aren’t obvious in their meaning. I want people to think for themselves and find their own emotional connection to the song. Once they listen to the song it’s theirs to do as they please with it. Use it as a hype up song to go out, use it as a relaxing song to end the day with, use it as something that reminds you of a place and time. The music on the album is also varied so saying one song sums up Tracer doesn’t really work…that’s why there’s 10 songs on the album! The 10 songs sum up Tracer.

HMA: Do you feel the artwork is a good representation of your music?

Tracer: I think it is not obvious. It is intriguing. Sure we could make it black and ‘hard’ and put skulls on their and motorbikes and desert. But fuck that. We don’t like to think of our music as obvious so why would our artwork be the same. Again, I want people to think. Why is their a triangle on there, what does it mean? Use your brains, ask questions, I don’t want this band to be a “what you see is what you get” affair. I want people to be engaged.

HMA: Who made the cover and what directions were giving to the artist/designer?

Tracer: I did the cover. I made the artwork too. It was a long tedious task but it was worth it for the great result. It’s made up of over 8,000 matches and then set on fire. I really wanted to get across the fact the thousands of tiny elements can make up unified, solid idea. One person can’t change the world, but thousands with a unified idea, can! The triangle represents Tracer. We are a three piece band and we made sure on this album that guitars, bass and drums were the only things used to create the sounds. The thousands of matches represent the fans (or perhaps the thirsty dogs) and setting it on fire…well that just looks fucking cool!

HMA: The cover album for ‘Spaces in Between’ is interesting, could you tell us more about the music and of course that album cover?

Tracer: The cover is a sand sculpture from a guy called Carl Jara. I remember seeing it somewhere online and fell in love with the image. When we wrote the song Spaces In Between we thought that the image matched perfectly with it. Again, it asks a question. It’s not obvious and that’s why it was used.

Tracer: I’m very influences by Fight Club. Most of what I do is in some way inspired by Tyler Durden! Another book that I read that has helped my way of thinking is Fountainhead by Ayn Rand. As far as music goes, we are influenced by everything! Our catalogue of songs is extensive and varied and we all challenge each other with new bands every day. It all goes into the mixing pot and I think sub-consciously we all pick musical tags from bands we like and throw them into our own music.

Tracer will return to the UK for more dates in early 2016 and the album Water For Thirsty Dogs is out now, Odyssey Music. You can find them at www.tracer-band.com | twitter @Tracerband | www.facebook.com/tracer