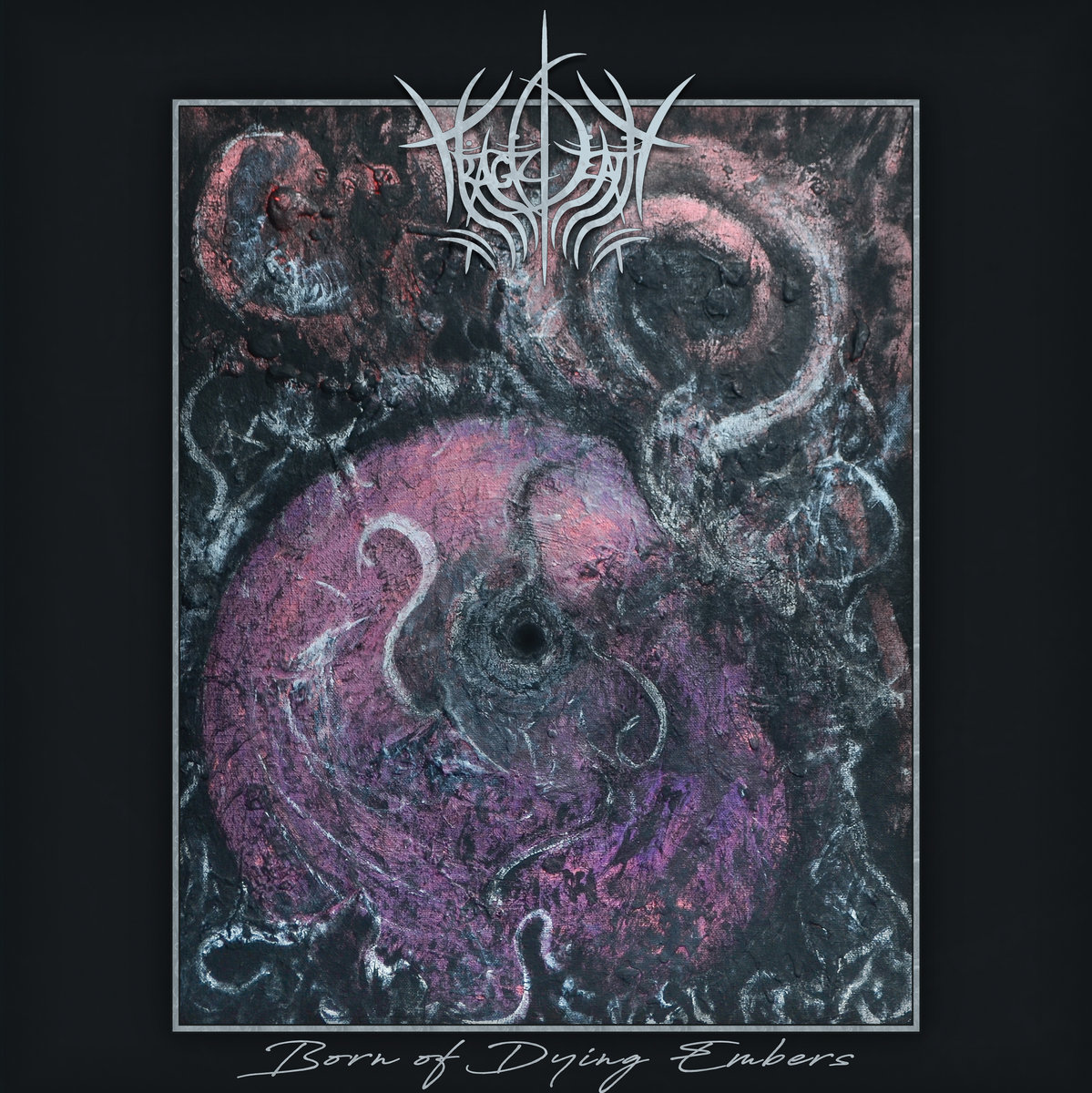 Tragic Death has always been a band that embraces the apocalypse or destruction of mankind. When we first started in 2009 we wanted a name that could bring together all the different musical inspirations and strike our fans with the emotion we were going for. Especially as we see now in 2020, mankind itself is a living tragedy. The altruism in humanity is dead and we are inadvertently awaiting the end. All death is tragic but nothing is more tragic than the decline of humanity.

We have seen that in Black Metal music nowadays the flames that were once carried by Black Metal originators are dying to a fading ember. The occult aspect, the exclusivity, and the foreboding emotion that you are listening to a forbidden art is dwindling and becoming strikingly rare. It’s being replaced by cartoon aesthetics, major key arrangements, and constantly being confused as a trendy genre for politically charged individuals to carry out their agendas. Unfortunately Black Metal is becoming weaker and we aim to be practitioners of the true blackened flames that were originally ignited in the 90’s. Born of Dying Embers aims to follow this tradition and bring back the true spirit of Black Metal while retaining our original approach to these traditions that have always been a characteristic of this band.

Tragic Death has drastically evolved over the years. We originally started as a blackened version of Gothenburg influences but evolved later to include other influences. We have always been highly influenced by bands like Dissection but our style has evolved to include darker aspects that affect the physiology and psyche of the listener. We dived into methods and sounds that induce dread and anxiety. We want the audience to truly feel like they are involved in a cataclysmic event just through the influence of our music. Stylistically, we follow the inspiration of the early black metal bands but we try to incorporate that feeling of dread with additional influences from Doom Metal, Death Metal, and Thrash Metal.

It may sound very cliche as a similar answer can be heard across the Black Metal spectrum but we feel that Black Metal was created for strong, independent minds, or in other words, for Wolves. If you look at Metal with the Wolf/Sheep mentality it’s very evident that Black Metal isn’t for everyone. There are some exceptions but, as a whole, true Black Metal bands create music with the aim to highlight the ugliness of mankind. We don’t try to fit in, we don’t try to acquire followers. We feel that if you enjoy our music you are part of the same pack. We are part of your pack. Many Black Metal bands even refuse to play live. It isn’t the goal of Black Metal to fit in, and we feel that the goal of all other genres of Metal, including Death Metal, is to party with their friends and fans and fit in. The philosophy behind the genre is equally as important to us as the music.

All of our lyrics focus on Apocalyptic writings from throughout history and all world cultures. Every culture has a story of creation and a story for the end of creation. With so much lyrical inspiration to draw from throughout the world, this will likely be our focus for quite some time. As a band, we refuse to focus on politics. Politics are more fitting for other genres of music as this is only a way to draw false power from the values and beliefs of the masses and we don’t buy into this type of herd mentality.

Dark arts could be perceived in many ways but some members of Tragic Death are practitioners of the Dark Arts, meaning the occult. Our beliefs are all different but we definitely hold a Chaos Gnostic approach to existence. It isn’t a huge part of our presence but just another underlying mystery about this band. Some of us draw inspiration from the Temple of the Black Light as well as other esoteric branches of the left-hand path and some of our members have musical projects that focus on these “Dark Arts” but unfortunately Tragic Death won’t go into specifics as this isn’t the focus of our music.

For the ‘Born of Dying Embers’ release, we wanted our audience to traverse to another realm. We wanted them to feel as if they were having a near-death experience and pulled from the depths of an actual hell back into mortal existence reborn as a new spirit, a hardened spirit. The artwork was created by J. Nihil of Nightside Reflections and was not a commissioned piece but something he had just got done creating. We felt it was the perfect visual interpretation of the music and vision we were aiming for. The artwork is an almost “Lovecraftian” representation of this type of near-death experience with the portal/gateway to Hell as the focal point, at least this is our interpretation of the piece. It was perfect timing that we discovered J. Nihil at the time of the release and as we don’t believe in coincidence, we knew that this was the most fitting.