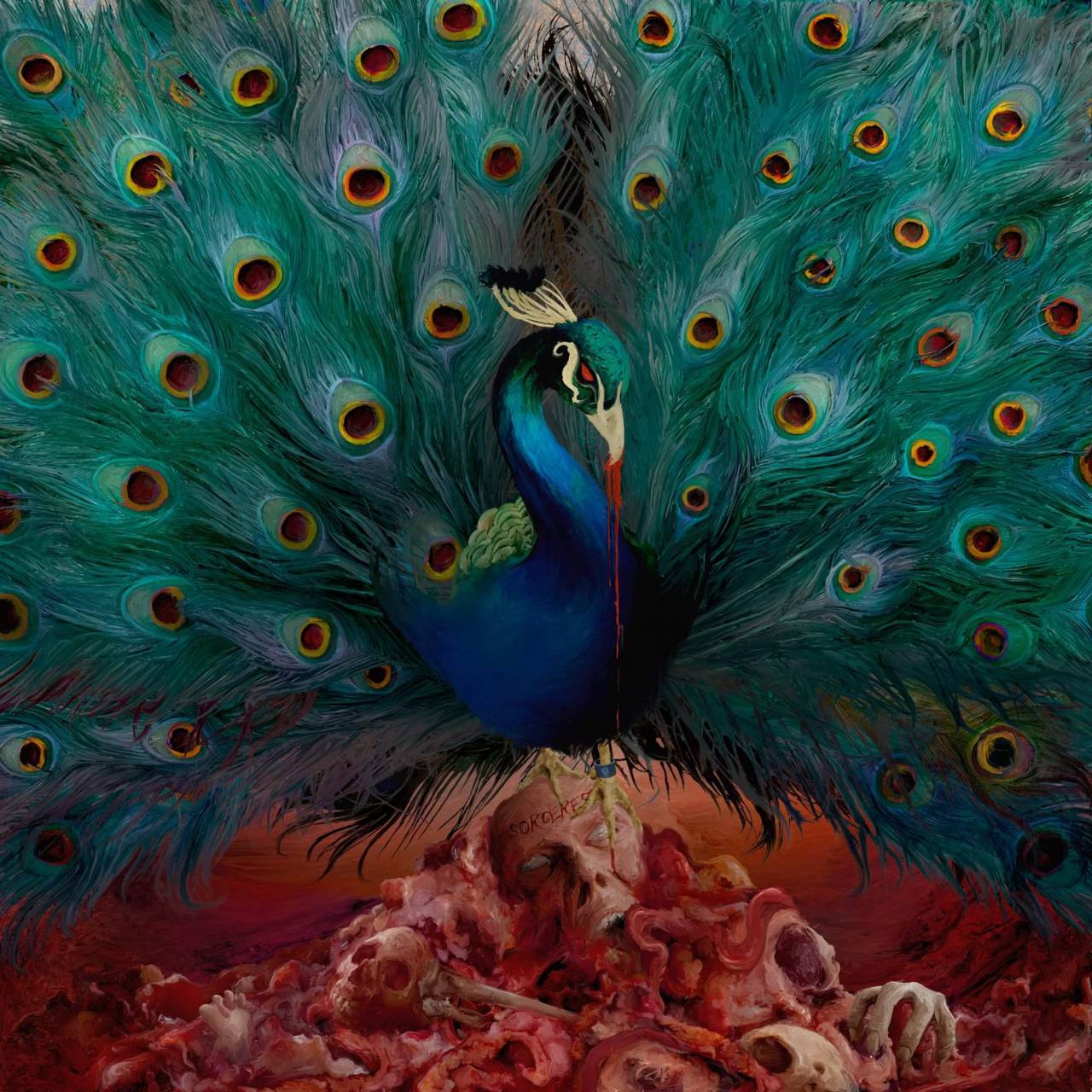 Travis Smith is an American graphic artist best known for designing heavy metal album art. He has been called “renowned” by Alternative Press and “unquestionably one of the most talented graphic artists in metal today” by Chronicles of Chaos. Smith has done work for many established rock and metal bands, including Death, Devin Townsend, Katatonia, Nevermore, Opeth, Anathema, CKY, Soilwork, King Diamond, Novembre, Avenged Sevenfold, and Strapping Young Lad. Travis Smith was born on February 26, 1970 just outside of San Diego, California. Growing up, Smith had no formal art education aside from a semester in high school. He got his start designing album covers for his friend’s band, progressive metal group Psychotic Waltz. The connections he made through the band allowed him to begin a full-time career in art. As of 2005, Smith has worked with nearly 100 bands. He currently resides in San Diego.

Smith’s work base primarily consists of album art for metal bands. Smith is known for a “dark and introspective” style that is largely photography-based, digitally composed with various other media. For example, in creating his art for Avenged Sevenfold’s Nightmare (2010), Smith “did a few actual painted textures with acrylics and watercolor, scanned them, and blended them with the whole picture. For some specific parts, like the skull and the girl,” Smith “would digitally paint over photos and blend them into their originals.”

HMA: I have wanted to start with the usual question… what is your background and how did you get started as a specialist in Heavy Metal Art?

Travis Smith: I began working with some friends of mine in Psychotic Waltz (as well as a few other local bands), doing primarily flyers and T-shirts, and that led to doing the artwork for their 4th CD, Bleeding, which was my first official album cover.

HMA: Your skill sets range from photography, photo manipulation, digital art, digital illustration, typography, painting, etc. What areas to enjoy the most? Can we also have a full list of all your techniques? Yes just to show off… quiet a legitimate…

Travis Smith: I can’t really say that I have a preference on any one of those things over another. I guess my favorite part of the process would be seeing the pieces fall into place and the idea actually coming together to a result that’s like (or better than) the way you’ve conceptualized it, regardless of the techniques used.

HMA: From an emotional point of view, there is often that sense of solitude and romantic melancholy in your work. Inspired by the music? Or there is a bit of Travis that is left behind in each piece?

Travis Smith: I don’t know; it really depends on each one. Some are not personal at all, but there are a few where a little personal influence has leaked into it, either in the creation of the whole thing or just a bit somewhere, but the music is always the first consideration with it, whether it’s the primary inspiration for the art or in determining if the idea is appropriate.

HMA: Looking at your repertoire of work, is very hard to pick a favorite or one that best defines your stylistic approach. Opeth “Heritage” comes to mind somehow… how did the project and ideas developed?

Travis Smith: “Heritage” is definitely a different thing for me as far as how my usual style might be defined. When I came together with Mike to talk about that artwork, he said that this one needed to be something very different that time around, both for the band and us. We discussed a lot of covers from the 70’s and earlier as far as influence in regards to colors or style, or just examples of they way they represented their respective albums. Mike presented the idea that became represented on the cover and I tried a few different ways of approaching it until we had something that felt right.

HMA: Opeth is one of your long collaboration as well as Katatonia… you must have a close relationship with the artists. How does this help in conceiving art for the music?

Travis Smith: It helps in that way quite a bit. There are a handful of people (as you said, Katatonia and Opeth, as well as Devin Townsend and Overkill to name a few) that I’ve worked with pretty steady going over 10 years now. You get a feel for how people like to work, and develop an understanding for each other and know how they communicate – what they like to see and how they like to see it, what they want when they are telling you what they’re thinking, and all that. One person might just need 2 sentences in an email to know what you’re thinking. Someone else might rather see an actual draft for themselves before going forward. You know how everyone likes to work, and ultimately you know if something will make them happy or not and act accordingly.

HMA: Is Heavy Metal art your sole interest in the creative outlet? Have you done work for other industries?

Travis Smith: I have done some comic book work, mainly cover art and coloring for books such as Violent Messiahs, John Carpenter’s Snake Plissken Chronicles, and Blade the Tormentor. I’ve done a couple of film posters as well, but those are few and far between in comparison to the album design work.

HMA: Last year you were involved in “Obey your Master – Art tribute to Metallica”. Can you tell us a little about it?

Travis Smith: It was really a great experience. I was told about the show and invited to participate, along with around 30 or so other artists, I believe it was, that were also selected. We were given our choice of one song each to represent visually. I chose The Outlaw Torn as it clicked with me visually better than the others. There was an opening where the artist and the band got together to look and talk about the artwork, and it got a really good response. I met a few people and saw a few old friends. I didn’t get to talk to a lot of people or for as long as I would have liked, but I’m very glad to have been a part of it.

HMA: From your prospective, what was the outcome? Are we likely to see more of these events, perhaps in other countries too?

Travis Smith: I don’t know. I would consider any invitations, of course. It is a nice way to put yourself out there and connect with everybody, but I prefer to be in my own space behind the scenes just creating the visuals, and that’s keeping me occupied for the time being, so It’s not something I’m actively pursuing right now.

HMA: With the downfall of the music industry, due mainly to the fact that people now use the soulless MP3 as a form of media. There is no tangible cover, double gatefold, limited edition slipcases, box sets, etc. Would you say that Heavy Metal art is safe from this madness?

Travis Smith: I don’t know. I’m not sure any genre is safe if the listener doesn’t care or is lazy about it. I know people (and I am one) who appreciates all of those things that come with the album to expand the experience and some have vast collections of albums and vinyl, etc. I know others who just download stuff (legally or not) as it suits them and i guess in those cases they prefer the convenience, but I can’t relate to doing it that way.

HMA: In this contest, there is a certain positive attitude from the musicians to the fans alike. It’s impossible to listen to the music without the cover… right?

Travis Smith: Well for me there would definitely be something missing. I think the cover is integral to many albums. It serves to pique interest, tell a story (and give a visual reference while you listen to it), and can give the album its very identity.

HMA: You seem to be very much in demand… what’s your schedule like?

Travis Smith: It has its ups and downs. It can go from things being a bit slow to things piling up on each other. Thankfully things are pretty steady right now and I’ve been keeping busy for a while.

HMA: Thanks so much Travis for joining me and in your interest in Heavy Music Artwork!!!