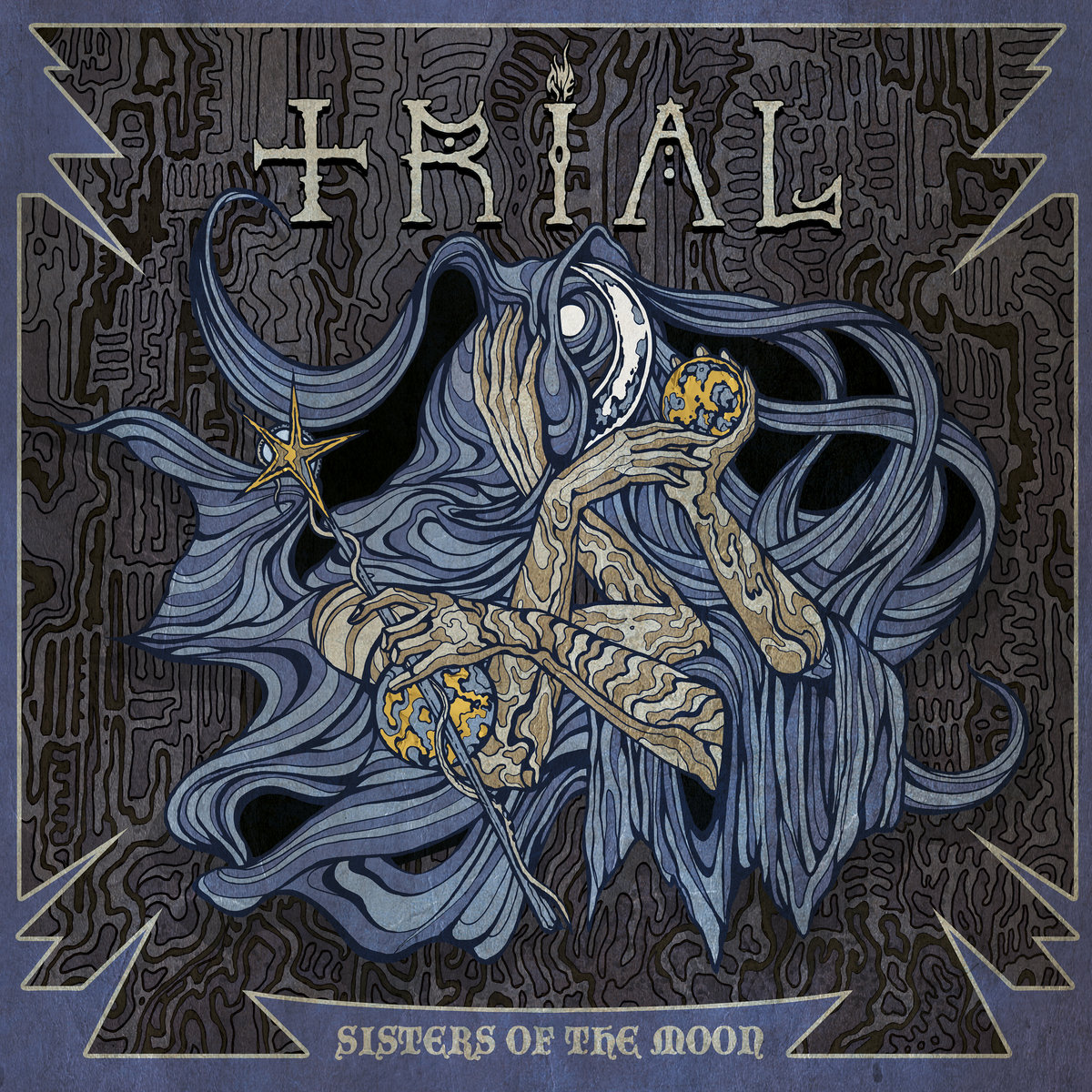 Sisters of the Moon with Alex

‘Sisters of the Moon’ It’s a two-song EP with covers of Fleetwood Mac’s ‘Sisters of the Moon’ and Black Sabbath’s ‘Die Young’ recorded at our studio. The idea came to us when Arthur joined the band, and we wanted to show everyone what he could do. ‘Sisters’ needed a different arrangement more suitable for Trial, so I prepared to groundwork. Together we worked on it at rehearsals to shape it further. It was the same process regarding ‘Die Young’, but I didn’t have to change the arrangement. While recording the EP, we were trying out plenty of stuff as the process went on, and some of that ended up on the record.

For this EP, it was pretty simple. We’ve worked with Costin Chioreanu at Twilight13Media before, and after listening to our songs, he created this artwork based on ‘Sisters’. It’s straightforward. All of our lyrics stem from personal experiences. Whatever the topic, the emotions are cloaked with the darkness surrounding ourselves. It’s up to us to give lyrics meaning. Most of the time, they are best left unexplained.

Usually, the album shapes itself throughout months of rehearsing and writing songs. Some songs we find not good enough or fitting to the album’s atmosphere as time passes. We spend much time figuring out how we want the music to tell a story throughout the album. Our goal is to make a good album as a whole and not only 8-10 individual songs that can stand on their own. I have many fixations. Mostly religious. It shines through the lyrics and will continue to do so. There is always some self-destructiveness to that process.

I got into metal at a young age, and I have my bandmate Andreas Johnsson to thank for it. Borrowing his Maiden ‘Rock In Rio DVD’ made the difference. It’s always been a major part of my life. Something to escape into, to enhance your feelings. It’s deeply spiritual when it touches you. Unfortunately, these moments are becoming rare in my life. But one should never give up. Every now and then, magic can still happen.