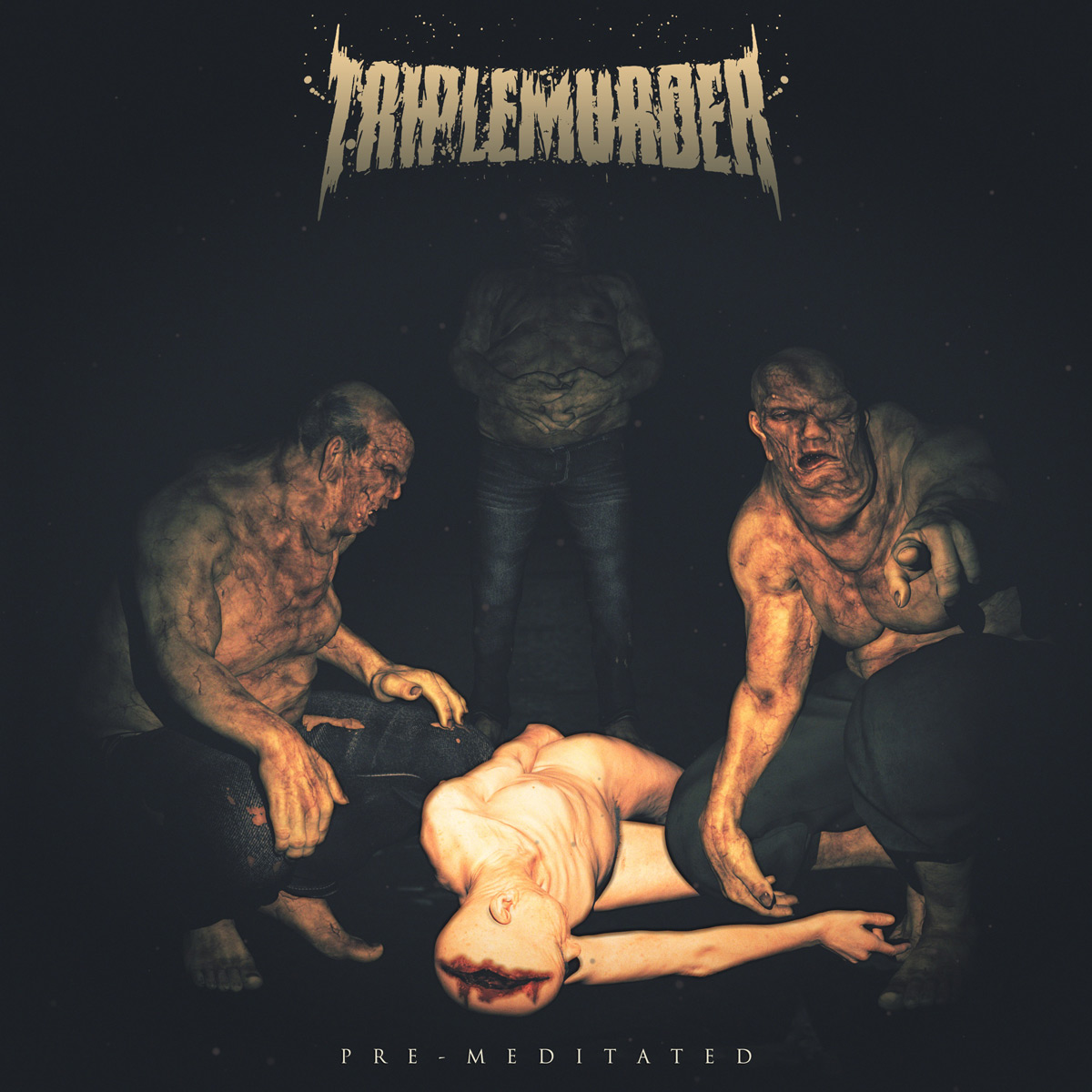 TripleMurder is a 4-piece metal band from Ottawa, Ontario Canada. We formed as a group in spring of 2018 and started playing shows in October the same year with vocalist Mike Eron, Guitarist Maxwell Fortin-Proulx, bassist Erich Mueller and drummer Zachary Lemay. Since then we have recorded and produced our debut EP (Pre-meditated) and performed with Unearth, Jinjer, Avoid, The Northern and others.

Our latest release is called ‘Pre-Meditated’. we bounced some other title ideas around for a bit but we ended up deciding that this really fit the idea of the EP a bit better than anything else we had come up with and it really kind of encapsulated that we had put some real effort into it and it felt like a fitting title for our first release that, we feel, keeps in the theme of the band and the subject matter within the ep itself.

The thing is we have a hard time describing the overall sound on the ep because we have such a wide range of influences within the band. There’s a lot of Pantera and Lamb of God type groove in there, but we also have some hardcore stuff going on and a lot of metalcore and death metal influences. we like to joke that we’re a groove core band.

we recorded the whole EP ourselves and naturally, sometimes there would be complications and it’s not that we didn’t know what we were doing but we were just bad at doing it. One of the stories around that is that we recorded the drums in our drummers bedroom, we knew that we wanted a live drum sound, so we would spend maybe a few hours once or twice a week for a few weeks recording there and we think the result we got was actually pretty good, all things considered, although his neighbours definitely did not appreciate it as much as we did, we could hear them banging on the door even over the drums. We would also, forget to bring things to the sessions all the time so, at one point, I think for Ready to Bleed, we forgot a stand for the kick mic and we ended up duct taping the thing to a stand that was being used for overhead, shoving it as close to the drum as we could and we just ran with it. The guitars were recorded in a jam space that was about an hour drive from where we live, and we would go up there a couple of times a week in between drum sessions. that was a challenge as well because it would just be the two of us (Erich and Max) and if things weren’t happening that night, we would sometimes just camp out up there with some blow-up mattresses until we got it right.

We are all movie lovers, and I’d say we definitely draw inspiration from old horror movies, but I think there’s a variety of things that inspire us. We have a song on our ep called “Boogeyman” which is about exactly what it sounds like it is. The myth of the boogeyman and the pure evil creature that it is. We try to paint a picture with the song, and I guess we do that with some imagery and elements that could be straight out of an old cheesy horror movie.www.facebook.com/Triple.redruM