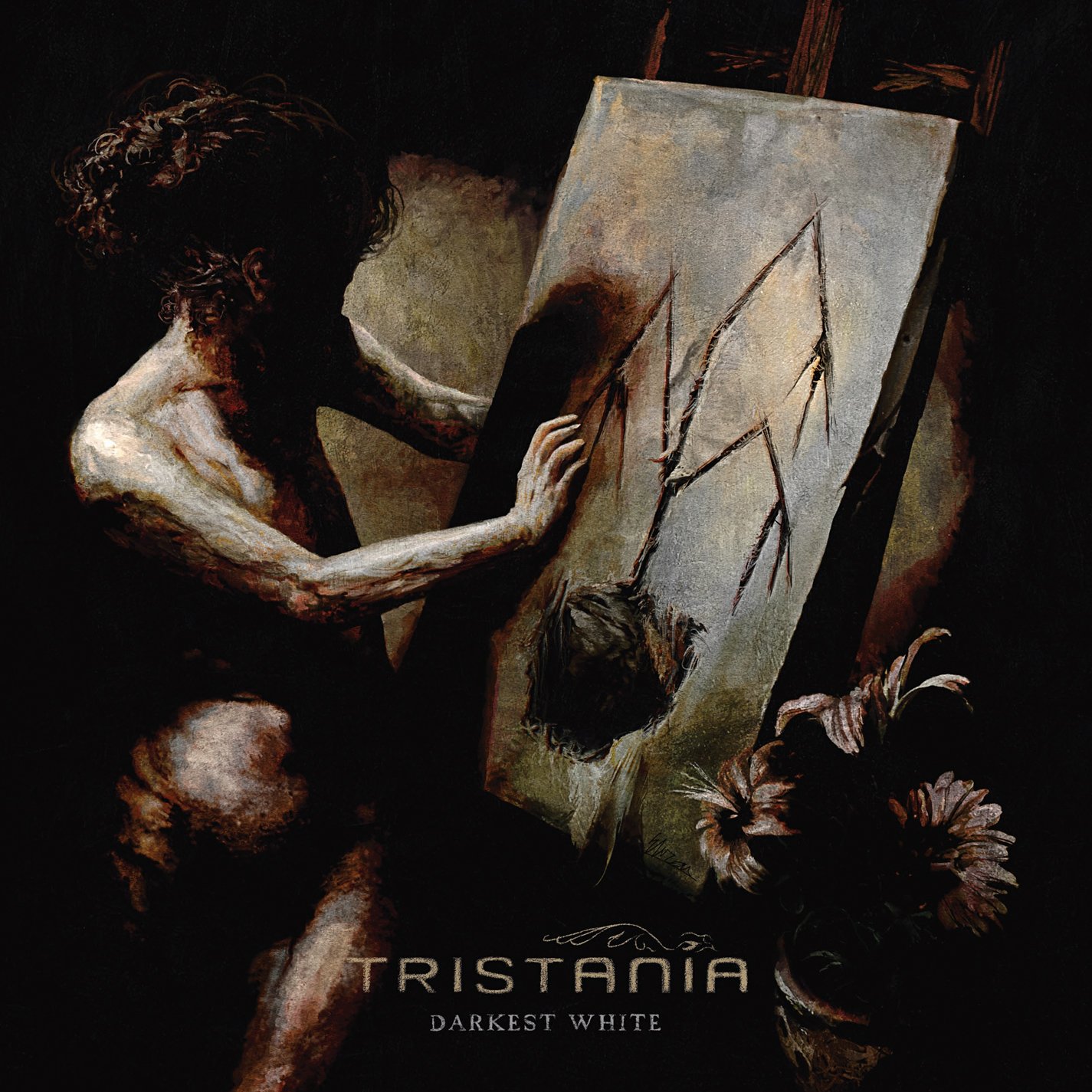 The Norwegian Gothic Metal pioneers revolving around charismatic front lady Mariangela Demurtars have the gift to combine heavy tunes with emotional finesse. This combination was brought to perfection on “Darkest White”, which was produced by Christer André Cederberg (e.g. Anathema). He has certainly given the album a new level of depth and brilliance. The album is filled with numerous details, diverse arrangements, a great atmosphere, beautiful melodies and just the right amount of heaviness. I spoke with guitarist and vocalist Anders Høyvik Hidle about their new album, the art and the symbolism.

Tristania: Thanx a lot. It’s a pleasure to talk to you.

HMA: You have recently released “Darkest White”. What can you tell us about the record in terms of the work and effort that went to it?

Tristania: Although the work intensified a lot the last year before the release, we used almost three years since Rubicon on this album. I have been participating on quite a lot of records with different bands now, and can honestly say that there has been put an extreme amount of effort into this album compared to what I have experienced before. Lots of sweat, some tears and maybe even a little bit of blood.

HMA: The title “Darkest White” is really intriguing and it does have a duality feel to it, how did you come up with it?

Tristania: When the suggestion came up, it was the duality of it that hit us the most. It suits very well to both the music and the lyrics. It sums up the album in a very good way in my opinion, and is also a catchy name without being a cliché.

HMA: How do you describe the sound and style?

Tristania: Darkest White is very much Tristania anno 2013. Having used Rubicon and the years after on perfectioning the creative cooperation inside the band, our new album is both looking forward, but on the same time respecting our past. With four capable singers, I think we do have a unique sound, and we try to make the most of the many possibilities within the band to make the most out of every part of every song. Darkest White is a more mature album than Rubicon, and explores progressive and extreme elements more than the 2010-album. Yet the melancholy is still an important ingredients as often before.

HMA: If you have to compare it to your first album “Widow’s Weed”, how as the band moved or progressed since then?

Tristania: “Widow’s Weeds” were written when the boys were at a young age, and everybody involved in that album should be (and is) proud of the importance of it. 15 years ahead I am happy to say that the musicality and maturity has brought the band further. If you listen to the two albums I am sure you would recognize quality as a joint value, but it wouldn’t be hard to decide which album was written most recently. Tristania like to say that we are exploring new music on each and every album, bringing in new inspiration on each release, so the progression between Widow’s Weeds and Darkest White has been a steady and slow one with lots of stations on the way.

HMA: The cover art is by Eliran Kantor. What kind of direction was decided to depict the album?

Tristania: Our biggest aim for our new album was not to do any compromises, musically, lyrically or visually. We wanted all elements to suit each other and while the music and lyrics always will be controlled by the band, we need to rely on somebody else to understand our ambitions when it comes to artwork. Luckily we came in contact with Eliran early on. He new about the history of the band, and after explaining a bit about our ideas, and sending him a few demos plus all the lyrics for the album, Eliran came up with an idea which suited 100 percent. He told me afterwards that he used an entire weekend reading the lyrics over and over again, and wanted the cover art to reflect both the mood and the themes of the lyrics. The cover is one of my very favorites ever, and the decision on working with Eliran was an important one to fulfill our ambitions for Darkest White.

HMA: The symbols makes one-wander… can you tell us what they mean and how were they conceived?

Tristania: I guess you are talking about the flowers. Without destroying people’s own perceptions about what it means, I think it’s obvious that the beautiful flower changes when being processed though this persons mind. The output is quite different from what we see. Indirectly this is a theme for many of Tarald’s lyrics on Darkest White.

HMA: A different approach in style to your previous records?

Tristania: As I touched into in one of the previous question, I think it’s a progression in approach more than a whole different one. We explored pop’ish song structures on Rubicon, which was extremely challenging and exciting, and felt the need to go into a more progressive and extreme approach this time. Again with challenges and excitement. We’re very happy with the outcome.

HMA: Would you still call the style “Beauty and the Beast”?

Tristania: Personally I wouldn’t. There are still both beautiful and beast’ish elements in our music but they vary from person to person, from song to song, depending on what the song needs. I think the traditional “Beauty and the Beast”-terminology is much more conservative than that.

HMA: I believe the record had some great reviews?

Tristania: Amazing. If we had bad reviews I would probably have argued that they don’t mean anything, but of course it is positive for the band when so many reviewers understand what we were trying to do. That would probably also mean that fans do the same, and as long as the band manage to communicate with the listener through an album, I think the album is a success.

Tristania: Yes, quite extensive, actually, on more than one continent. We have accepted a few offers, and are basically waiting for all the technical stuff to be sorted. So there will be tour news from Tristania quite soon, hopefully.

Tristania: Thank you so much for your support, and hope to see you and your readers on one of the upcoming tours.