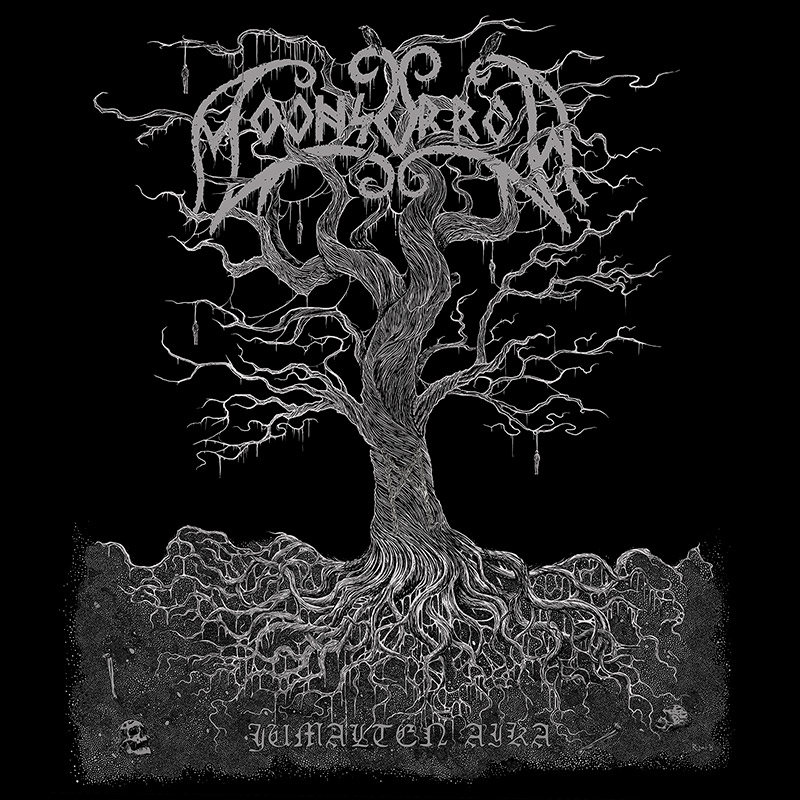 Well, I have been drawing, ever since I was a kid, so it has been natural for me. I have no education for this, basically learning for myself. I met guys from Ensiferum in the mid 90´s, and I did early logos for them, and the logo they are using now. After that I did a cover for the their ´97-demo, so that was the beginning in this area. After that the word just spread, and more and more people got to know my work.

My technique I would say it’s quite intuitive, meaning that especially with logos, I rarely sketch things through. I usually just start to play with ideas and see where it leads. It’s hard to describe my drawing technique, never actually thought of it. Worst case scenario is when clients say “Do something, we trust you”. It doesn’t mean anything, and they give me ideas after I have done something. So it’s frustrating, and usually, I demand some kind of ideas at least. But that is rare, usually bands now what they want, at least some rough ideas. I usually want to know few things before I start to work.

I think music and art they are strongly connected. Artwork can create a strong sense of what to expect from the music. If you look old Iron Maiden and Motörhead artworks, it suits the music perfectly, and creates a world of it’s own. And other way around, shitty cover art can make stay away from the music that could have been ok. But it´s the whole thing, if the music and the visuals are supporting each other, it´s perfect. At Least it should try to be that way.

Symbolism has been interesting since the early age, and it helps to create such imagery. So most of it comes naturally. Sure it helps to create, and strong symbolism is always fascinating, both visually and spiritually.

I do take a lot of photographs. It can be anything, streets, trees etc. Even with my phone, if I don’t have a camera with me. Cemeteries seems to be one of the favourite places to take pictures, I wonder why? So, new ideas often comes when editing the photos. Or just looking artwork and photos other people have made. Basically, everything around me is inspiring. Be it in negative or positive way.

I do watch lots of films and series, and they do influence sometimes, it can be small things, colors, atmosphere etc. It can be anything. Mythology and religion can be inspiring aesthetically, and I like to visit old cemeteries and churches with my camera. Alcohol is a great source of inspiration too sometimes.