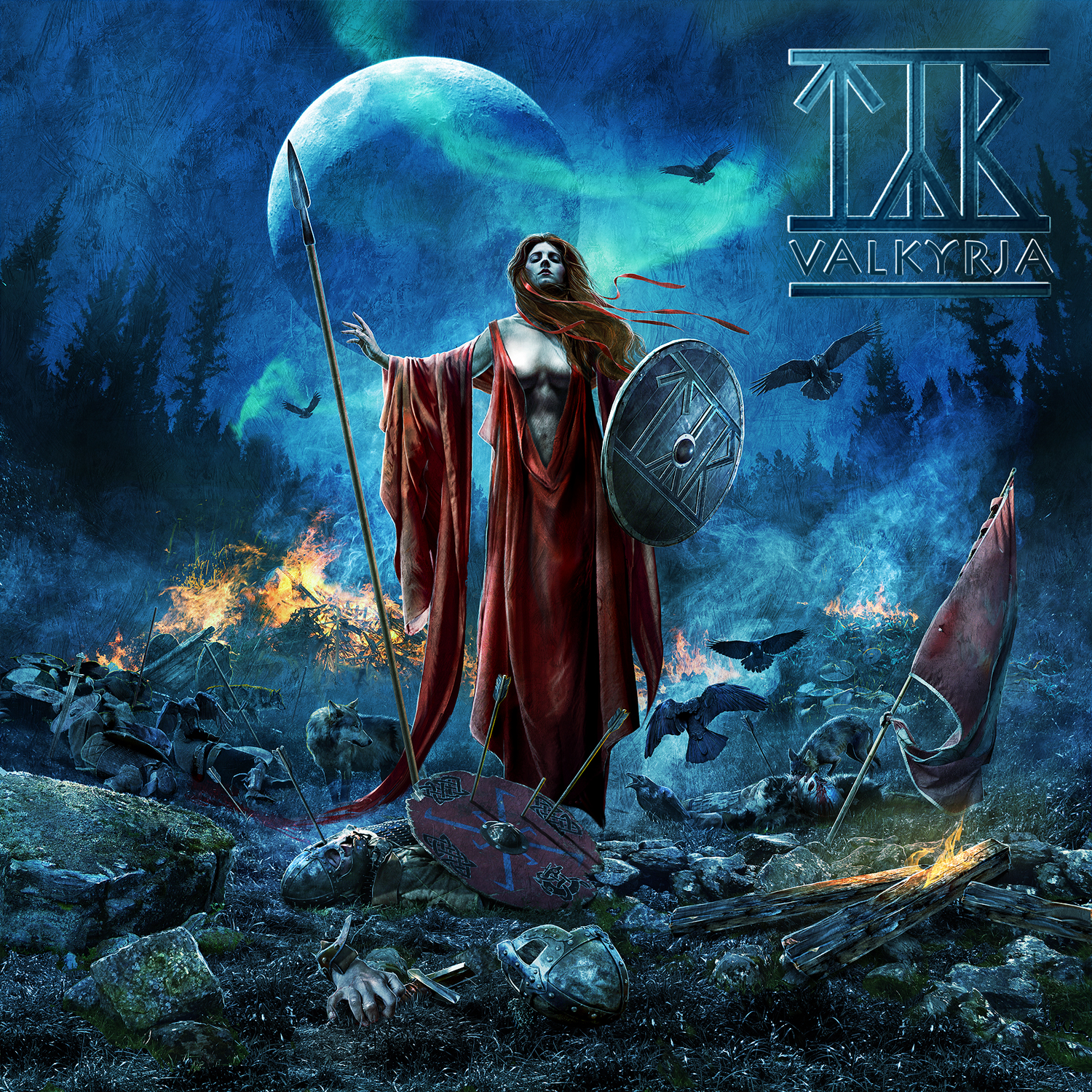 Valkyrja, the 7 full-length album from the Faroe Islands natives TÝR, is a concept album with a story line based loosely around an nameless Viking age warrior who leaves his woman and goes off to impress the Valkyrie on the battlefield so that she may bring him to Valhalla, or to Fólkvangr, the home of Freyja—the goddess associated with love, sexuality, beauty, fertility, gold, sorcery, war, and death. One can say the album is also indirectly about women and how they affect men and what men will do to impress and obtain women. Recorded at Hansen Studios in Ribe, Denmark with Jacob Hansen who handled production, mixing and mastering, the band began writing guitars and drums for Valkyrja over a year ago with melody lines and arrangements being handled in the studio. “I had the story outline and approximate titles very early in the writing process, but only very late, maybe almost too late, did I write the actual lyrics,” comments Heri Joensen. The band’s drummer, Kári Streymoy, parted ways with TÝR after the band completed their US run on Pagan Fest and before they entered the studio so TÝR enlisted George Kollias who stepped in to handle recording duties on Valkyrja. In terms of what the band hopes fans take away from the album, bassist Gunnar H. Thomsen states “I hope they will enjoy it and they like the new direction as well as (guitarist) Terji’s bigger involvement in writing and George’s drumming. We had a more upbeat direction without changing TÝR’s style.”

HMA: Most of your records have Norse Mythology, Paganism, Faroese/Nordic Lore as central theme and identity. Right?

TYR: Yes, that is true. Our music is based mostly on Nordic music tradition and the texts on Nordic history and mythology.

HMA: Apart from being part of your heritage and history, why are these stories or subject so important? Why are they so relevant nowadays?

TYR: It may be that Christianity is on the decline in Europe, and the entire western world, and people now become increasingly interested in what were the indigenous European mythologies. Still they’re only as relevant as we make them, and I want to point out that I don’t take mythology literally! I just happen to have great respect for Nordic tradition and I involve the myths to the degree I see fit. I could easily make the same point without them, but I think they lend rhetoric weight and authenticity to our cause, and besides I just like them.

HMA: “Valkyrja” Chooser of the slain. Can you tell us about the record?

TYR: The “Valkyrie” hovering over the battlefield with a spear and a shield, come to fetch the fallen, to bring him to Valhalla or to Fólkvangr. This is probably our best cover so far. I must give Gyula full credit for this. All I said was that I wanted boobs on the cover, sometime very early in the process. Terji asked for fire and carnage. Everything else you see is the work of Gyula, and I think he outdid himself. We are very pleased with this indeed. Valkyries are female figures in Nordic mythology; carry those who have died bravely in battle from the battlefield to Valhalla and to Fólkvangr. Valhalla is the hall of Odin and Fólkvangr is the realm of Freyja, goddess of sex, among other things. The artist, Guyla Havancsák at Hjules Illustration & Design, got the texts and storyline that we had at the time and drew based on that. I think he did a fantastic job.

HMA: There is an incredible sense of history and cultural identity in your work. Do you think that in other parts of the world, let’s say India they will start developing their own brand of Heavy Metal with Hindu Gods and Hindu mythology?

TYR: I don’t know, I haven’t seen anything like that yet, but why the hell not?

TYR: Thanks for the interview. Hope to see you sometime on tour.