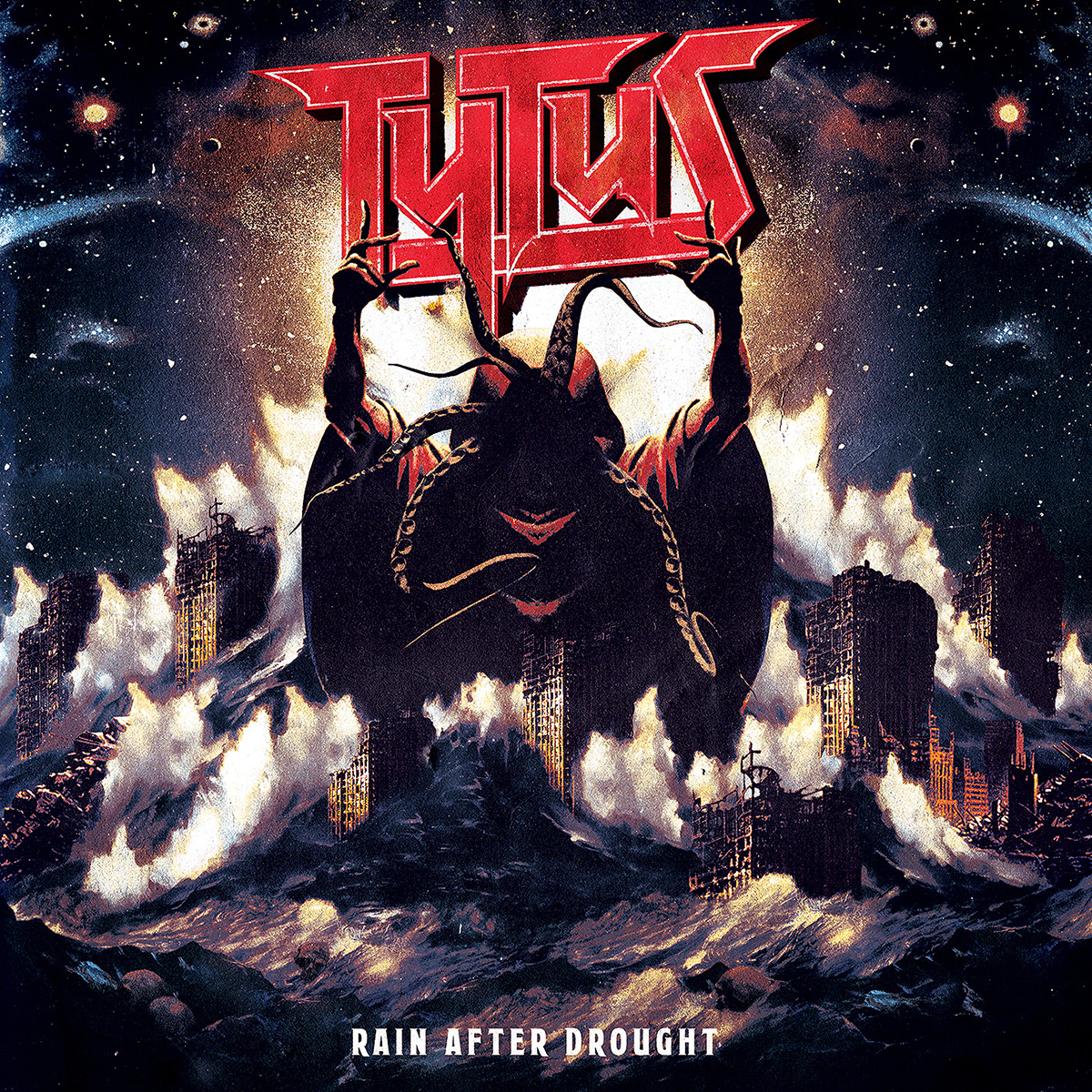 Rain After Drought by Markey Moon

Tytus rises in 2014 from the ashes of the punk rock ’n’ rollers Gonzales, sharing the same line-up. In zero time we came up with the first 7” Ep ‘White Lines’, edited by the 3 labels Ghost Highway (Spain), Kornalcielo (Italy) and Self Destructo (USA). Immediately after we toured Spain and France. We lost singer and drummer just before recording ‘Rises’, our first album, and that’s when Frank came in on drums, Ilija took main vocals and we started to kick out the jam for real! ‘Rises’ came out for the American label Sliptrick Records and immediately after we played ‘Metaldays’, some other minor festivals and toured extensively while composing new material for the second album ‘Rain After Drought’. It saw the light in January 2019 for Fighters Records and here we are promoting it live as hell. Our music is a straightforward sound assault that pays homage to every incarnation of heavy metal! There are speed and melody, power and introspection, social analysis and a lot of fun!!

We were in touch with Solo Macello because we love his style and we noticed this Chtulu-like tentacular monster of his. We thought it was perfect to fit in with the concept of our album, which is all about water, exploitation of resources and apocalypse. Basically the whole cover has been built around that character. We were looking for a sort of visual “metal” metaphor to represent what we talk about in our lyrics. We told the artist our ideas, gave him the tracks to get in the mood and everything just flowed naturally. And we finally got this tentacular “turbocapitalistic” monster that after depauperating our fragile world rules on nothing in the end.

We normally don’t date the creating process, we just let the inspiration knocking to our door when it naturally comes by itself. And when it happens we better try to remember what the hell was going on at that moment… that’s why having an own recording studio is great. And there it goes, we record some ideas trying to find a nice recipe to create good heavy metal stuff; this is basically the main principle! Some say it is really hard to make new music nowadays, especially if you play such a sucked out genres like classic heavy metal …everything has been already done …everything is gone …new music has nothing to do with the good old one, etc. We don’t want to agree with this theory; this is an important principle too!!! We believe some of the best songs in music history still wait to be written (ah ah!!!) and of course, we know, if we want to be between the ones who make it, there are some composing rules to follow in order to be coherent to the music style we play. We prefer to take these rules as a guide instead of limitations, otherwise what you’ll get in your pocket could be, for the umpteenth time, just a copy of something already existing. Being personal and various playing NWONHM is for us more like a blood oath than a principle!!!

There is definitely a common concept about water, greed and saving the planet. We have been inspired by the recent fights of North Dakota Sioux Tribe against the building of an oil pipeline across their Standing Rock Reservation. This is a severe menace to their sacred forests and, even worse, to their clean water reserves. And it’s a perfect example of what’s happening all around the world: Nature is being devastated for the sole profit of ruthless lobbies with the complicity of governments of any colours, and the support of too many careless people hypnotised by completely unsustainable lifestyles. The direct consequence is going to be a climate disaster with water playing the main role: extensive desertification, devastating hurricanes, ice melting at the Poles, rising of the oceans… on the other hand, because of pollution, then, drinking water will be difficult to find, so it will become big money and something to make wars for.  We know this stuff since at least 30 years, Nuclear Assault were already screaming the same things in 1989, and nothing really changed. It’s about time to move our asses. Or get ready for the apocalypse.