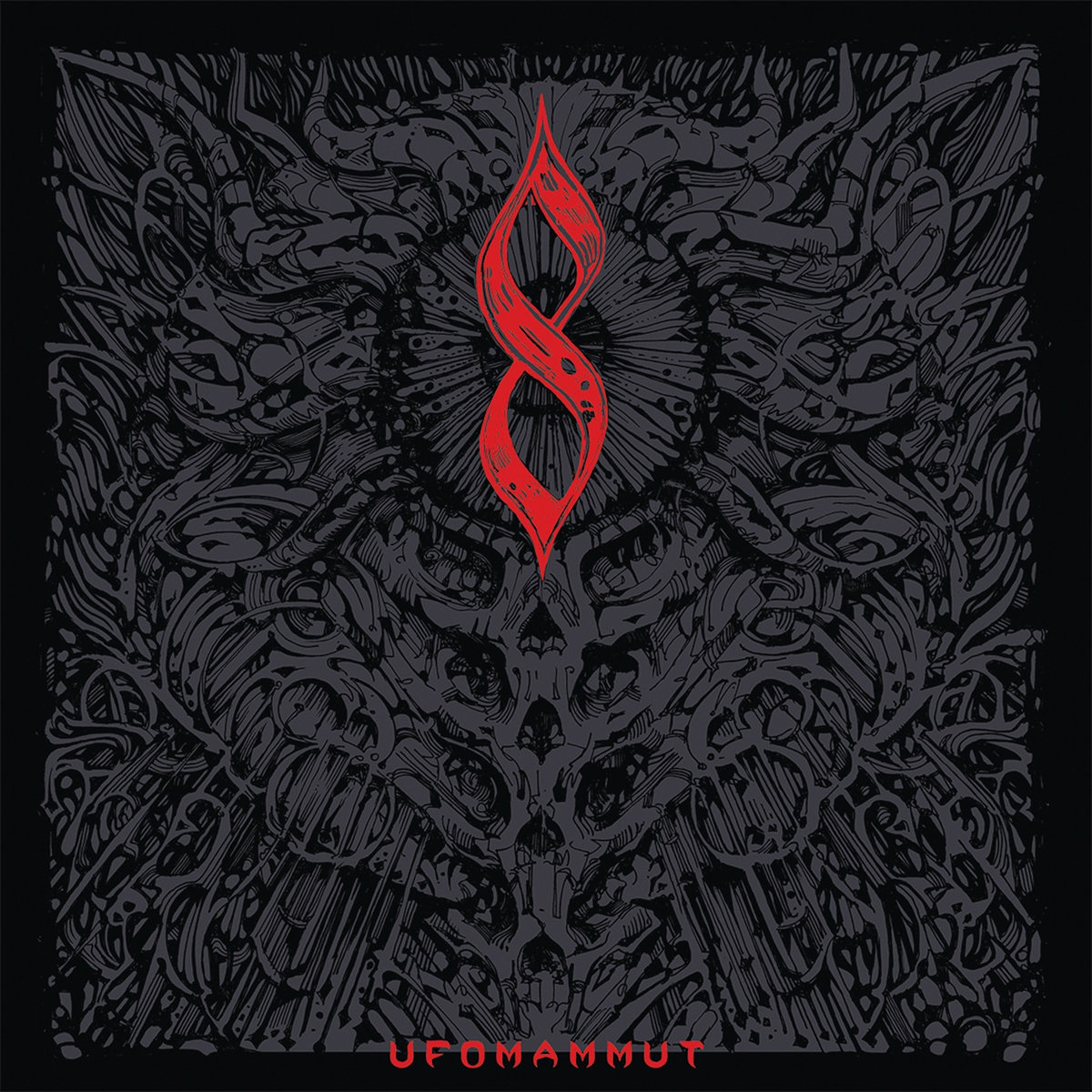 To infinity and beyond

Ufomammut is a power trio formed in Italy in 1999 by Poia, Urlo and Vita, a lineup that has remained stable since. The trio has developed a sound characterized by lengthy songs centred on repeated heavy riffs coupled with droning vocals and the use of sound effects and synths. ‘8’ is the Ufomammut’s 8th album, comprised of 8 tracks that flow into each other without interruption: each track expands upon the preceding song, unfolding into an exceedingly dense and malevolent journey, resulting in this being Ufomammut’s most extreme venture yet, with no room for breathing space in the 48 minutes. Ufomammut’s status as one of the most potent, powerful and artistic contemporary doom artists in existence continues to captivate the masses, and the band’s worldwide grasp grows wider with each release. Ufomammut’s live show is supported by the internationally acclaimed video and graphic art of Malleus, a rock artists’ collective of which Poia and Urlo form a part, who conjure the entirety of Ufomammut’s visual impact.

HMA: What can you tell us about your new record ‘8’?

Urlo: 8 is Ufomammut’s 8th album,  consisting of  8 tracks flowing one into each other without any interruption. This flow is the sonic representation of the infinity symbol, the algebraic lemniscate that You can obtain by rotating 8 horizontally – ∞ –The infinity symbol, as the number 8, are continuous lines meeting in the middle of their movement and we read this as the continued togetherness of the essential elements of the band – the three of us – since the beginning of the band’s history. Another important thing concerning the title: we choose “8” because there ’s not a unique pronunciation possible since 8 is to be spoken in every language. A way of breaking barriers and boundaries. There is a different and more powerful energy in this new album, because we recorded it in a different way compared to our previous works, playing live together in the same room, under the hands of our live sound engineer Ciccio and his project FEMORE for production purposes. Overdubs were used only for vocals, synth sounds and small details. The song structures are a different evolution of what we did before, in some way it’s a more complicated record even if it’s very straight. Also, the entire approach to it has been different, from composition (it’s probably been the longest composition time we had for an album) to recordings to vocals and instruments.8 surely represents a  new path for us.

HMA: How would you describe your music?

Urlo: Ufomammut music is surely heavy/psych listening, with roots in the past ( hard and heavy rock, psychedelia, also punk and progressive rock…) and branches towards the future. We like also contaminations with sounds and noises from all over the world and other genres too. We want to stay curious about what’s new in the music scene. But the main thing is to be ourselves, with our own style and attitude.  We don’t want to replicate any other band sound. Music is everything for us. All comes from Music and it’s the main reason we do what we do, both as a musician and as graphic artists (Poia and I are, together with Lu, 2 of the three of the poster art collective Malleus). When we have to create new music or new graphic, we start from a blank page, we start from zero and when the first note comes it’s like a line of pencil on paper, other lines come to create an image and then, little by little, colors and inks become notes and notes, bass, guitar, drums and vocals and then synths to create even more soundscapes. When we create we just let our souls go, as much freedom as we can, without any boundaries and rules. We don’t want to sounds like something else and that’s why we try to forge everything that is around Ufomammut from the inside. All the artworks of the band are by Malleus:  all the album covers, tour posters and also the visual we have behind us when playing. It’s a way to keep the control of what we do. We’re a sort of punk band, a DIY entity that loves to take care of everything.

HMA: And your writing?

Urlo: There’s not a codified recipe, especially when we write new music. We try to create something mostly for us: music is an escape from everything else, it’s a path to another world, a totally different one. And we want this path to lead us to our own Ufomammut’s world. We try to create always something different from what we’ve already done. We jam a lot when we are writing new stuff, even if some of us comes with a riff, we forge it and we transform it till we reach the final shape of the song. About recordings, as said above, we decided to enter the studio altogether and play the new album live. We wanted this album to sound real and powerful, we wanted it to sound like what we are when playing live. We wanted to feel the power of these songs and we didn’t want to record them instrument by instrument without knowing how they’d be at the end like we did for all the previous albums. We needed to feel them and hear them immediately to know the value of what we were doing. And I think we’ll record everything this way, from now on.

Urlo: We all agree on some bands, Pink Floyd and the Beatles are the cornerstones of the three of us. Then, Vita is the real “metalhead”  in the band and he surely picks bands like Slayer, Motorhead. I would say Sex Pistols and Bobby Beausoleil and Poia the Melvins and Nightstick. Then we could add the Prodigy because they’re pure power and Beastie boys because they’ve been one of the coolest bands on this planet.