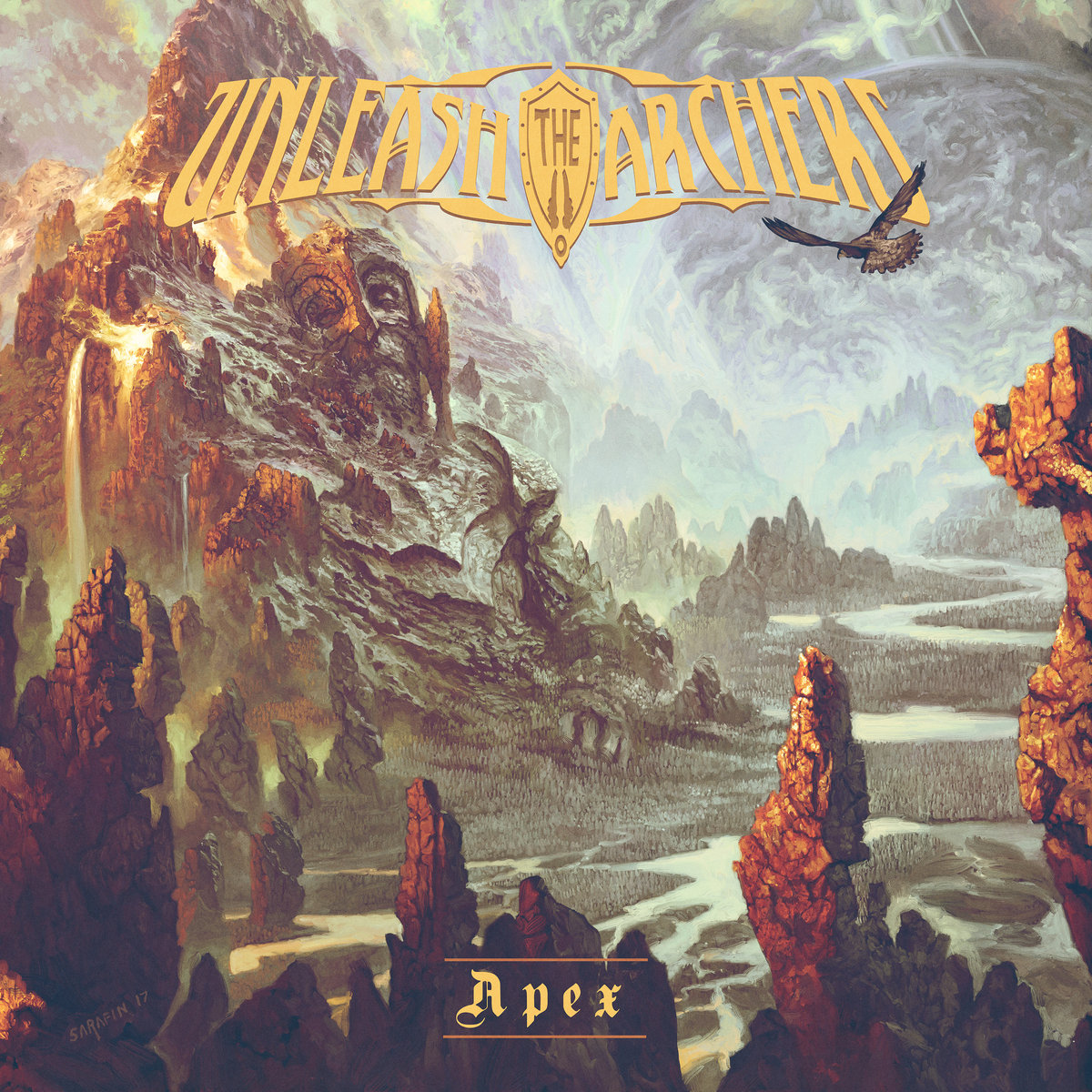 Those that choose to listen to it make it real; the fans, the ones that dig deep into the albums they love and find the stories written there or make up their own. It doesn’t matter what you write about so long as it means something to you, and so long as it touches the lives of others and says something unique to them as well. Music has no rules, singing about reality doesn’t make the music real, it’s just another way to express opinions, emotions, thoughts, dreams… You can do that by singing about the fantastical as well; it’s just veiled in themes and imagery that don’t necessarily occur in everyday life.

I don’t think it’s escapism so much as imagination. Some artists are enthralled by mountain landscapes, some by busy city streets, others by the intricacies of the human face. I think that fantasy artists are just inspired by what’s inside their mind instead of what is tangible and visible right in front of them. Drawing a distant land shrouded in myth and mysticism doesn’t mean you would prefer to live in that state of mind, it is just an image that took form in your mind and was then poured out into the real world. The story of our latest album Apex, and the subsequent album artwork that accompanied it was just that. An image and a story that formed in my mind and needed to be expressed on paper and in melody. It’s true that I find reality boring and hope that the music of Unleash The Archers will help people escape the monotony of daily life, but the artwork was simply one artist’s expression of the emotion found within the story and not an escape at all. I don’t know too many pieces of art in particular, but I do have some artists that I enjoy that have some incredible pieces.

Raymond Swanland – This guy has done a lot of fantasy novel covers, as well as Magic: The Gathering cards, comic books and video games. I first discovered his artwork on the Black Company omnibuses, and some of those covers remain my favourites to this day. http://www.raymondswanland.com/Pages/Illustration%20Gallery/Illustration29.html

John Alvin – I don’t know if this counts, but John designs movie posters, and I have always loved the one he did for my favourite movie of all time, Willow J http://www.impawards.com/1988/willow_ver2.html

Chris Achilléos – Of course, I have to include the iconic artwork for the movie ‘Heavy Metal’ featuring Taarna mid-flight with her sword held high… That particular piece of art has always been very inspirational for me, because the warrior-woman image is a big part of UTA’s image, and has been what I have based quite a bit of my songwriting on. http://www.chrisachilleos.co.uk/film-work/heavy-metal.html#!achilleos_taarna_1912

Sana Takeda – Now here is a fantasy artist that I will follow anywhere. I recently discovered her at my local comic book shop as the artist for ‘Monstress’, which is a relatively new series that I have been enjoying immensely. Much like Rick Remender or Brian K Vaughan, from now on when I see her name on the cover of a series it will be an instant buy. http://www.sanatakeda.com/monstress.html