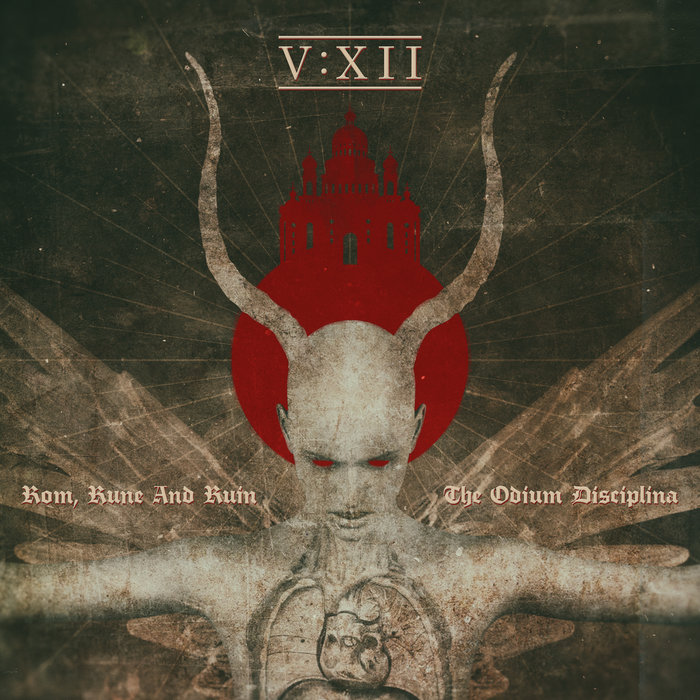 Rom, Rune And Ruin. The Odium Disciplina by Daniel Jansson

I have been active in the extreme music scene since before 2003. Releasing albums ranging from Black Metal and Doom Metal to Experimental, Industrial and Noise. My main focus is on V:XII and experimental doom metal band Culted, where I handle the vocals and additional sounds and noise. 5:12 or V:XII started in Sweden 2018 as an evolution of my past endeavours in Black Industrial project Deadwood that to me had run its course. V:XII gave me a new start to evolve and explore sound without the limitations I had made for myself in the past.

V:XII is derived from Romans 5:12 (or ROM V:XII) “Therefore, just as through one man sin entered into the world, and death through sin, and so death spread to all men because all sinned—”. I searched for a name that could represent the music but still have some significant meaning to me. And it was a long process to find something that worked for the overall concept of sound and still had some meaning and soul behind it. And to me, it works on many levels, from enlightening the fear tactics of religion to describing the sound of the music without clouding the listener with judgment before sitting down and taking it all in.

‘Rom, Rune And Ruin. The Odium Disciplina’ describes the tracks and the themes of the album. Rom was a referral to ROM 5:12, the passage that named the project. Rune, since lyrically, had many inspirations from runology and the old Norse, and the same goes for Ruin. The Odium Disciplina is the packaging it all goes into. It delivered in a malignant tone. I liked how it all worked together, and since this is the debut album of this project, it just made sense. The title as a whole felt like a nice introduction for the whole project, not just the album, so I went for it.

I can imagine that most will find Rom, Rune and Ruin a pretty straightforward Death Industrial album. And I guess it is, but it was a leap forward with more focus on structure and beat for me. I don’t want to call it easy to listen to since it’s quite a dark album. But I feel it has more accessibility than my Deadwood albums. More focused. More Structure. My inspiration can come from about anywhere, be it other people’s music or just a sound I hear when taking a walk. Or a thought that seems to appear out of nowhere. When working on the album, I listened to many bands such as Trepaneringsritualen and Author and Punisher; I think that bleeds through on some tracks. Other than that, I hear and am inspired by music ranging from Punk, Metal and Noise to Ambient and singer-songwriter stuff and more.

To be honest, I have never felt a part of any genre or style. I have always considered myself an outsider, even when talking about the genres of music I have been involved in. So, no. I guess I would define it as both spiritual, intellectual, and inspirational. It’s what has pushed me towards being creative all my life. The darkness inside that needs an outlet, a vent. To keep it all balanced. It is searching the soul and mind for the answers that we need to stay sane and not hide from the truth—empowering yet humbling at the same time. There are different ways to wield it, and you must find your way, be it spiritual or intellectual. It’s your choice.