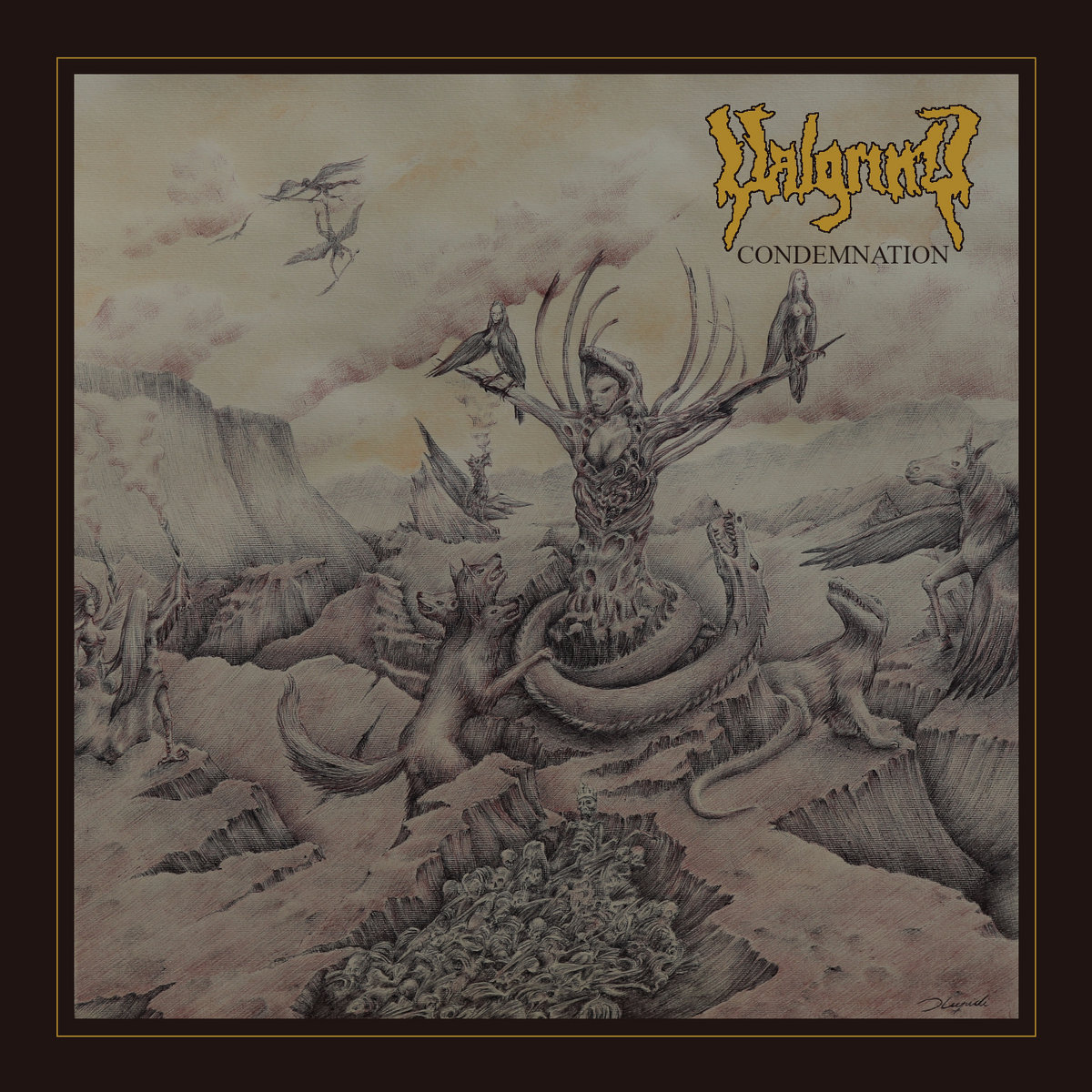 Valgrind was born from the ashes of the ultra-underground act Necrospell in 1993 as a death-black project with extreme and melodic influences. During the following years, the band released four demos and developed its style, combining the main influences (early Florida death metal) with a passion for the epically dark atmospheres of bands like Candlemass and early Paradise lost. Disbanded in 2003, the strong will to return on stage of both founding member and main songwriter Massimiliano Elia and vocalist Daniele Lupidi (also frontman of Hateful) made Valgrind’s return possible in 2008. With the addition of new motivated members, the band released the debut ‘Morning Will Come no More’ in 2012. A few shows supported the release in Italy, Germany, Holland and Sweden. In 2016 the band delivered the sophomore album ‘Speech of the Flame’ (Lord of the Flies Records). The music strays away from some early influences to become more personal, while the lyrical concept deals with the darkest sides of the ancient Mediterranean civilities. An Ep called ‘Seal of Phobos’ followed in 2017, and only one year later, Valgrind delivered its most ambitious work to date on Everlasting Spew records, the third full length in the band’s history. Blackest Horizon saw an increasing level of technicality in the guitar department while retaining the old-school vibe of the previous works. The band supported the album with some memorable shows, including Helsinki Deathfest in 2018. Valgrind entered the studio in mid-2019 to record the fourth full-length album ‘Condemnation’. Lyrical inspiration for this chapter comes from the myths of legendary creatures and beasts in various ancient cultures. The band consider this record as the perfect mix of all the previous albums, strengthened by the best Valgrind production so far.

We are Valgrind from Italy, and we play traditional death metal with dark epic lyrics inspired by ancient civilities myths, cults and historical events. I (Daniele Lupidi) worked personally on the cover; I did all our official releases so far. With Valgrind, I try something new with each new artwork and this time, I draw the cover using mainly coloured Bic pens, an intriguing technique I was eager to put on paper. The album is lyrically connected to the ancient myth’s beasts, and my idea was to condense all these animal and divinities in one image. I wanted it to look like an old forbidden parchment capable of narrating incredible stories. I love the work of artists like Seagrave, Wahlin, Benscoter. The first that comes to my mind is Entombed’s ‘Clandestine’ cover; it would be a good choice, I think. I also create artworks for other bands; check www.facebook.com/danielelupidiartist for more info.

We just concentrate on creating the best songs possible. The bands we cherished in the past were capable of doing great, memorable yet extreme tunes, and we’d like to continue this tradition. Max (Guitarist) have a distinctive style; he always comes up with something interesting. Myself (Vocals, bass) and Gian (Drums) complete the arrangements and put our twist in the mix. We are a well-oiled machine after all these years.

Our benchmarks are the early death metal band of the golden era (the early nineties), especially the US ones. Morbid Angel, Deicide, Possessed, Death all contributed to plasmatic our sound. We just added our European sense of melody and some classic metal vibes here and there.

What inspires me? Books, movies, visual arts. I know it’s banal, but inspiration could come from anything. In general, as Valgrind, we tend not to be inspired by contemporary matters too much. The past, the ancient past, is our main imagery.

As briefly explained before, the album has a main “topic”, so to say. Each track is about a different beast or entity dwelling in ancient cultures and religions worldwide. Egypt, ancient Japan, Norse mythology were added to our usual Mediterranean imagery this time. We think that the obscure and mysterious atmosphere of the lyrics completes the music perfectly.